Ice Bucket Challenge Has Led to a Major ALS Breakthrough

Slacktivist/schmacktivist 'Ice Bucket Challenge' leads to yet another ALS breakthrough! 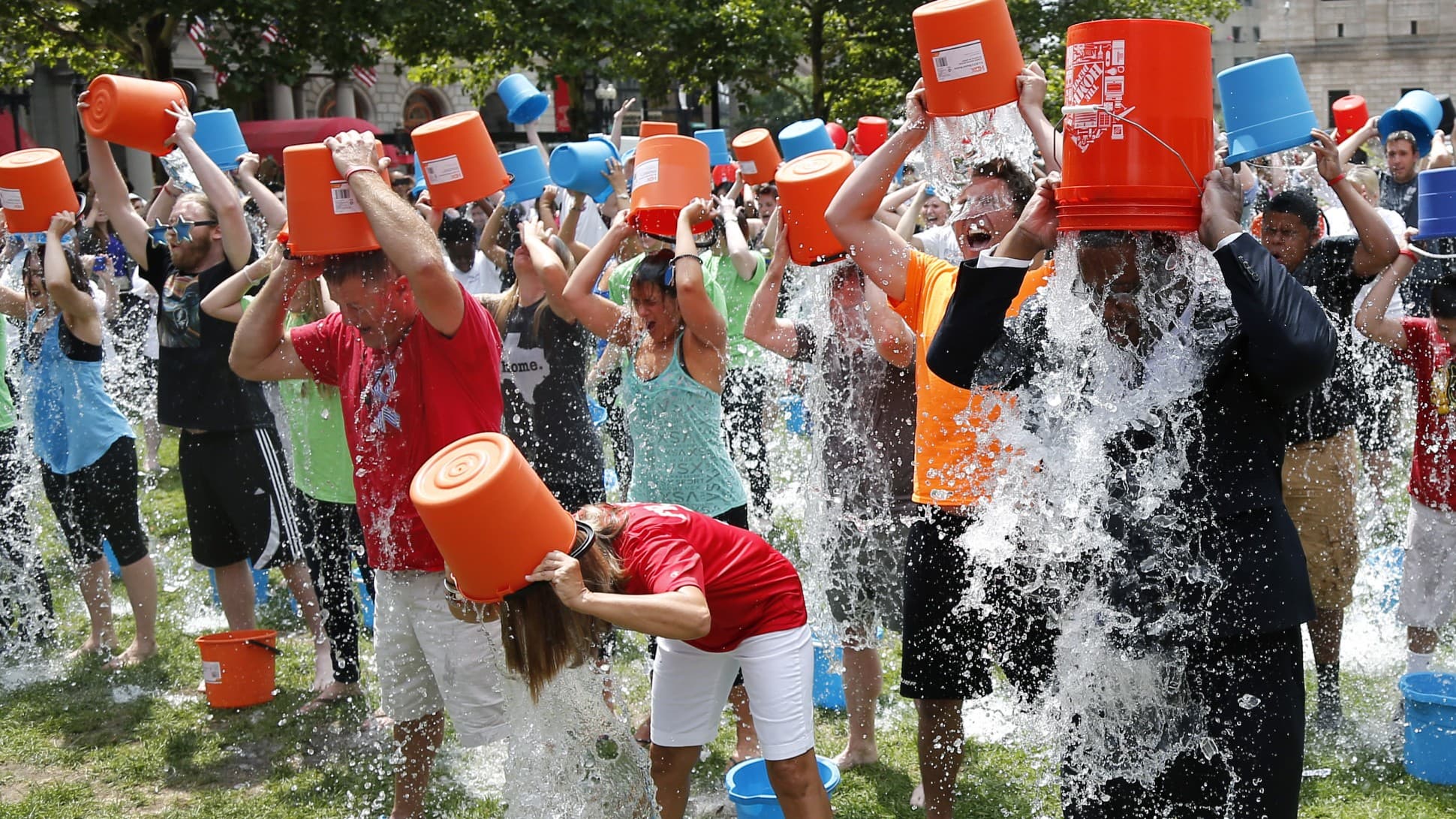 Back in the summer of 2014, your Facebook feed was overflowing with countless videos of friends, relatives, and even celebrities participating in the 'Ice Bucket Challenge.' These clips showed the likes of Sir Patrick Stewart, Bill Gates, Will Smith, along with, probably, your Great Aunt Betty dumping buckets full of ice water on their heads all in hopes to raise awareness for Amyotrophic Lateral Sclerosis (ALS), or Lou Gehrig's Disease.

ALS is a, currently, incurable neurological condition that causes the death of motor neurons. The condition could be either inherited or sporadic. According to the ALS Association, the disease progresses, "eventually taking away the ability to walk, dress, write, speak, swallow, and breathe and shortening the life span." Fifteen new cases are diagnosed each day in the US, alone.

Despite all of the negative think-pieces the trend generated, the videos had a direct hand in raising over $100m in just 30 days!

Finally, the world is seeing the fruits of their chilly labor. One of the beneficiaries of the generosity fueled by the challenge, Project MinE, reports a newly discovered gene present in both inherited and sporadic cases of ALS.

The Guardian reports Project MinE as "a large data-driven initiative funded by the ALS Association through ice bucket challenge donations..." The project involved sequencing the genomes of 15,000 ALS sufferers. Their findings were published on Monday in the journal Nature Genetics.

One of the study's co-authors, John Landers, directly attributes dollars gained during the proliferation of the challenge. "It is a prime example of the success that can come from the combined efforts of so many people, all dedicated to finding the causes of ALS. This kind of collaborative study is, more and more, where the field is headed," he proclaimed.

The discovery was a truly international effort. Some 80+ researchers from 11 countries collaborated on the discovery. The gene, NEK1, has only been associated with about 3% of all cases. However, finding the gene in both inherited and sporadic cases could lead to researchers having new avenues of treatment open to pursue.

Lucie Brujin, the chief scientist for the ALS Association, stated "The discovery of NEK1 highlights the value of ‘big data’ in ALS research. The sophisticated gene analysis that led to this finding was only possible because of the large number of ALS samples available."

This discovery is not the first development attributed to the stunt. The summer of 2015 also brought some new findings. Researchers from Johns Hopkins found a previously unknown accumulation of a specific protein to be an indicator of the disease.

Read This Next
Futurism
Scientists Just Cloned Monkeys. Humans Could Be Next.
Futurism
Using DNA, New Software Can Verify Identity In Minutes
Futurism
Reprogramming Stem Cells Could Soon Lead Us to a World Without Paralysis
Futurism
Know Your Scientist: Stephen Hawking
Futurism
Researchers Develop Therapy to Halt Progression of ALS in Mice
More on Hard Science
Horrible Geese
Dec 4 on futurism
Furious Geese Are Defeating Humans, Scientists Find
Quacks Like a Duck
Dec 1 on futurism
Those Headlines About Scientists Building a Wormhole Are Total Nonsense, People
It From Bit
Nov 22 on the byte
A Scientist Is Crowdfunding an Experiment to Check if We Live in a Simulation
READ MORE STORIES ABOUT / Hard Science
Keep up.
Subscribe to our daily newsletter to keep in touch with the subjects shaping our future.
+Social+Newsletter
TopicsAbout UsContact Us
Copyright ©, Camden Media Inc All Rights Reserved. See our User Agreement, Privacy Policy and Data Use Policy. The material on this site may not be reproduced, distributed, transmitted, cached or otherwise used, except with prior written permission of Futurism. Articles may contain affiliate links which enable us to share in the revenue of any purchases made.
Fonts by Typekit and Monotype.