Makemake has a moon! 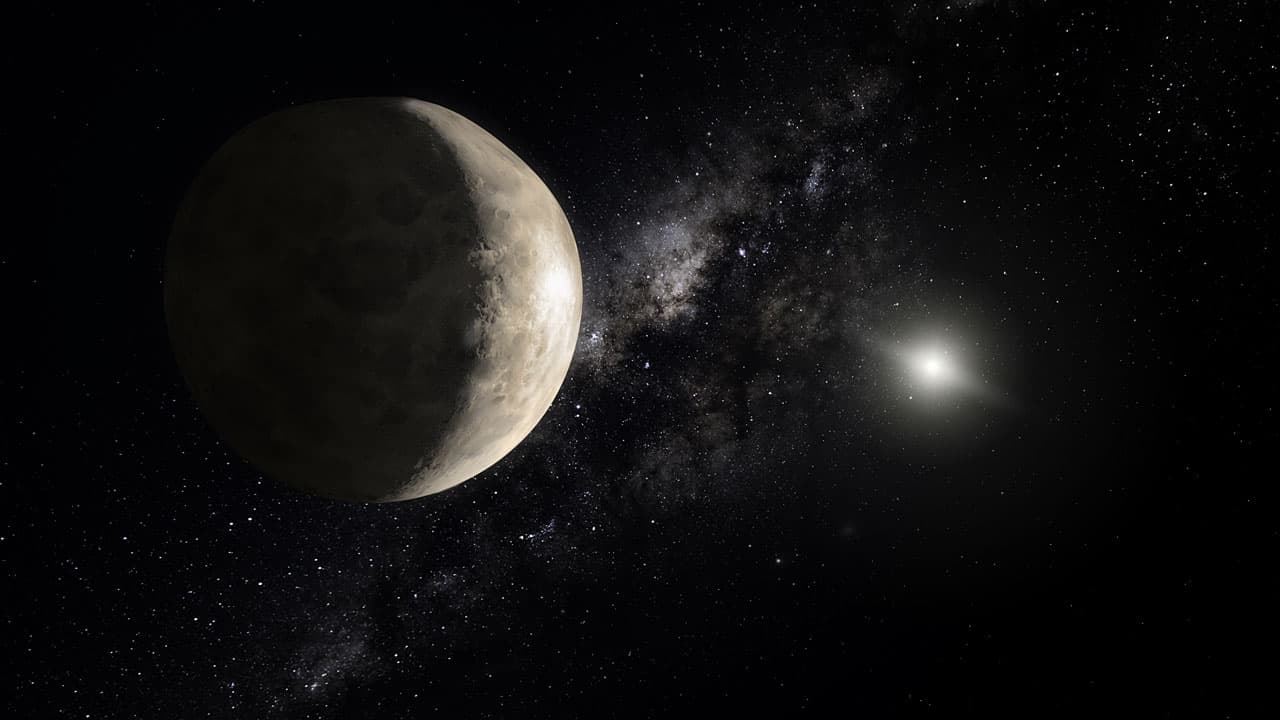 Makemake, a dwarf planet located in the Kuiper Belt, is recognized as the only distant dwarf planet without a satellite...or so astronomers thought.

Recently, astronomer Alex Parker discovered that the tiny planet actually has a companion, thanks to data from the Hubble Space Telescope. The newly discovered moon is temporarily nicknamed MK2, the friendlier version of S/2015 (136472) 1.

MK2's host planet, Makemake, is the second brightest icy dwarf planet, and experts believe that it's the reason why the moon has remained invisible, along with the sheer darkness of those parts of the Solar System. The tiny moon is estimated to be 161 km (100 miles) in diameter, orbiting Makemake at around 20,900 km (13,000 miles) away, and is 1,300 times fainter than the planet. In spite of all that, the tiny moon was able to reflect just a bit of light for Hubble to see.

Parker stated that MK2 will give more information about its host planet at greater detail, adding that Pluto's mass wasn't even known until astronomers discovered its moon, Charon.

Read This Next
Next Time
NASA Cancels First Launch Attempt of Uber Expensive Moon Rocket
Back to the Moon
NASA: SpaceX Only Has to Prove It Can Land Astronauts on Moon, Not Bring Them Home Again
Moon Vacation
NASA Finds Holes on the Moon Where It's Always a Comfortable Temperature
Expect Delays
Scathing Report Admits NASA Is Years Behind Moon Landing Schedule
Astronaut Drip
We Just Got the First Peek at NASA's Artemis Moon Landing Suits
More on Off World
Centrifugal Motion
Yesterday on the byte
NASA Tests System to Fling Satellites Into Sky Using Huge Centrifuge
Universally Cool
Yesterday on the byte
Madman Builds "Entire Universe" in Minecraft
I'll Allow It
Wednesday on the byte
SpaceX Ground Control References "Mean Girls" During Astronaut Launch
READ MORE STORIES ABOUT / Off World
Keep up.
Subscribe to our daily newsletter to keep in touch with the subjects shaping our future.
+Social+Newsletter
TopicsAbout UsContact Us
Copyright ©, Camden Media Inc All Rights Reserved. See our User Agreement, Privacy Policy and Data Use Policy. The material on this site may not be reproduced, distributed, transmitted, cached or otherwise used, except with prior written permission of Futurism. Articles may contain affiliate links which enable us to share in the revenue of any purchases made.
Fonts by Typekit and Monotype.