How to Stream "Thursday Night Football" on Amazon 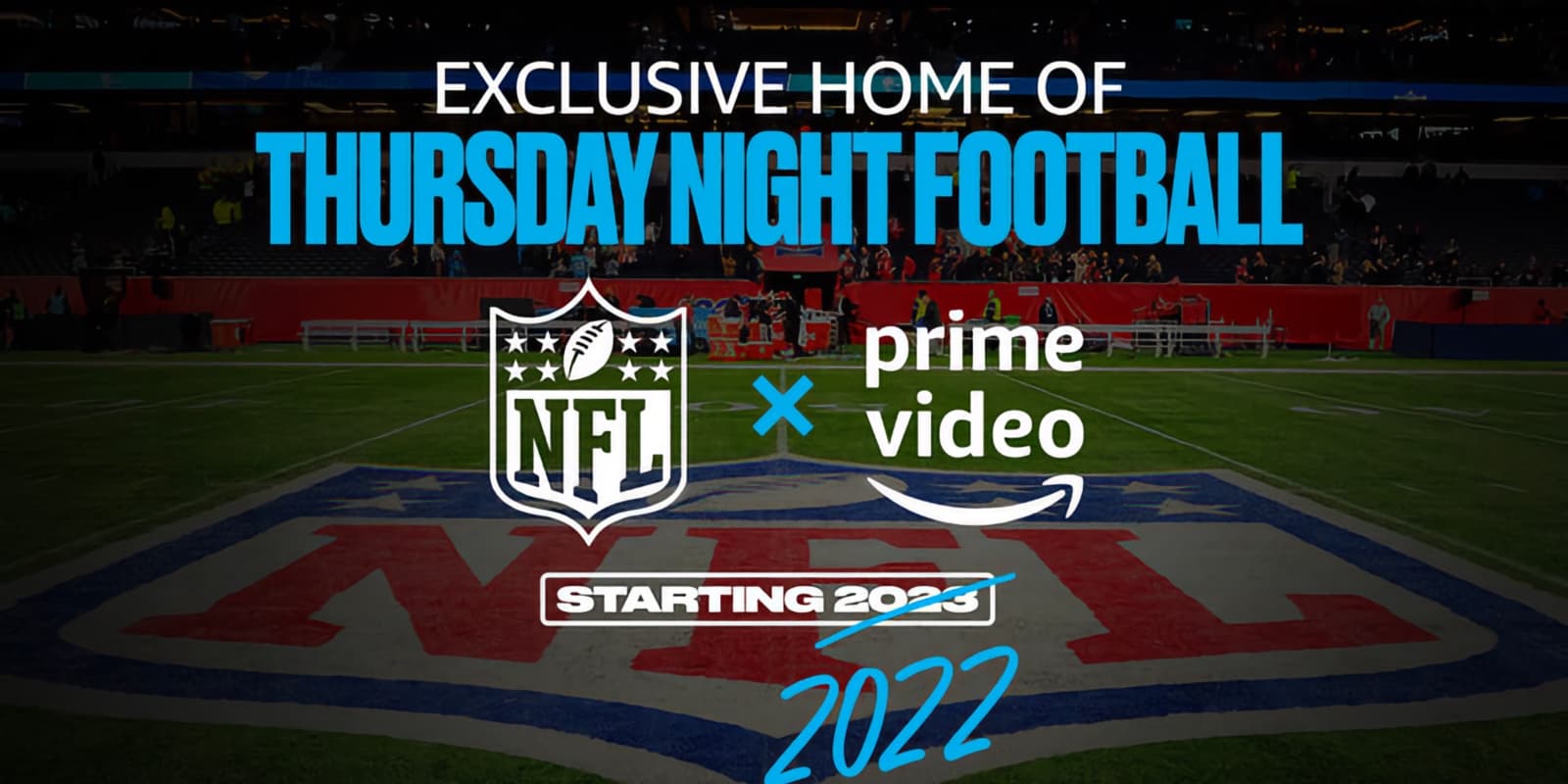 Now you can get the football you want right from your phone. The NFL and Amazon inked an 11-year deal to make Prime Video the exclusive place to watch Thursday Night Football, which kicks off tonight with a match between the Kansas City Chiefs and Los Angeles Chargers. You'll be able to stream a total of 15 games between now and December 29th.  Matches will air every other week, although there’s a three-week gap between the fourth and fifth games because of Thanksgiving.

The hour-long pre-game coverage for each match will begin at 7 p.m. ET with the live broadcast of TNF Tonight, which leads right into kickoff at 8 p.m. ET. During the game, you’ll have the opportunity to switch between commentary tracks conducted by Al Michaels and Kirk Herbsteit, or TNF with Dude Perfect. Live commentary of the games will also be available in Spanish. Once the match is over, you’ll be able to watch the TNF Postgame Show and TNF NightCap, which provide insights about what happened on the field.

Amazon’s deal with the NFL is notable because it turns Thursday Night Football into an additional perk for Amazon Prime subscribers. There’s no separate service to sign up for, no new account to make, no additional fee — if you have an Amazon Prime subscription, you get to watch these 15 NFL games live. If you’ve never signed up for Amazon Prime before, you can get a free 30-day trial and watch the first five of this season’s Thursday Night Football games for free.

An Amazon Prime subscription costs $139 per year or $14.99 per month and comes with perks ranging from free expedited shipping on most items to free photo storage and access to exclusive deals. If you’re only interested in using Amazon Prime to stream Thursday Night Football games, your best bet is to subscribe to the monthly plan and keep your subscription active for three months. Conveniently, this will also allow you to use Amazon Prime’s free shipping perk during the holiday season.

One of the biggest benefits of sports moving from broadcast TV to streaming services is the ability to watch these games wherever you are, on the device of your choice. If you’ve got the Prime Video app on your phone, you can watch Thursday Night Football while you’re out of the house. If you’re in your living room, you’ll be able to stream the games on your big screen using media streaming devices like the Fire TV Stick or Roku Express. Watching live sports on the internet has typically been a nightmare because of byzantine licensing agreements between major TV stations and sports leagues, but this Thursday Night Football partnership between the NFL and Amazon is the exact opposite.

If you’d like to catch the Kansas City Chargers square off against the Los Angeles Chargers , you’re going to need to have an active Amazon Prime account to do it. You can sign up for a subscription — or 30-day free trial if you’re new to the service — right now to get yourself ready well before kickoff.