How Long Will Take Humans to Evolve? What Will We Evolve Into? 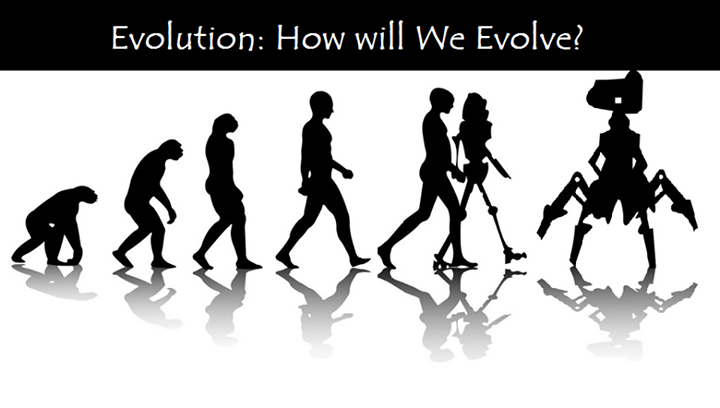 Generally speaking, when talking about the evolution of our species, there are two modes of thought. Some people go on and on about how we will transition into something superhuman—humans that have brains the size of small cars, amazing psychic capabilities, and Superman-like physical prowess. Others claim that humans are no longer evolving physically—that technology has put an end to the brutal logic of natural selection and that evolution is now (essentially) dead.

So, what's the real answer?

As always, it is found somewhere in the middle. Undoubtedly, we are still changing. A 2009 study by the University of Pennsylvania found that, by 2409, women (on average) will be .7 inches shorter (2 cm) and 2 pounds heavier (1 kg). Of course, the scientists in charge of the study note that such small changes could be negated by something as simple as a change in diet. Does that mean that we might not change or evolve?

No, not at all. It just means that it is exceedingly hard to predict what those changes will be or when they will occur. You see, evolution is a very slow—painfully slow—process. So, despite evidence that human evolution still functions, it's anyone's guess where it will lead us. Artificial selection (such as genetic manipulation or eugenics) could effectively supplant natural selection and allow us to modify ourselves…to determine our own course. Along these same lines, a lethal pandemic or other natural disaster (like a world-ending asteroid) could suddenly make natural selection the prime determinant. Ultimately, in order to predict what future humans will look like, we need to be able to predict the future (something we can’t do, alas).

If populations aren't isolated, crossbreeding makes it much less likely for significant mutations to take hold. And many argue that this is exactly where we are now. Humans travel all across the globe, reproducing with people from different cultures. This means that specific genetic mutations are not cultivated and reproduced, but tamed and controlled.

Hypothesis 2: We Will Continue to Evolve According to Specific Culturally Driven Trait Selections

We still have the ability to select who we mate with, and our choice is largely determined by cultural factors. For example, we value high intelligence, toned physique, large breasts, etc. If these desirable traits remain somewhat constant, it is possible that they will lead to human evolution. We will become smarter and more physically fit. Along these same lines, we already have the ability to monitor the fetus while it is still in the womb (noting desirable and undesirable traits alike). Individuals could decide to abort offspring with unwanted traits, or use genetic manipulation to ensure desired qualities. In both of these cases, traits that are culturally valuable are propagated.

It is possible that we will transcend our biological bodies and incorporate technology into our biological systems. People who see this as the fate of humanity assert that we will become “transhuman.” We may become cyborgs—part human and part machine. We may even scan our brains and transfer ourselves entirely into machines. Nick Bostrom, director of the Future of Humanity Institute at the University of Oxford, states, “such beings would be able to travel at the speed of light as an information pattern, download themselves into robots for the occasional stroll through the real world, think faster when running on advanced operating systems, and cut their food budget down to zero.”

If we ever make it off Earth, we are going to have to adapt to a totally new environment. This new world may have a different gravity, which could result in a decrease in muscle mass. Many alien worlds are hotter or colder than our own, and they receive different amounts of radiation from their stars. As such, the amount of melanin in our skin may alter, and this could change our skin color or give us super powers!! (I kid. Too much radiation wouldn’t give us super powers, just skin cancer or some other terrible thing).

Either way, most agree that a major change will be needed in order for humans to truly evolve. And we likely won’t even notice these changes as they occur. John Hawks, an anthropologist at the University of Wisconsin-Madison, notes that, “Despite up to 30,000 years of partial isolation among populations in places such as Australia and Papua New Guinea, human speciation did not occur….if you think about it, a small group of people went on a one-way voyage to [the Americas] 14,000 years ago, and then when new people [Europeans] showed up 500 years ago, they were still the same species.”

The only way to truly discover the answer to this question is to freeze yourself and wake up in a few thousand years, or even a few hundred thousand years (that's how long evolution can take, unless you are a bacteria or something...which we are not).

Read This Next
Futurism
Brain Implants Will Drive Our Evolution and “Extend Our Capabilities”
Futurism
Humanity Is About to Transition To “Evolution by Intelligent Direction”
Futurism
We May Be on the Brink of a New Age in Human Evolution
Futurism
Peter Diamandis Thinks We're Evolving Toward "Meta-Intelligence"
Futurism
The Next Stage of Evolution: How Will the Human Species Evolve?
More on Enhanced Humans
So Sue Me
Sep 28 on futurism
Battle Erupts Over Alleged Grisly Photos of Brain-Hacked Neuralink Monkeys
Synchron Eyes
Aug 23 on the byte
Frustrated With Neuralink's Slow Progress, Elon Musk Approaches Competitor
Futurism
Aug 4 on the byte
Air Force Pilots to Fight AI-Based Enemies Using AR Helmets
READ MORE STORIES ABOUT / Enhanced Humans
Keep up.
Subscribe to our daily newsletter to keep in touch with the subjects shaping our future.
+Social+Newsletter
TopicsAbout UsContact Us
Copyright ©, Camden Media Inc All Rights Reserved. See our User Agreement, Privacy Policy and Data Use Policy. The material on this site may not be reproduced, distributed, transmitted, cached or otherwise used, except with prior written permission of Futurism. Articles may contain affiliate links which enable us to share in the revenue of any purchases made.
Fonts by Typekit and Monotype.