"We plan to have this station in space and on the moon." 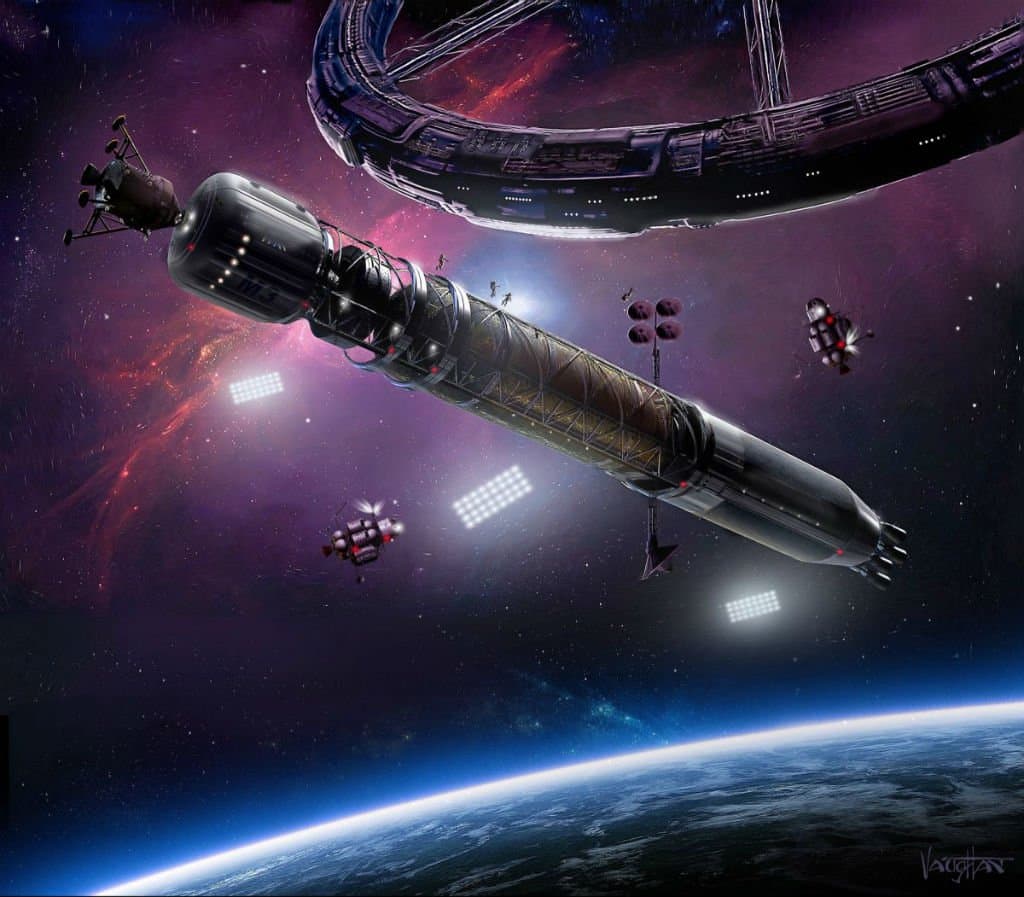 While it plans to someday host a moon colony and space station, the proposed space-based nation Asgardia is starting small: The project will launch its first satellite this fall to store data for the nation's newly selected citizens. Some 200,000 were chosen from the more than 500,000 applicants.

During a press conference in Hong Kong on June 13, Asgardia's founder, Igor Ashurbeyli, revealed concrete details about the satellite: Asgardia-1 will be deployed from Orbital ATK's Cygnus OA-8 resupply spacecraft launching in September.

The satellite is 10 x 20 x 20 centimeters (3.9 x 7.9 x 7.9 inches) and has eight batteries and four deployable solar arrays. It will orbit at up to 500 kilometers (310 miles) above Earth. Texas-based space-services firm NanoRacks acts as the satellite's prime contractor and operator.

Someday, Ashurbeyli said, he hopes to create a planetary-defense constellation that will help protect against asteroids, solar flares and human-made space debris; this satellite is just the first step.

During the conference, Ashurbeyli also described plans for a space station and moon colony. "We plan to have this station in space and on the moon," he said. "It will be a four-level orbital station. I think the technical details will be defined by the Ministry of Science, which I hope we will have in the autumn of this year."

Ashurbeyli didn't provide additional details, but Asgardia has released imagery of the potential off-Earth locations. One image shows a rotating-wheel space station alongside an interplanetary rocket, and another shows, presumably, the interior of that space station with a wall of windows, a canal and greenery. The rocket has a habitation module and a lunar lander that looks like a cross between the NASA Orion spacecraft and the 1960s Apollo program lunar lander.

The approved applicants for Asgardian citizenship will be invited to vote on a constitution for the space-based nation on June 18. At that time, Ashurbeyli said, the organs of the proposed state — the ministries, parliament and executive branch — should be created. Ashurbeyli is calling June 18 Asgardian National Unity Day, and the date will be a public holiday if the state is realized.

More than 500,000 people applied for Asgardian citizenship online within 20 days when the project was announced in October last year. The organizers removed ineligible people, such as children, and were left with almost 200,000 people from about 200 countries. (Now, the website lists more than 210,000.) The approved applicants have each received personal certificates of Asgardia and can vote to approve the lawyer-designed constitution on June 18. The constitution was published on June 13.

Of the citizenship applicants, 80 percent are men, and the largest demographic comprises 18- to 35-year-olds. While there are applicants from almost every country on Earth, China has the most applicants, followed by Turkey, then the United States and then Italy. People can register as prospective Asgardians on the website.

Asgardia is being funded by Ashurbeyli's nonprofit Aerospace International Research Center (AIRC), based in Vienna. He said he expects that once Asgardia's constitution is approved, the state will be built by its citizen volunteers and Asgardia will become self-funding. Ashurbeyli said he expects to file for United Nations recognition by April 2018, if Asgardia's parliament and government have been set up and the satellite launched before then, he said during the conference.

In the meantime, AIRC owns Asgardian intellectual property. The company will collect, analyze and fund ideas and startups in space technology for the benefit of Asgardia. Ashurbeyli is also offering 300KB of free data storage on board Asgardia-1 for Asgardian citizens. Family members, up to a maximum of 400,000 people, will get 200KB. Another 1 million people will get 100KB.

"Sixty years after the launch of the first-ever artificial satellite, Sputnik, our own space satellite, Asgardia-1, will mark the beginning of a new space era, taking our citizens into space in virtual form, at first," Ashurbeyli said.

Ram Jakhu, the director of McGill University's Institute of Air and Space Law in Montreal, is the Asgardia project team legal expert. During the conference, he told the press that the Asgardian data stored on Asgardia-1 would be subject to U.S. privacy laws. The Asgardians' data will also be stored on future Asgardian satellites.

Read This Next
Futurism
We Talked To The New Leader of Space Nation Asgardia About What The Future Holds
Futurism
Soldiers Are Training in Virtual Environments Generated From Real Cities
Futurism
A Solar Powered "Forever Drone" May Be Replacing Our Satellites
Futurism
An Artificial Meteor Show May Light The 2020 Tokyo Olympics
More on Sci-Fi Visions
Human v. Giraffe
Tuesday on the byte
Chaotic Italian Fashion Line Baffles Facial Recognition Software
Step One
Tuesday on the byte
World’s Third Richest Person Says He’s Developed "Addiction" to ChatGPT
FROM THE DEPT. OF...
Tuesday on futurism
The Best Places to Buy A Laptop in 2023
READ MORE STORIES ABOUT / Sci-Fi Visions
Keep up.
Subscribe to our daily newsletter to keep in touch with the subjects shaping our future.
+Social+Newsletter
TopicsAbout UsContact Us
Copyright ©, Camden Media Inc All Rights Reserved. See our User Agreement, Privacy Policy and Data Use Policy. The material on this site may not be reproduced, distributed, transmitted, cached or otherwise used, except with prior written permission of Futurism. Articles may contain affiliate links which enable us to share in the revenue of any purchases made.
Fonts by Typekit and Monotype.