This discrepancy could have some serious consequences. 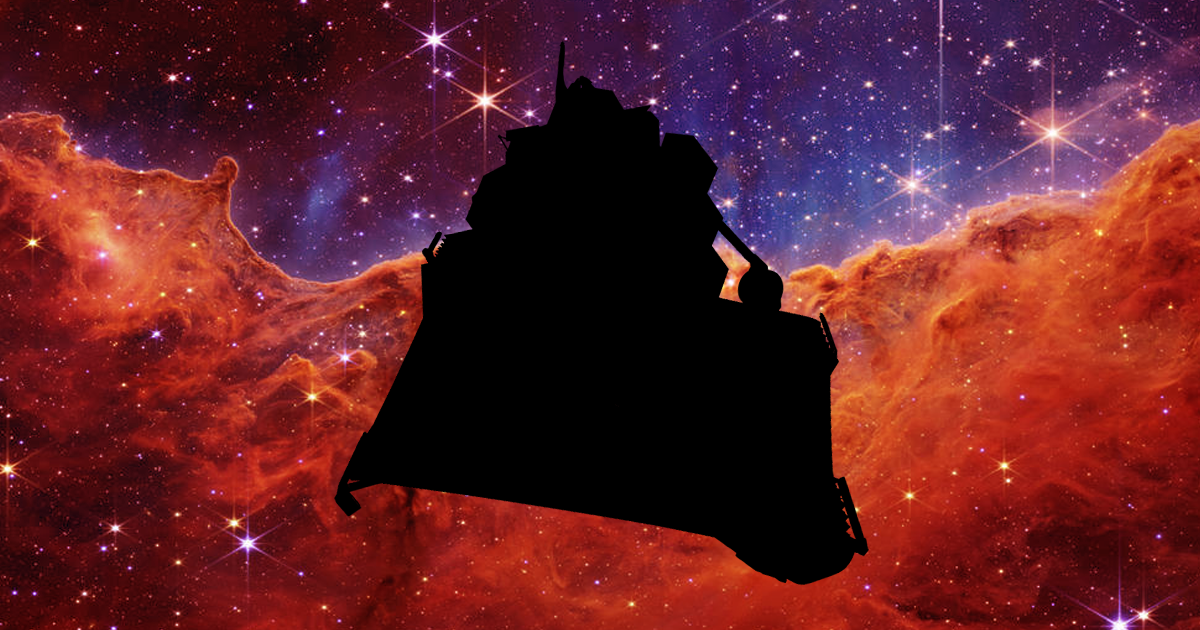 What if we told you that the James Webb Space Telescope may be lying to us?

It's not quite the stuff of meme fodder, but as a new study out of Harvard and MIT warns, there may be a glaring error in the models currently used by astronomers that could leave much of the scope's exoplanet data open to serious misinterpretation.

In the new study published in the journal Nature Astronomy, astronomers at the storied Cambridge, Massachusetts institutions claim that the way scientists currently interpret the JWST's firehose of data may not be up to snuff — and it may even undermine their ability to tell whether a planet is habitable.

The researchers determined in their study that researchers' current best opacity model, which they use to suss out how photons pass through a given material, "is not up to par with the precision and quality of data we have from the James Webb telescope," MIT planetary science graduate student Prajwal Niraula said in a university press release.

MIT assistant professor and study co-leader Julien de Wit explained the telescope's discrepancies by noting that "there is a scientifically significant difference between a compound like water being present at 5 percent versus 25 percent, which current models cannot differentiate."

As de Wit notes, the model that scientists are currently using on Webb data, which he describes as "Rosetta Stone" language translation and which is also used on data from the Hubble Space Telescope, is "doing OK." To more accurately decrypt important data like the makeup of planets' atmospheres, however, there need to be some serious updates.

"Now that we’re going to the next level with Webb’s precision," the assistant professor noted, "our translation process will prevent us from catching important subtleties, such as those making the difference between a planet being habitable or not."

To get to that bold warning, the researchers fed eight mocked-up collections of planetary data built to mimic the precision of Webb's information into the same "Rosetta Stone" to see how accurate its translation was. They found that the model "produced wide-ranging predictions for the properties of a planet’s atmosphere," per the MIT announcement, and upon hitting an "accuracy wall" would be unable to differentiate between a planet whose atmospheric temperature is 300 Kelvin and one that burns double that heat at 600.

"There is so much that could be done if we knew perfectly how light and matter interact," Niraula, the graduate student who worked on the study, said. "We know that well enough around the Earth’s conditions, but as soon as we move to different types of atmospheres, things change, and that’s a lot of data, with increasing quality, that we risk misinterpreting."

More Webb: Scientists Are Puzzled Because James Webb Is Seeing Stuff That Shouldn't Be There

Read This Next
Psychological Warfare
Experts Excoriate NASA Report Claiming James Webb Wasn't Homophobic
Origins Machines
The JWST's Data Is So Incredible That Even Those Who Built It Are Questioning Previous Science
Outing Life
Swiss Government Scientist Says We May Be on the Brink of Discovering Alien Life
Sun Gazer
Researchers Want to Use the Sun As a Giant Telescope to Look for Aliens
Tada!
NASA Officially Unveils First Set of Dazzling James Webb Images
More on Off World
Grrrrrrrr
Yesterday on the byte
Internet Erupts as NASA Spots Cartoon Bear on Surface of Mars
Gl1tc4
Yesterday on the byte
NASA Says Another James Webb Instrument Has Suffered a Glitch
comet Spotting
Yesterday on the byte
Behold! Dazzling Green Comet Approaches
READ MORE STORIES ABOUT / Off World
Keep up.
Subscribe to our daily newsletter to keep in touch with the subjects shaping our future.
+Social+Newsletter
TopicsAbout UsContact Us
Copyright ©, Camden Media Inc All Rights Reserved. See our User Agreement, Privacy Policy and Data Use Policy. The material on this site may not be reproduced, distributed, transmitted, cached or otherwise used, except with prior written permission of Futurism. Articles may contain affiliate links which enable us to share in the revenue of any purchases made.
Fonts by Typekit and Monotype.