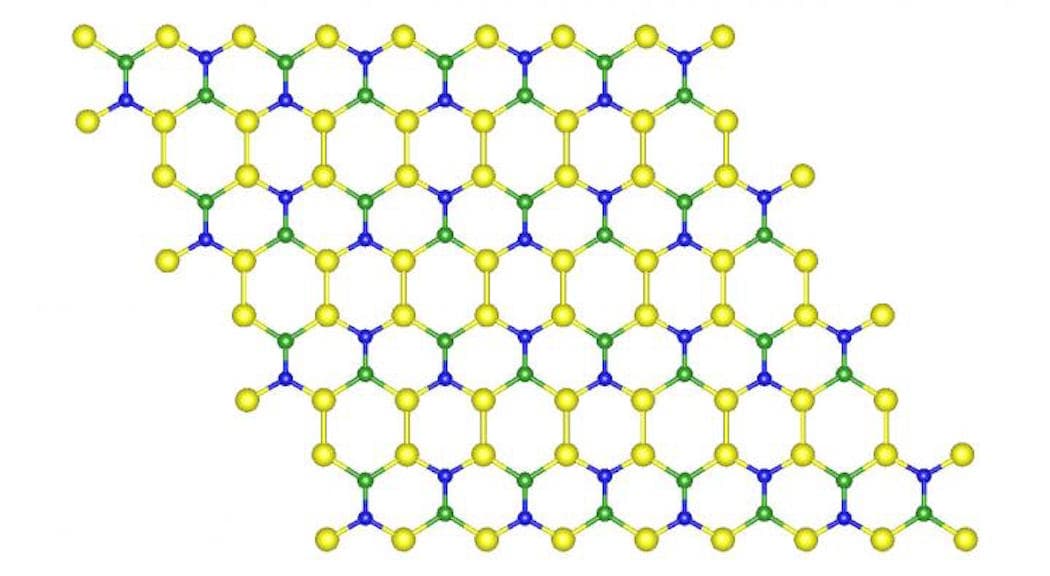 Scientists are asserting that this new discovery could potentially upstage the world's greatest wonder material, graphene.

A physicist from the University of Kentucky is now working with scientists from Daimler in Germany as well as the Institute for Electronic Structure and Laser (IESL) in Greece to create a new material made from elements such as silicon, boron, and nitrogen. These building blocks mean that the material will be less expensive, more stable, and ultimately better than graphene—in theory, at least.

"We used simulations to see if the bonds would break or disintegrate - it didn't happen," said Madhu Menon, a physicist in the UK Center for Computational Sciences. "We heated the material up to 1,000 degree Celsius and it still didn't break."

It sounds impressive, but to date, the material hasn't actually been made. It only exists on computer simulations; however, scientists are working to rectify this now.

Menon, Ernst Richter (from Daimler) and Antonis Andriotis (from IESL) have used state-of-the-art theoretical computations to demonstrate the feasibility of creating a one-atom thick, 2D material made from the aforementioned Earth-abundant elements, and the material could have possible applications beyond what graphene can currently do.

To clarify, graphene, for all its potential, has a big downside: It isn’t a semiconductor and, as a result, has very limited application in digital technology.

This led scientists to continue working on finding alternative materials, and that led to the discovery of three-layer materials known as transition-metal dichalcogenides (TMDCs), which can be used to to make digital processors. Unfortunately, while they can process more efficiently, they are thicker and not so abundant on Earth.

The calculations that studied the possibility of this new material were made on computers at the UK Center for Computational Sciences. The next step is to now to produce the same results the computer tests generated in a lab setting...and of course, actually make the material.

"We are very anxious for this to be made in the lab," Menon said. "The ultimate test of any theory is experimental verification, so the sooner the better!"

Read This Next
Futurism
Hundreds of 2D Materials Could be the Next Graphene
Futurism
Inkjet-Printed Graphene Could Pave the Way for Tomorrow's Washable Wearables
Futurism
Your Skin Heals Itself. Soon, Robots' Skin Will, Too.
Futurism
Graphene's Infusion in Textiles is the Future of Wearable Electronics
Futurism
Graphene-Fed Silkworms Produce a Super-Strong Silk That Conducts Electricity
More on Robots & Machines
From the Dept. of...
Thursday on futurism
The Best Mini Fridges of 2023
Blow Up Doll
Monday on the byte
Ukraine Accuses Russia of Using Inflatable "Dummy Tanks," Which Deflated
FROM THE DEPT. OF...
Monday on futurism
The Best Compost Toilets of 2023
READ MORE STORIES ABOUT / Robots & Machines
Keep up.
Subscribe to our daily newsletter to keep in touch with the subjects shaping our future.
+Social+Newsletter
TopicsAbout UsContact Us
Copyright ©, Camden Media Inc All Rights Reserved. See our User Agreement, Privacy Policy and Data Use Policy. The material on this site may not be reproduced, distributed, transmitted, cached or otherwise used, except with prior written permission of Futurism. Articles may contain affiliate links which enable us to share in the revenue of any purchases made.
Fonts by Typekit and Monotype.