It's only for company employees right now, but it won't be long before the public gets its turn. 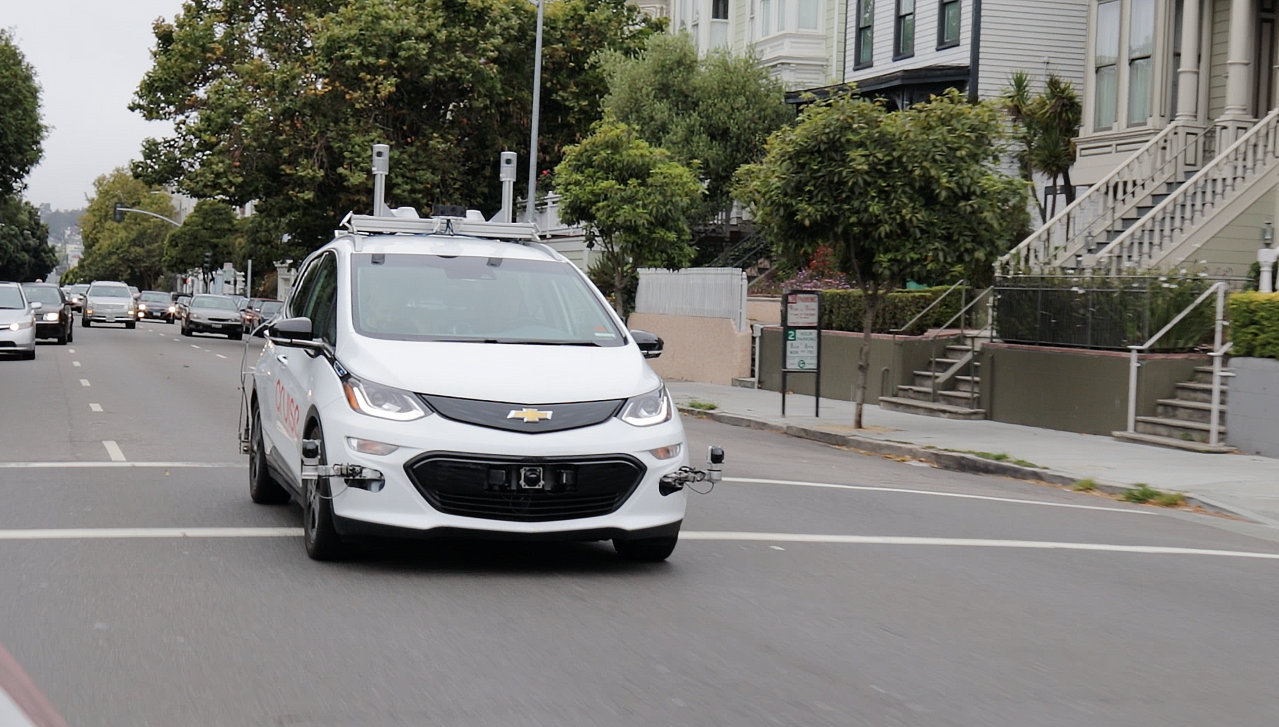 Last Month, GM announced that it had finished testing its Chevy Bolt EV autonomous car, and now the company is pairing it with a new app that lets people call one of the manufacturer's vehicles to take them anywhere within San Francisco.

The app, called Cruise, is part of the "Cruise Anywhere" service that GM and Cruise Automation are now offering to their employees, who can use the app and self-driving cars anytime, any day of the week...provided a car is available. It provides a similar service to other ride-sharing services, albeit without a driver in control of the car. Due to California law, however, a driver must be present behind the wheel in the event manual control is required.

"We’re really excited about how the technology is evolving, and the rate at which it’s evolving. This is a manifestation of that — putting the app in people’s hands and having them use it for the first time and make AVs their primary form of transportation," said Cruise CEO and co-founder Kyle Vogt in an interview with TechCrunch.

The Best Is Yet To Come

While the app and Chevy Bolt EV are currently exclusive to GM and Cruise employees, it's only a matter of time before they, and other autonomous cars, are publicly available. Their presence on the road, even if only for testing purposes, can help prepare drivers for future interactions with them.

If the fleet tests proceed without accidents or even the need for manual control, those still wary of the concept might be put at ease, to say nothing of the benefits of serving the public trust. Autonomous cars, combined with Elon Musk's underground tunnel system, could not only free up space on streets and highways, but make driving from place to place more efficient, providing additional free time for professionals weary of bumper-to-bumper transit.

Read This Next
LIDARally
Volvo's New Electric Car Won't Drive if It Detects That You're Drunk
Charged Up
Startup Says Amazing New Battery Lets EVs Drive 400 Miles, Recharge in 15 Minutes
Shots Fired
Ford CEO Mocks Tesla For Rolling Out Half-Finished Autonomous Driving
Poor Comms Team
Volkswagen Says It Lied to Reporters About Name Change
Futurism
Ride-Hailing Apps Linked to an Increase in Binge Drinking
More on Advanced Transport
High Tide
Jan 27 on the byte
We’re in Awe of Amsterdam’s Huge Underwater Bike Parking Garage
Quelle Surprise!
Jan 26 on the byte
Of Course Elon Musk Is Pushing The Cybertruck Back Again, What Did You Expect?
Stay Away
Jan 25 on the byte
New SUV Features Electrified Door Handles and Pepper Spray Guns
READ MORE STORIES ABOUT / Advanced Transport
Keep up.
Subscribe to our daily newsletter to keep in touch with the subjects shaping our future.
+Social+Newsletter
TopicsAbout UsContact Us
Copyright ©, Camden Media Inc All Rights Reserved. See our User Agreement, Privacy Policy and Data Use Policy. The material on this site may not be reproduced, distributed, transmitted, cached or otherwise used, except with prior written permission of Futurism. Articles may contain affiliate links which enable us to share in the revenue of any purchases made.
Fonts by Typekit and Monotype.