"Ghost Ponds" Contain Hidden Plants That Can Be Revived

Lawn of the dead. 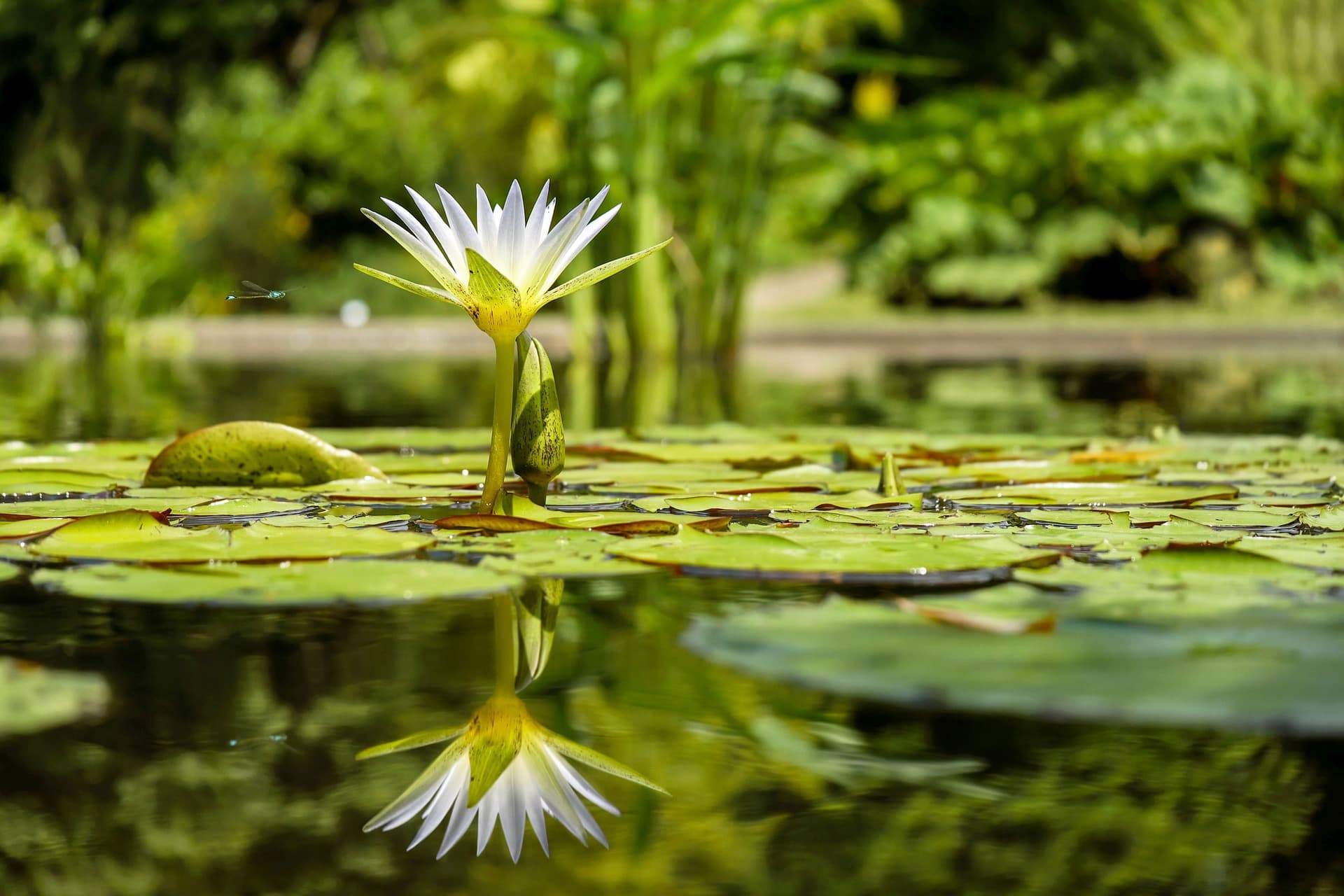 Aquatic plants buried underground for more than a century can be revived and regrown, according to a new study investigating the phenomenon of "ghost ponds" – ponds that aren't properly drained but filled in with soil and vegetation under agricultural land.

Restoring some of these buried ponds, and the habitats hidden in limbo beneath the soil, could be a valuable way of reversing habitat and biodiversity losses, say researchers, and we could even bring some plant species back from the dead.

The team from University College London in the UK has dug out three ghost ponds so far and estimates there could be as many as 600,000 similar patches spread out across the English countryside.

"We have shown that ghost ponds can be resurrected, and remarkably wetland plants lost for centuries can be brought back to life from preserved seeds," says lead researcher Emily Alderton.

Ghost ponds often appear as damp areas of land, marked by poor crop growth or a change in soil colour. They're typically created when farmers use plants and soil to cover up small ponds as they extend and reorganise their fields.

The researchers used Ordnance Survey maps and other historical records, as well as the tell-tale visual signs, to identify ghost ponds and get the land owner's permission to have a go at excavating them.

Based on the three sites so far, with ponds thought to have been buried for 40, 50, and 150 years, eight different plant species have been resurrected from their watery graves with follow-up tests in the lab.

Eggs from two crustacean species were also found, but the researchers haven't yet assessed what kind of state they're in.

"With UK farmland ponds typically supporting between six and 14 aquatic plant species, the eight species that survived under prolonged burial represent a significant proportion of the expected species diversity in farmland ponds," says one of the team, Carl Sayer.

These zombie seeds seem to be made of stern stuff, and now the researchers want conservation groups to target ghost ponds in their attempts to restore aquatic habitats and plants that might have been lost to farming over the last century or more.

Very rare or even extinct species could be brought back to flourish, and in the study it took just six months for a ghost pond to be restored with a range of aquatic plant species.

As land above ghost ponds makes a bad foundation for agriculture anyway, the scientists suggest these vibrant pond habitats could be brought back to life without losing any of the productive land already being used.

Christopher Hassall, from the University of Leeds in the UK, wasn't involved in the research but welcomed its findings.

"This study is fascinating because it demonstrates not only a new way to repair the damage that we have done to the environment, but also the resilience of some species," Hassall told Karl Gruber at New Scientist.

"For plants to grow back after being buried for over 150 years is remarkable. Ponds are often neglected compared to lakes and rivers because of their small size, but they punch above their weight in terms of the number of species that they contain."

The research has been published in Biological Conservation.

Read This Next
Futurism
Governor of Louisiana Declares State of Emergency as State's Coastline Disappears
More on Earth & Energy
Ancient DNA
1:51 PM on futurism
Scientists Sequence DNA They Found From 2 Million Years Ago
Gross
Yesterday on the byte
Residents Alarmed When Entire River Turns White
Going Hydrogen
Dec 2 on the byte
Airbus to Strap Hydrogen Fuel Cell Engine to Massive Superjumbo Jet
READ MORE STORIES ABOUT / Earth & Energy
Keep up.
Subscribe to our daily newsletter to keep in touch with the subjects shaping our future.
+Social+Newsletter
TopicsAbout UsContact Us
Copyright ©, Camden Media Inc All Rights Reserved. See our User Agreement, Privacy Policy and Data Use Policy. The material on this site may not be reproduced, distributed, transmitted, cached or otherwise used, except with prior written permission of Futurism. Articles may contain affiliate links which enable us to share in the revenue of any purchases made.
Fonts by Typekit and Monotype.