Gene-edited "micropigs" to be sold as pets in China 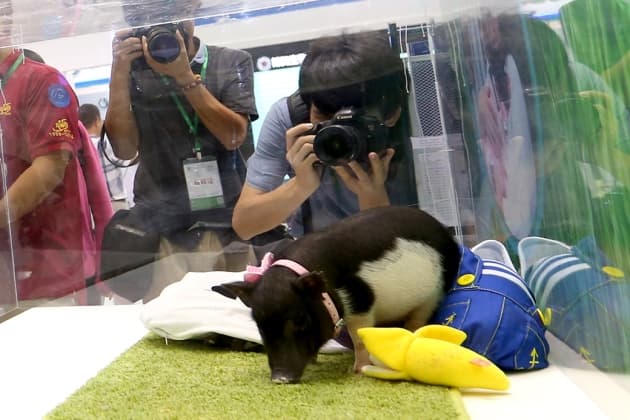 BGI, a genomics institute based in Shenzhen, was able to create micropigs via a gene-editing technique that grow to only 15kg when mature. These pigs were initially made for human disease research, but the institute has recently decided to put them up for sale as pets at $1,600. Technical director Yong Li mentioned that this decision was merely for them to "better evaluate the market." The gene-editing technique also creates the opportunity for individuals to customize the coloring of the pig.

Geneticist Jens Boch believes that applying gene editing to animals isn't a complete surprise, however he believes that the animals' health and welfare shouldn't be put at risk or be taken lightly. The decision to sell the micropigs as pets was made due to a pre-existing demand, but this leaves many worried about the long term health implications for the pig. It's not far-fetched to believe that dogs and cats will be next on the list. Does gene-editing pets cross some ethical boundary, or is it simply a more efficient method for conventional breeding? It seems as though the public has yet to decide.

Read This Next
Brands We Love
This Robot Cat Companion Feeds Your Cat's Prey Drive When You're Too Busy To Play
More on Sci-Fi Visions
From the Dept. of...
12:00 AM on futurism
The Best Humidifiers of 2023
Human v. Giraffe
Jan 24 on the byte
Chaotic Italian Fashion Line Baffles Facial Recognition Software
Step One
Jan 24 on the byte
World’s Third Richest Person Says He’s Developed "Addiction" to ChatGPT
READ MORE STORIES ABOUT / Sci-Fi Visions
Keep up.
Subscribe to our daily newsletter to keep in touch with the subjects shaping our future.
+Social+Newsletter
TopicsAbout UsContact Us
Copyright ©, Camden Media Inc All Rights Reserved. See our User Agreement, Privacy Policy and Data Use Policy. The material on this site may not be reproduced, distributed, transmitted, cached or otherwise used, except with prior written permission of Futurism. Articles may contain affiliate links which enable us to share in the revenue of any purchases made.
Fonts by Typekit and Monotype.