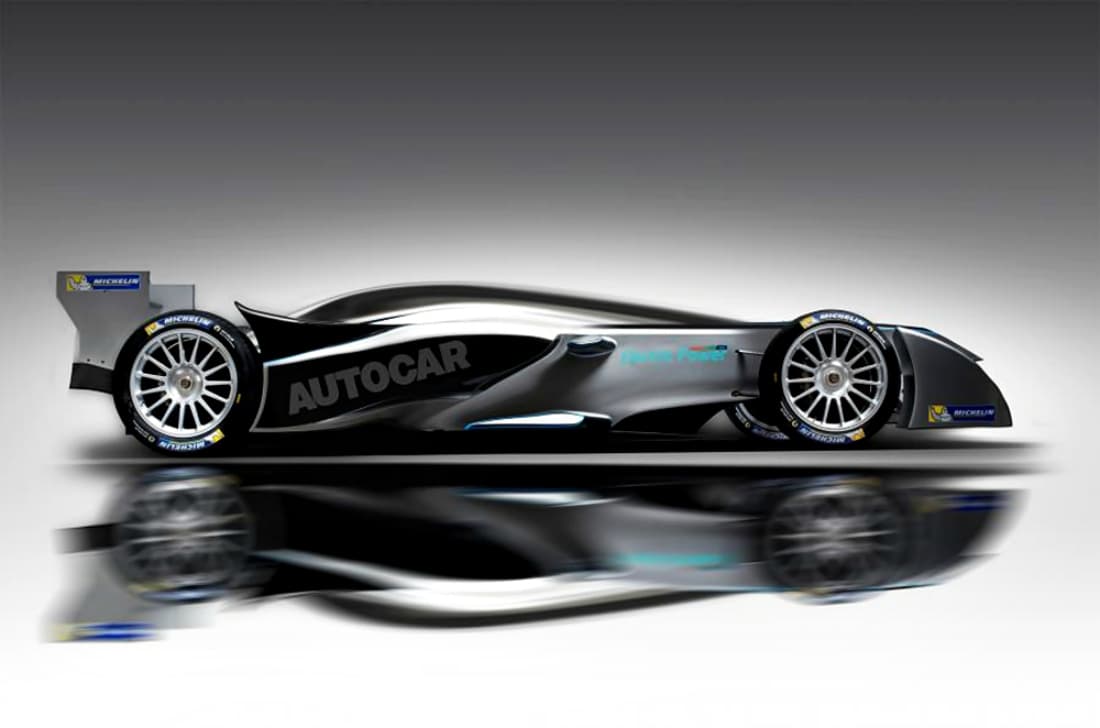 We love speed. We find the ability to go fast as an impressive display of superior skills, just like how we can admire someone sinking in a half-court shot as the buzzer goes off. We love speed so much that we dedicate sports to it—from NASCAR to Formula 1.

Now, we may be taking our love for speed to another level, as the creators of Formula E have come together with Kinetic to announce that the first global autonomous car racing championship will start in 2016.

Called the ROBORACE, it will involve driverless electric cars in a global race series aimed at providing a competitive platform for autonomous driving systems, which are now being developed by many car manufacturers, technology players, and top tech universities.

It is planned that ROBORACE will form part of the support package of the FIA Formula E Championship, with the first race to take place during the 2016-2017 season. ROBORACE will precede each Formula E race, using the same circuits in major cities across the world. Ten teams, each with two driverless cars, will compete in one-hour races over the entire championship season. All the teams will have the same cars and will compete using real-time computing algorithms and AI technologies.

The highest goal is to make the machines better than humans, having greater acceleration and speeds, with the top speeds possibly going above 300 kph (186 mph).

Kinetik and ROBORACE Founder Denis Sverdlov said: “We passionately believe that, in the future, all of the world’s vehicles will be assisted by AI and powered by electricity, thus improving the environment and road safety. ROBORACE is a celebration of revolutionary technology and innovation that humanity has achieved in that area so far. It’s a global platform to show that robotic technologies and AI can co-exist with us in real life. Thus, anyone who is at the edge of this transformation now has a platform to show the advantages of their driverless solutions and this shall push the development of the technology.”

ROBORACE aims to demonstrate that the future of automotive and information technology is already here, and that it can even work in extreme conditions. Race organizers believe there are many independent talents that might contribute to this initiative, which is why one of the race teams will be organised as a crowd-sourced community team open for software and technology experts from around the world.

Charge, an automotive startup founded by Kinetik, which develops revolutionary range-extended electric powertrains for commercial vehicles, will become Official Truck Partner of the FIA Formula E Championship. Charge will provide electric trucks for the drivers’ parade, towing trucks for emergency recovery of the racing cars, as well as shuttles for use of guests and visitors of the championship around the eVillage.

Of the partnership, Formula E CEO Alejandro Agag said: “We are very excited to be partnering with Kinetik on what is surely one of the most cutting-edge sporting events in history. ROBORACE is an open challenge to the most innovative scientific and technology-focused companies in the world. It is very exciting to create a platform for them to showcase what they are capable of and I believe there is great potential for us to unearth the next big idea through the unique crowd-sourced contest.”

So far, none have signed up to join, but Agag would like to see the companies working on driverless cars to take part.

Individual companies competing will be tasked with creating their own algorithms and artificial intelligence to get the cars around the tracks. Kinetik will be making all the cars. The company has even created the initial software that will power them. The participating teams can start to use these APIs to do their algorithms and use the simulations to see how it works.

Having autonomous vehicles in race situations could very well lead to more driverless technology spreading to other forms of driving, just like how some track cars are modified to be taken from the track to the streets.

Read This Next
Futurism
What Will Life Look Like in 2030 Thanks to Artificial Intelligence?
Futurism
To Reap the Benefits of Autonomous Tech, We Need to Learn to Trust It
Futurism
Keeping AI Well Behaved: How Do We Engineer An Artificial System That Has Values?
Futurism
Google's Self-Driving Car Sustains Major Damage in Worst Crash To Date
Futurism
The Age of the Self-Driving Car: U.S. Unveils Sweeping Policy for Autonomous Tech
More on Artificial Intelligence
Year of Efficiency
Yesterday on the byte
Zuckerberg Says Facebook Will Lean Hard Into AI
Facepalm
Yesterday on the byte
"AI Will Never Replace Journalism," Says Magazine CEO Replacing Journalists With AI
Robot and Sickle
Yesterday on the byte
OpenAI CEO Says His Tech Is Poised to "Break Capitalism"
READ MORE STORIES ABOUT / Artificial Intelligence
Keep up.
Subscribe to our daily newsletter to keep in touch with the subjects shaping our future.
+Social+Newsletter
TopicsAbout UsContact Us
Copyright ©, Camden Media Inc All Rights Reserved. See our User Agreement, Privacy Policy and Data Use Policy. The material on this site may not be reproduced, distributed, transmitted, cached or otherwise used, except with prior written permission of Futurism. Articles may contain affiliate links which enable us to share in the revenue of any purchases made.
Fonts by Typekit and Monotype.