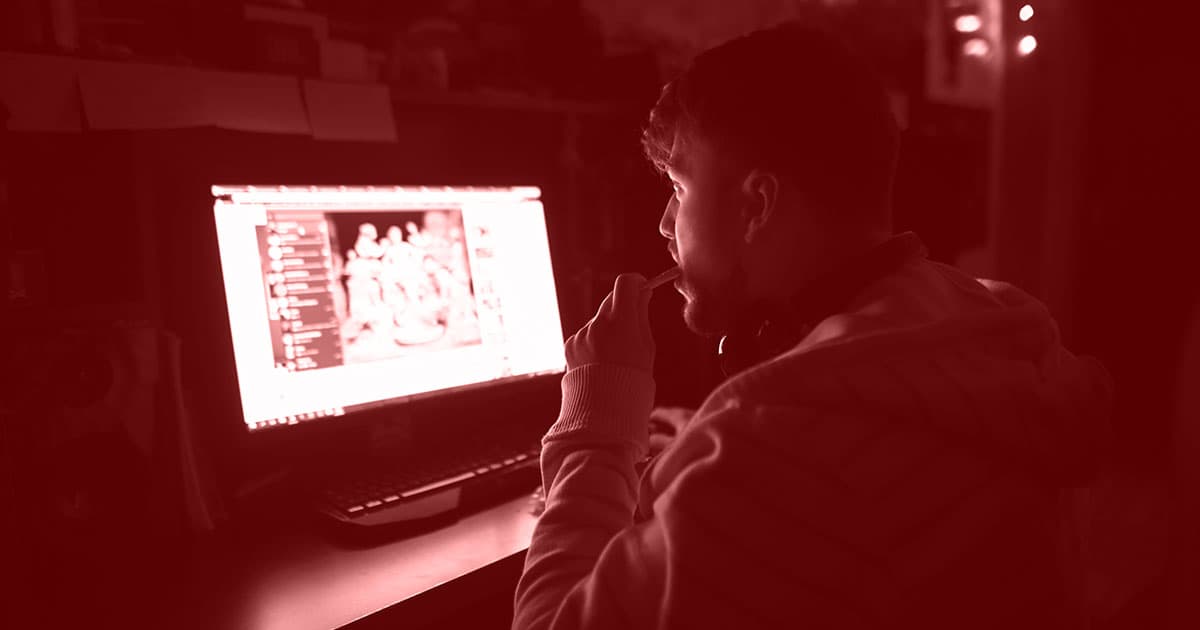 At a Facebook content moderation facility in Tampa, Florida, contractors working for Cognizant are regularly subjected to traumatizing, unsanitary, and dangerous conditions — that in at least one case literally led to a death.

The contractors, who review as many as 200 flagged Facebook posts per day depicting animal abuse, sexual abuse, murder, and other horrifying acts, are subjected to hellish work conditions. That's according to an investigation by The Verge's Casey Newton that reveals how tens of thousands of people spend their days exposed to the very worst that the internet has to offer.

One such contractor had a heart attack at his desk, later dying in a hospital — in part, perhaps, because Cognizant doesn't provide on-site defibrillators. The next day, management refused to tell the deceased contractor's coworkers what happened, instead insisting that he would be fine while passing around a get-well card.

Other employees broke their non-disclosure agreements to share how they had to work at filthy desks when they were violently sick because taking the day off would mean getting fired. Even more talked about how HR ignored or laughed-off reports of sexual harassment and violent threats.

"I think Facebook needs to shut down," one moderator told Newton.

Ultimately, Newton concludes that massive platforms like Facebook and Google treat their armies of content moderators as disposable because they believe that artificial intelligence will someday be able to do the job for them.

Newton writes that the human moderators, many of whom walk away with PTSD, depression, and anxiety, are "viewed as a speed bump on the way to an AI-powered future."

Read This Next
Petty Tyrant
Free Speech Champion Elon Musk Is Mass Suspending Twitter Accounts of Journalists Who Criticized Him
Make Mark Happy
Facebook Employees Seem Completely Confused by the Metaverse
Midlife Crisis
Rumors Swirl That Mark Zuckerberg Is Fighting at a UFC Show
Mark's Bad Year
Layoffs Hitting Facebook as Zuckerberg's Vision Stumbles
Saving Face
People Bullied Mark Zuckerberg So Much That He's Improving the Metaverse Graphics
More on Future Society
YouTube Propaganda
4:34 PM on the byte
Experts Say There's Something Very Weird About North Korean YouTubers
Bird Crap
Feb 4 on the byte
It Looks Like Elon Musk Is Actually Building a Twitter Payment Platform
Balloon News
Feb 3 on futurism
China Says "Spy Balloon" Soaring Over America Is Completely Innocent
READ MORE STORIES ABOUT / Future Society
Keep up.
Subscribe to our daily newsletter to keep in touch with the subjects shaping our future.
+Social+Newsletter
TopicsAbout UsContact Us
Copyright ©, Camden Media Inc All Rights Reserved. See our User Agreement, Privacy Policy and Data Use Policy. The material on this site may not be reproduced, distributed, transmitted, cached or otherwise used, except with prior written permission of Futurism. Articles may contain affiliate links which enable us to share in the revenue of any purchases made.
Fonts by Typekit and Monotype.