Have You Ever Seen a Monochromatic (one color) Rainbow? 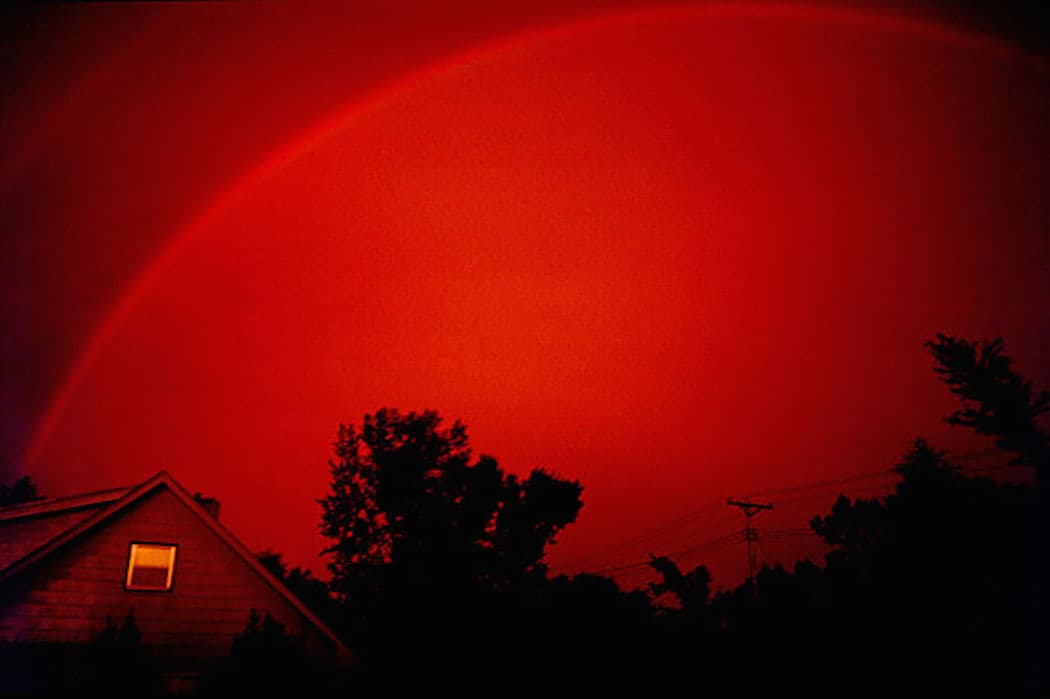 Image by Red Rainbow at Sunrise

When the conditions are right, a rainbow doesn’t necessarily have to contain red, orange, yellow, green, blue, indigo, and violet. In fact, it’s entirely possible for the cooler shades to disappear and leave only the fiery shades in view—or even just leave the rich, red streak of light.

But how can we have a one color rainbow? How does it work?

Well, as you may have guessed, it all goes back to unique features of our electromagnetic spectrum, which is just a fancy way of saying "light," and how light scatters.  To begin with, the sky look blue during the day because particles in the atmosphere scatter blue light more strongly than red light. Because of this, the blue portion of sunlight gets bounced about our sky in all directions, so we see a blue sky.

Sunsets cast a red glow because of how the Sun travels.

As the path that sunlight takes through our atmosphere increases in length, light encounters more and more atmospheric particles. This results in the scattering of greater and greater amounts of yellow light. During sunset and morning hours, the light passing through our atmosphere to our eyes tends to be most concentrated with red and orange frequencies of light. For this reason, the sunsets have a reddish-orange hue.

In short, when the source of light is at the end of the world, where a lot of atmosphere stands between you and the view, the blue gets filtered away. With none of the cool colors left for the water droplets to refract, the rainbow now only features a band of red.

Just like any rainbow, these rare sightings appear after rainstorms or heavy mist. The droplets lend itself for the wavelengths of light to further scatter, thus making the monochromatic effect even more obvious.

Apparently, even white monochromatic rainbows exist. After a thick fog or clouds scatters less precisely that falling rain, it can still cause an arc to form in the sky. When the colors then mix together, the arc appears as a streak of white that looks like a lit-up cloud.