What if Europa Was Our Moon?

If Europa were our moon, would we have a water world teeming with alien life just next door? 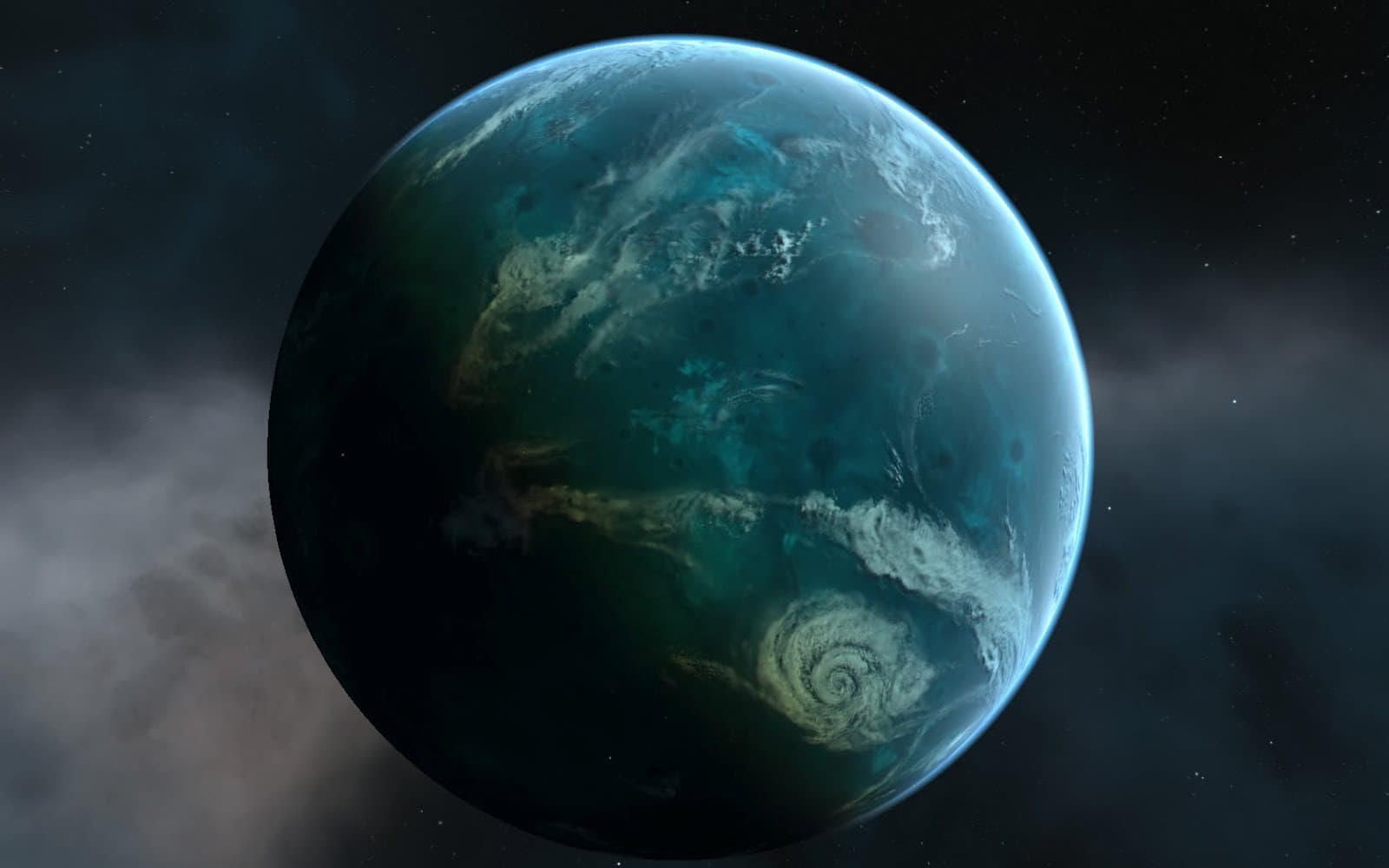 Europa is a frozen moon, so at first glace, it doesn't seem like a great candidate for life. However, the thick icy crust hides a sub-glacial ocean. We know about this oceanic wonderland because, among other things, we detected its magnetic field (however, of course, we won't be 100% sure until we get there).

Ultimately, the scientific consensus is that Europa has a liquid ocean due to gravitational interactions between itself and the other bodies in its neighborhood. In short, Jupiter (and a few of its large moons, such as Io, Callisto, and Ganymede) pull and tug on Europa, causing the moon to stretch and contract. Without these gravitational interactions, and the heating that they produce, Europa would be a solid ice moon.

But what if our moon was replaced with Europa? Would we have a majestic water world just next door?

This should go without saying, but thought experiments require estimates and guesstimates. It is important to note that some of these processes can happen on short time scales (days to months), like the formation of a thin atmosphere, or long time scales (tens of thousands to tens of millions of years), like moon-wide glacial melting. The amount of time depends on a number of factors, and the following is a hypothesis based on our best current data.

Now, all that said, Europa is currently located beyond the habitable zone in our solar system. As a refresher, the "habitable zone" is the region where liquid water can exist (this zone is defined according to the temperature of the planet's star). So, if Europa were moved and placed next to Earth, the moon would suddenly find itself within the habitable zone, and it would start to melt.

Due to the lacking atmosphere around the moon (it has one, but it is tenuous and very thin), the ice transitions straight from a solid to a gas. Soon, Europa would begin to have a thicker and more substantial atmosphere, which would slowly grow thicker and thicker. Ultimately, without any protection of a magnetic field, strong ionizing radiation (what's causing the ice to melt) would break apart the water in the atmosphere,  leaving behind hydrogen and oxygen gasses.

And the ionizing photons have another impact on Europa—they create a temporary protective magnetic field!

For a time, a fine balance would be found between the amount of ionizing radiation and the strength of the magnetic field. So things would look promising...for a time.

Glorious water world? Well, not quite.

At first glance, all of this sounds like a fantastic thing, it appears as if Europa will completely melt, leaving behind an oxygen rich water world. But this wouldn't last. Without  a geomagnetic field like that of the Earth or Jupiter, it is doomed. It's atmosphere would slowly be stripped away.

So what would we have? Well, something like this...

Look familiar? Europa is now a small and barren rock orbiting around the Earth; it has become a smaller moon than our current one, as all of its water has been lost to space. What started off as a giant cosmic ice block has melted and gradually been stripped away by the solar wind (alas).

What have we learned?

What makes Europa such a nice target to explore is precisely its location beyond the habitable zone. When the planets were forming in our solar system, there was the frost line at about 5 AU, this is the point at which objects are far enough from the sun that ice crystals could begin forming. An icy moon the size of Europa could not form around the Earth, and it couldn't continue being an icy moon if it was moved here. It's too warm and the moon is too small.

This same principle applies for a moon like Titan. It is able to exist with its methane lakes because it's in a cold region of the solar system. If it was closer, it would be too warm for the hydrocarbons to form naturally. Moreover, if it were closer to the sun, it would have had most of its atmosphere stripped away.

So to sum, it's very unlikely that a habitable moon can form around an Earth-sized planet located in the habitable zone. The moon would have to be substantially larger, making it more like two planets as opposed to a planet/moon.

Read This Next
Moon Wrestling
The Head of NASA Is Scared Chinese Astronauts Will Seize Portions of the Moon
Monkey Business
China Plans to Send Monkeys to Space Station to Have Sex With Each Other
Overview Effect
William Shatner Says His Space Trip Left Him With a Feeling of Terrible Grief
Next Time
NASA Cancels First Launch Attempt of Uber Expensive Moon Rocket
Back to the Moon
NASA: SpaceX Only Has to Prove It Can Land Astronauts on Moon, Not Bring Them Home Again
More on Off World
Drama Bomb
Wednesday on the byte
European Space Agency Halts Plans to Send Astronauts to Chinese Space Station
Futurism
Wednesday on the byte
Asteroid Mining Startup About to Launch First Mission
Carry On, Wayward...
Wednesday on the byte
NASA Says Lucy Spacecraft Will Forge Ahead With Busted Solar Array
READ MORE STORIES ABOUT / Off World
Keep up.
Subscribe to our daily newsletter to keep in touch with the subjects shaping our future.
+Social+Newsletter
TopicsAbout UsContact Us
Copyright ©, Camden Media Inc All Rights Reserved. See our User Agreement, Privacy Policy and Data Use Policy. The material on this site may not be reproduced, distributed, transmitted, cached or otherwise used, except with prior written permission of Futurism. Articles may contain affiliate links which enable us to share in the revenue of any purchases made.
Fonts by Typekit and Monotype.