There are several famous equations in science, particularly in physics. The language of these is, of course, mathematics. There’s Newton’s Second Law, which states that the vector sum of an external forces F on an object is equal to the mass m of that object multiplied by the acceleration vector a of the object (F = ma). There’s Einstein’s mass-energy equivalence given by the notoriously famous equation E = mc2.

Another famous equation is that of the astronomer Frank Drake, which describes “N”—The number of civilizations in our galaxy with which radio communication might be possible. In other words, the number of intelligent civilizations besides our own.

This formula was initially made as a discussion point for one of the first meetings about the search for extraterrestrial intelligence in the early 1960s. Previously, only a few of the terms involved in the equation were known, such as the number of stars in the galaxy. The others weren’t, such as the fraction of stars with planets in the habitable zone.

However, with time, more accurate values for the other terms emerged. The discovery of planets orbiting other stars gave astronomers a good idea of the fraction of stars with planets and the fraction with rocky planets in the habitable zone, and so we came to have a pretty good understanding of just how populated (or not) our galaxy likely is. 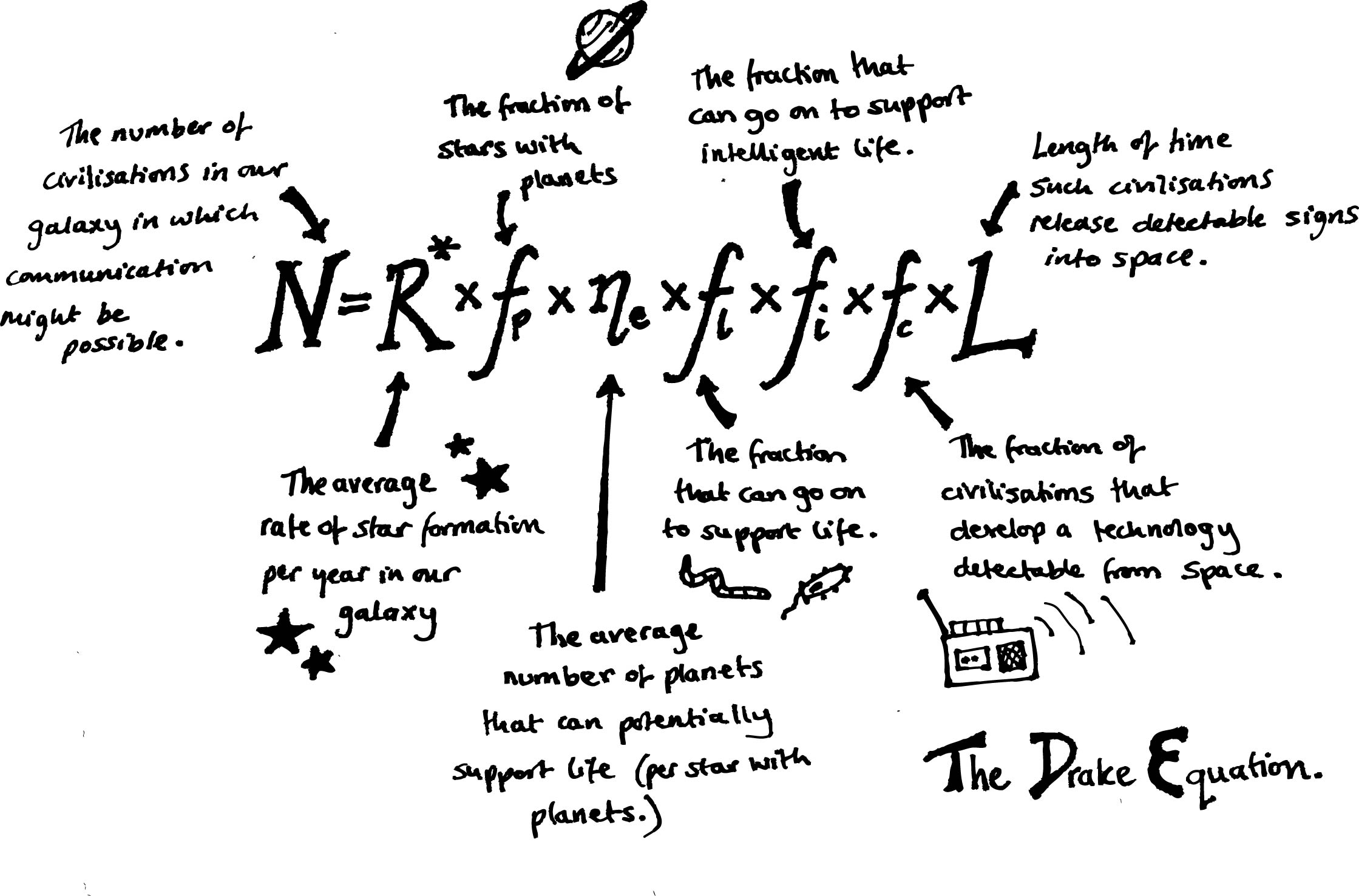 Their formula calculates how many civilizations there have ever been, simplifying the equation.

“The empirical determination of exoplanet statistics has radically changed the nature and quality of constraints astrobiologists now have at their disposal when considering the prevalence of life in the Universe,” they say.

Frank and Sullivan can modify the equation from being about the number of civilizations that exist now, to being about the probability of ours being the only one that has ever existed. They found that as long as the probability that a habitable zone planet develops a technological species is larger than about 10-24, then humanity is not the only time advanced technological intelligence has evolved.

In other words, if the probability of a technological species arising on a given planet in a habitable zone is greater than one in 60 billion, then another technical species has probably arisen at some point elsewhere in the Milky Way. Those are pretty good odds in favor of alien civilizations

After Backlash, Pepsi Says It Never Planned a Space Billboard