A Deodorant Maker is Using Machine Learning to Detect Your B.O.

The maker of Axe Body Spray is working on tech to detect odors. 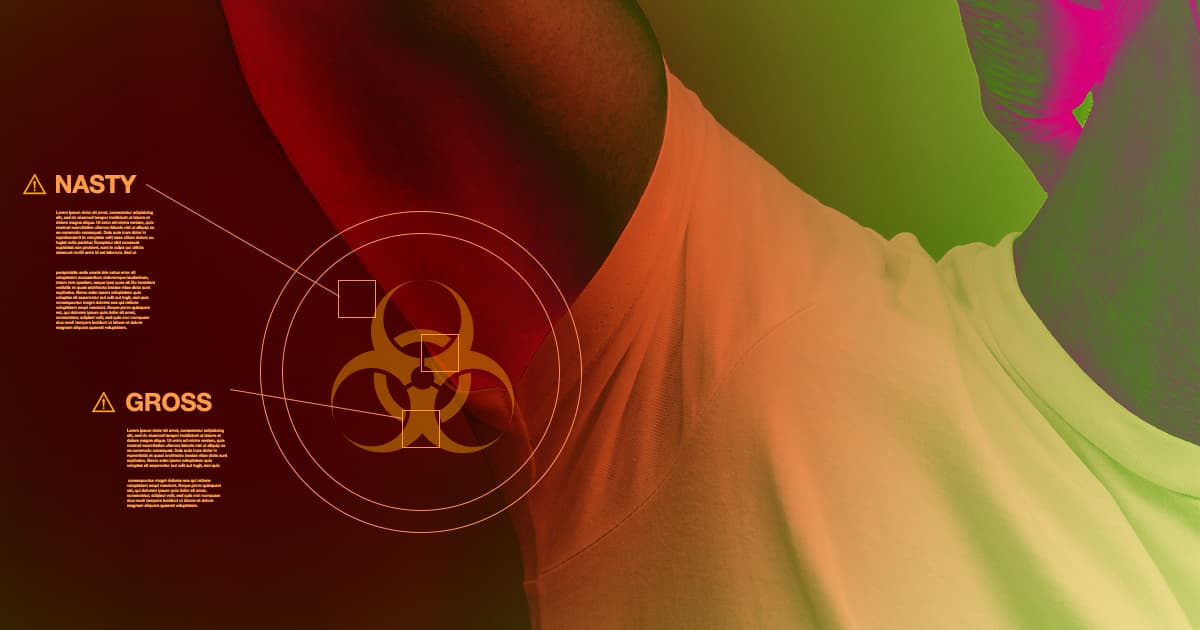 Unilever — that's the owner of prominent deodorant makers Axe and Dove — has teamed up with an all-star squad of academics and electronics manufacturers to create a machine learning-powered gadget that'll tell you if you have body odor.

That's according to a detailed story in the magazine IEEE Spectrum about Unilever's work with chipmaker Arm, electronics firm PragmatIC, and researchers at the University of Manchester. They aim to use some of the most advanced artificial intelligence (AI) and sensor technology in the world — to tell you whether you smell bad.

The gadget will take the form of a thin plastic strip, according to IEEE, with a tiny processor and an array of organic semiconductors that detect "gaseous analytes" — chemical signs, apparently, that you're giving off a nasty pong.

And because those gaseous analytes are complex, the system will employ machine learning to analyze the data and decide whether it's time for a fresh misting of the "hot chocolate" and "red peppercorn notes" from Axe's Dark Temptation XL Body Spray.

The technology wouldn't just provide relief for your family and coworkers. It could also potentially evaluate food freshness, according to IEEE — possibly cutting into the 1.3 billion tons of food that went to waste in 2016.

And, to be fair, it also represents a step forward for AI and sensor technology, which have become adept at recognizing sights and sounds but struggled to categorize smells.

Read This Next
Naughty Botty
Amazing "Jailbreak" Bypasses ChatGPT's Ethics Safeguards
Immortality Lite
Metaverse CEO Says ChatGPT Is Speeding Up Timeline for Emulating Dead People
AI After All
This Entire Sci-Fi Magazine Generated With AI Is Blowing Our Puny Human Minds
Let Them Fight
Whatever You Think of BuzzFeed's AI Quizzes, They're Way Less Horrible Than What CNET Has Been Doing
Bot Wreck
Red Ventures Knew Its AI Lied and Plagiarized, Deployed It at CNET Anyway
More on Artificial Intelligence
Year of Efficiency
Friday on the byte
Zuckerberg Says Facebook Will Lean Hard Into AI
Facepalm
Friday on the byte
"AI Will Never Replace Journalism," Says Magazine CEO Replacing Journalists With AI
Robot and Sickle
Friday on the byte
OpenAI CEO Says His Tech Is Poised to "Break Capitalism"
READ MORE STORIES ABOUT / Artificial Intelligence
Keep up.
Subscribe to our daily newsletter to keep in touch with the subjects shaping our future.
+Social+Newsletter
TopicsAbout UsContact Us
Copyright ©, Camden Media Inc All Rights Reserved. See our User Agreement, Privacy Policy and Data Use Policy. The material on this site may not be reproduced, distributed, transmitted, cached or otherwise used, except with prior written permission of Futurism. Articles may contain affiliate links which enable us to share in the revenue of any purchases made.
Fonts by Typekit and Monotype.