Tomorrow’s Airplane Cabins Could Be More Luxurious Than Your Apartment 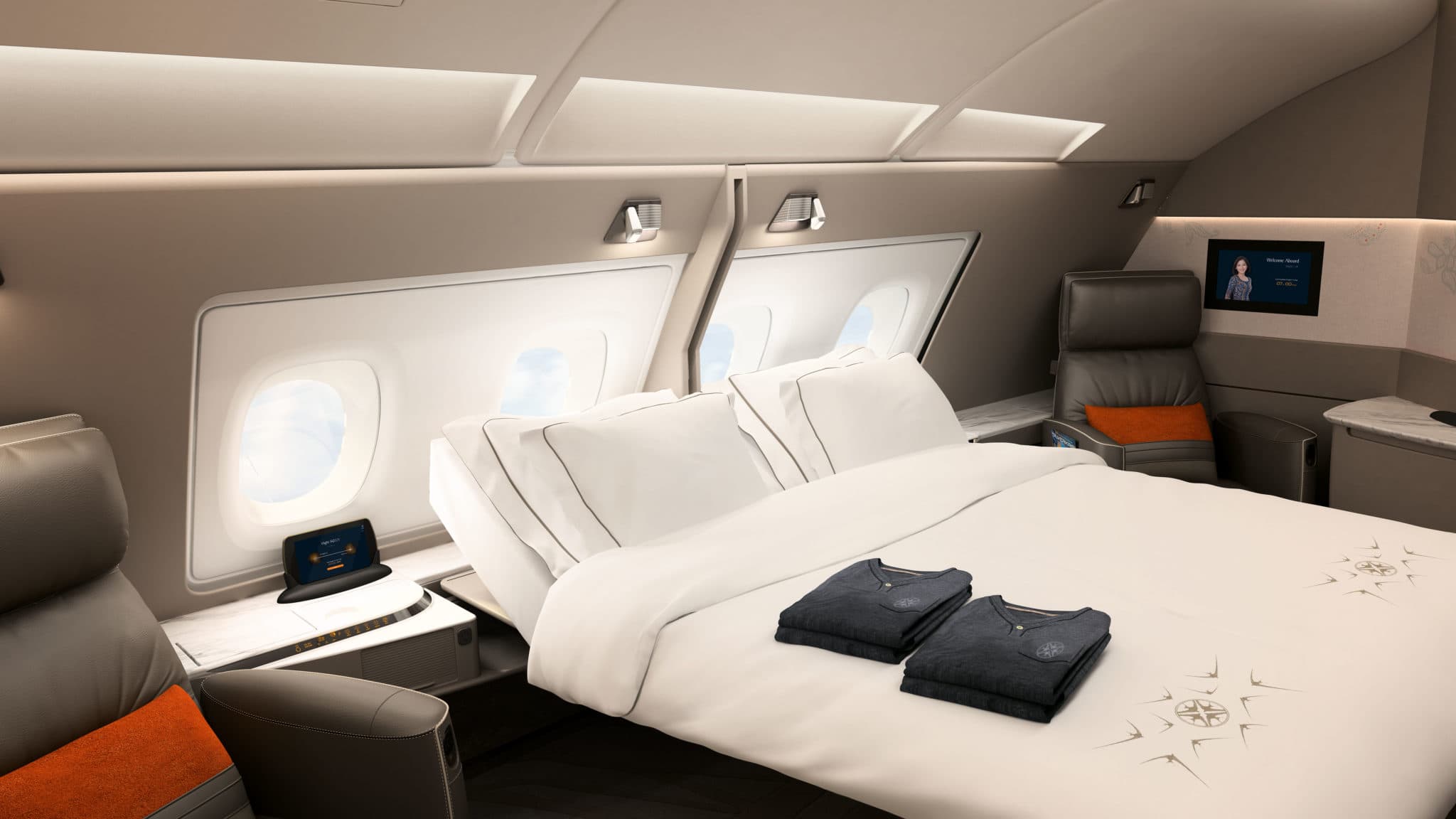 Let's face it, flying is often a chore. Those tiny seats. That limited legroom. And airlines' constant push to make the flying experience more miserable.

Here's a taste of what the world's best airplane cabin designers envision for the future of commercial flight.

Qatar Airways won the Best Cabin Concept award for Qsuite, a business class seating system already available on a few of the airline's flights. It's the first configuration to include rear-facing seats — possibly not great for people prone to motion sickness, but the seats do make it easier for groups to socialize.

To chat or share a meal with their fellow fliers, passengers just slide back the divider between pairs of seats. Then, when they're tired of talking, the Qsuite cabin can transform into a double bed — the first ever featured in business class.

Rockwell Collins scored a trophy at the Crystal Cabin Awards for Silhouette MOVE, a partition separating various classes on a plane.That might sound an awful lot like they won the Cabin Systems category for designing a wall, but it really is a pretty cool wall.

Instead of remaining static like current partitions, this one is adjustable and gives passengers behind the divider an extra cubic foot of space. That added legroom could be the difference between a comfortable, productive flight and one you wish would just end already.

Another Rockwell Collins design landed a finalist slot in the Material and Components category: the Secant Luminous Panel.

The panel makes it possible for airlines to transform the cabin's ceiling into a vibrant visual display. Passengers could fall asleep under an image of the night sky (or an advertisement for McDonald's, but let's be idealistic for a minute).

Based on the Crystal Cabin Awards, on-board entertainment could be way more enjoyable in the future, too.

Instead of the traditional 2D screen in a seat's headrest, seats could come equipped with virtual reality (VR) headsets. You could then use the headset to access in-flight service systems, like the one Visionary Concepts finalists Boeing and the Live Well Collaborative designed.

Or perhaps passengers will watch movies on 3D televisions that don't require goofy glasses — that's the vision of United Screens, another Crystal Cabin Award finalist, this time in the In-Flight Entertainment and Connectivity (IFEC) category.

Of course, whether any of the above upgrades make their way to economy class is anybody's guess. But if tomorrow's average plane includes even half of these innovations, we'll soon wonder how anyone ever envied the 2018 idea of "first class."

Read This Next
Scammers Scam On
The Fyre Fest Guy Is Off House Arrest and of Course His New Scheme Involves the Metaverse and Crypto
Virtual Signing
Sign Language in Virtual Reality Actually Looks Kinda Awesome
Sword Art Online
Guy Who Invented the Word "Metaverse" Building His Own Metaverse
Virtual Murder
UAE Official Says Murder Should Be Illegal in the Metaverse
Foo Fail
Fans Say the Foo Fighters' Metaverse Concert Was A Total Disaster
More on Future Society
Bird Crap
Yesterday on the byte
It Looks Like Elon Musk Is Actually Building a Twitter Payment Platform
Balloon News
Friday on futurism
China Says "Spy Balloon" Soaring Over America Is Completely Innocent
Down in Flames
Wednesday on the byte
Elon Musk Apparently Thinks Twitter Is a "Flaming Dumpster Rolling Down the Street"
READ MORE STORIES ABOUT / Future Society
Keep up.
Subscribe to our daily newsletter to keep in touch with the subjects shaping our future.
+Social+Newsletter
TopicsAbout UsContact Us
Copyright ©, Camden Media Inc All Rights Reserved. See our User Agreement, Privacy Policy and Data Use Policy. The material on this site may not be reproduced, distributed, transmitted, cached or otherwise used, except with prior written permission of Futurism. Articles may contain affiliate links which enable us to share in the revenue of any purchases made.
Fonts by Typekit and Monotype.