Climate Change Projections Are Based on Hard Scientific Data

Dismissing them as “guesses” could be catastrophic for our planet. 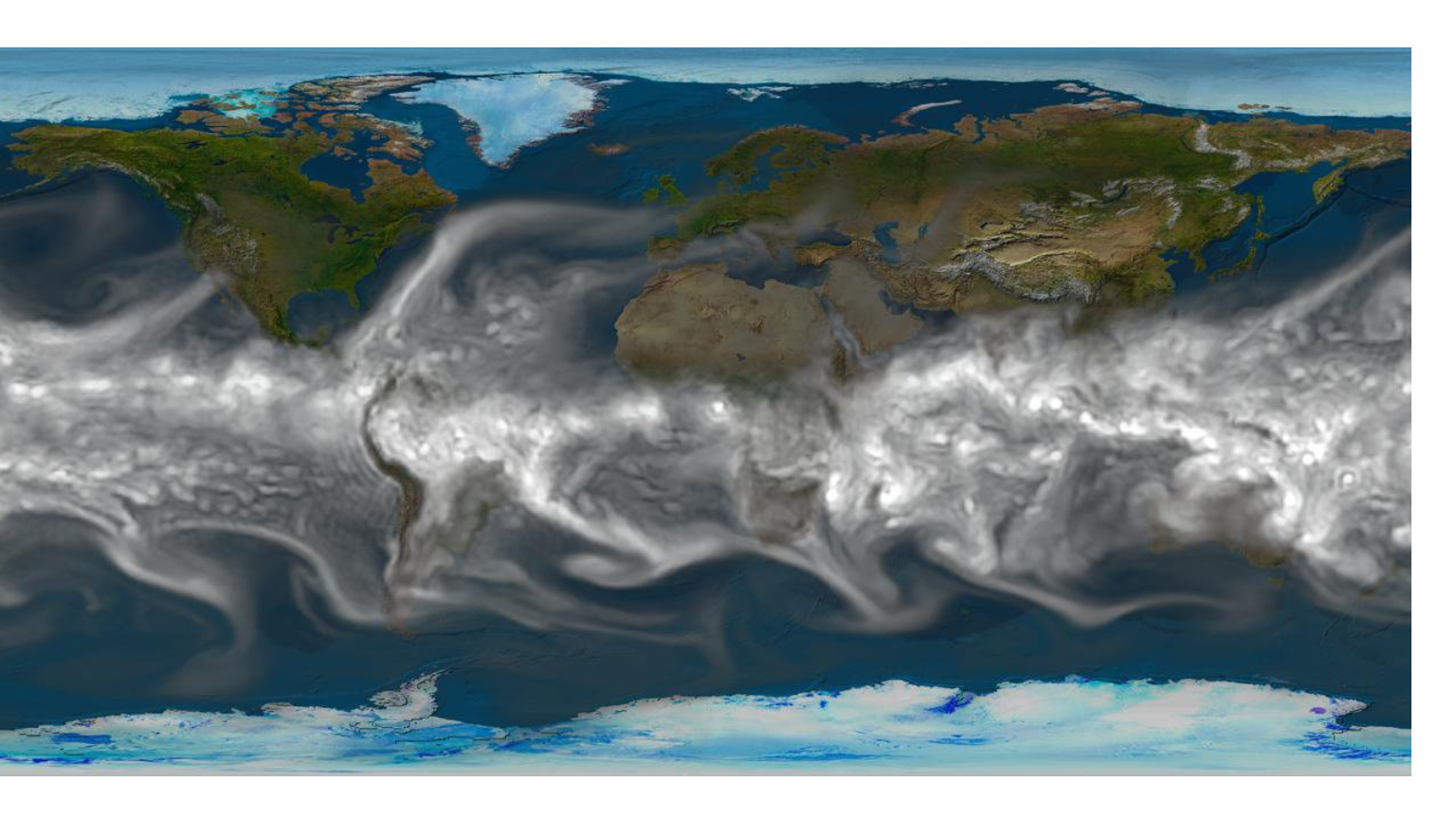 This is especially the case with regard to climate science, as evidenced by the hearing of the House Committee on Science, Space and Technology, chaired by Lamar Smith, on March 29, 2017.

As reported by William Thomas, a senior policy analyst at the American Institute of Physics, the hearing “represented the latest in a string of committee activities revolving around methodological legitimacy in scientific research. Notably, Committee Chair Lamar Smith (R-TX) used the occasion to further articulate his conception of what constitutes ‘sound science.’ The hearing also explored in some detail the question of whether entire fields of research can become corrupted, thus necessitating congressional attention.”

Chairman Smith accused climate scientists of straying “outside the principles of the scientific method.” Smith repeated his oft-stated assertion that scientific method hinges on “reproducibility,” which he defined as “a repeated validation of the results.” He also asserted that the demands of scientific verification altogether preclude long-range prediction, saying, “Alarmist predictions amount to nothing more than wild guesses. The ability to predict far into the future is impossible. Anyone stating what the climate will be in 500 years or even at the end of the century is not credible.”

At the same time, President Trump has been dismissive of climate change and EPA Administrator Scott Pruitt said in March that “measuring with precision human activity on the climate is something very challenging to do…so, no, I would not agree that it’s a primary contributor to the global warming that we see.”

The kinds of statements made by Smith, the president and Pruitt are misguided. They show a woeful ignorance about science and how it works, and in particular about climate science. Consequently, they ignore sound advice on how to best plan for the future.

Why Climate Scientists Use Models

The wonderful thing about science is that it is not simply a matter of opinion but that it is based upon evidence and physical principles, often pulled together in some form of “model.”

In the case of climate science, there is a great deal of data because of the millions of daily observations made mostly for the purposes of weather forecasting. Climate scientists assemble all of the observations, including those made from satellites. They often make adjustments to accommodate known deficiencies and discontinuities, such as those arising from shifts in locations of observing stations or changes in instrumentation, and then analyze the data in various ways.

In most cases, these adjustments can be performed very rigorously because of neighboring observations and overlapping observations. For example, sea surface temperatures come from multiple sources, such as ships and drifting buoys, the latter of which have increased over time. While the data are of mixed quality and length, they encompass many variables that can be related physically – temperatures, winds, humidity, rainfall, etc. – and together they tell a very compelling story.

One form of model may be statistical and empirical in nature, such as how often to restock supermarket shelves. This is not the case for climate science. Because we don’t have a physical system to experiment with, climate scientists build a virtual planet Earth in a computer. Computer models are based upon the physical laws of nature represented by mathematical equations that are solved using numerical methods applied to a three-dimensional grid over the globe.

Modeling the atmosphere and oceans as fluid dynamical systems has become very sophisticated and can be used to simulate the motions and evolution of weather systems. This is done on a daily basis for weather forecasting, which has seen major successes and improved forecasts, as observations have become better and global while computers have become much faster. As models, they may represent imperfect simplified depictions of the real world, but as tools they are extremely valuable.

To study the climate, these same basic tools are applied but on different time scales. Climate models simulate the annual cycle, changes in the distant past, the evolving climate over the 20th century and climate variability very realistically.

There are many groups around the world who collaborate to advance the field while competing for the most realistic simulations. Owing to the chaotic nature of the atmospheric circulation (often depicted by the flap of a butterfly’s wings changing the future weather), the detailed day-to-day weather cannot be forecast accurately more than about two weeks into the future. Many repeated computer runs with small perturbations in initial states (forming ensembles) are used to bring out the robust features. This is done even for two-week weather forecasts and is essential for climate simulations.

For climate, this means dealing with the statistics of weather. For instance, just as the weather in every winter is different, the character of winter is quite different than summer; those aspects can be simulated well. Hence the focus is on the average, the character and the variability of weather, rather than the instantaneous values.

This does not imply that we cannot predict anything, even hundreds of years from now. In much the same way as we can predict the orbits of planets around the sun for millions of years, so climate models tell us that ice will melt in a much warmer world and sea level will rise as a consequence. It takes thousands of years for the Earth to come to a new equilibrium climate even if we stop emitting carbon dioxide, and winter will still be colder than summer even in a much warmer world. The reason we can make such predictions is that the laws of physics 500 years from now are the same as today.

With climate models as tools, we can carry out “what-if” experiments. What if the carbon dioxide in the atmosphere had not increased due to human activities? What if we keep burning fossil fuels and putting more CO2 into the atmosphere? If the climate changes as projected, then what would the impacts be on agriculture and society? If those things happened, then what strategies might there be for coping with the changes?

These are all very legitimate questions for scientists to ask and address. The first set involves the physical climate system. The others involve biological and ecological scientists, and social scientists, and they may involve economists, as happens in a full Intergovernmental Panel on Climate Change (IPCC) assessment. All of this work is published and subject to peer review – that is, evaluation by other scientists in the field.

The question here is whether our models are similar enough in relevant ways to the real world that we can learn from the models and draw conclusions about the real world. The job of scientists is to find out where this is the case and where it isn’t, and to quantify the uncertainties. For that reason, statements about future climate in IPCC always have a likelihood attached, and numbers have uncertainty ranges.

The models are not perfect and involve approximations. But because of their complexity and sophistication, they are so much better than any “back-of-the envelope” guesses, and the shortcomings and limitations are known.

These models are designed to provide scenarios of the future that can be used for guiding decisions about what policies to follow, such as how to reduce undesirable climate impacts and build resilience, and to plan for the future in the most cost-effective ways. Because human actions themselves are not predictable, these are not predictions, but rather they are called projections and depend on the nature of the “what-if” question.

Data for All to See

Based on the points above, the criticism raised in the hearing by the House Committee on Science, Space and Technology has no basis: Science using observed data and models is transparent and reproducible. The data are in almost all cases public; the models are as well; and if we run the same code twice on a computer, we get exactly the same answer.

Anyone can check the results, and many more people have in fact scrutinized the IPCC’s assessments and looked at the key conclusions than in other fields. The essential statements made several decades ago still hold, and projections made with early models were remarkably accurate. Recent reviews of past projections for temperature, precipitation and decades-length changes have confirmed earlier model projections.

Notably, there is an element of risk here: When the stakes are high, then even a small probability for massive failure prevents us from doing certain things. Imagine hearing that the airplane you are to fly on has a large crack in the wing. It may fly, but we do not know. Would you board the airplane? We do not need full certainty that the airplane will crash – or in the climate change context, we do not need full certainty that the impacts will be catastrophic – to justify some measures to mitigate the outcome, or find an alternative.

In fact, what we need is very high probability that the airplane will not crash. Using this argument, we should not emit CO2 unless we know for sure that it is not harmful. In complex problems like predicting the climate of the Earth, we will never have complete certainty, nor is it needed.

Accordingly, we have many facts and physical understanding of the Earth’s climate. The role of scientists is to lay out the facts, their interpretation, and the prospects and consequences as best we can. But the decision about what is done with this information is the responsibility of everyone, including and often led by politicians. The failure of Lamar Smith and his ilk to recognize that climate scientists ask legitimate scientific questions, and moreover, that they that they provide very useful information for decision-makers, is a major loss for the public.