This city will run on renewables and absorb nearly 10,000 tons of CO2 and 57 tons of pollutants yearly. 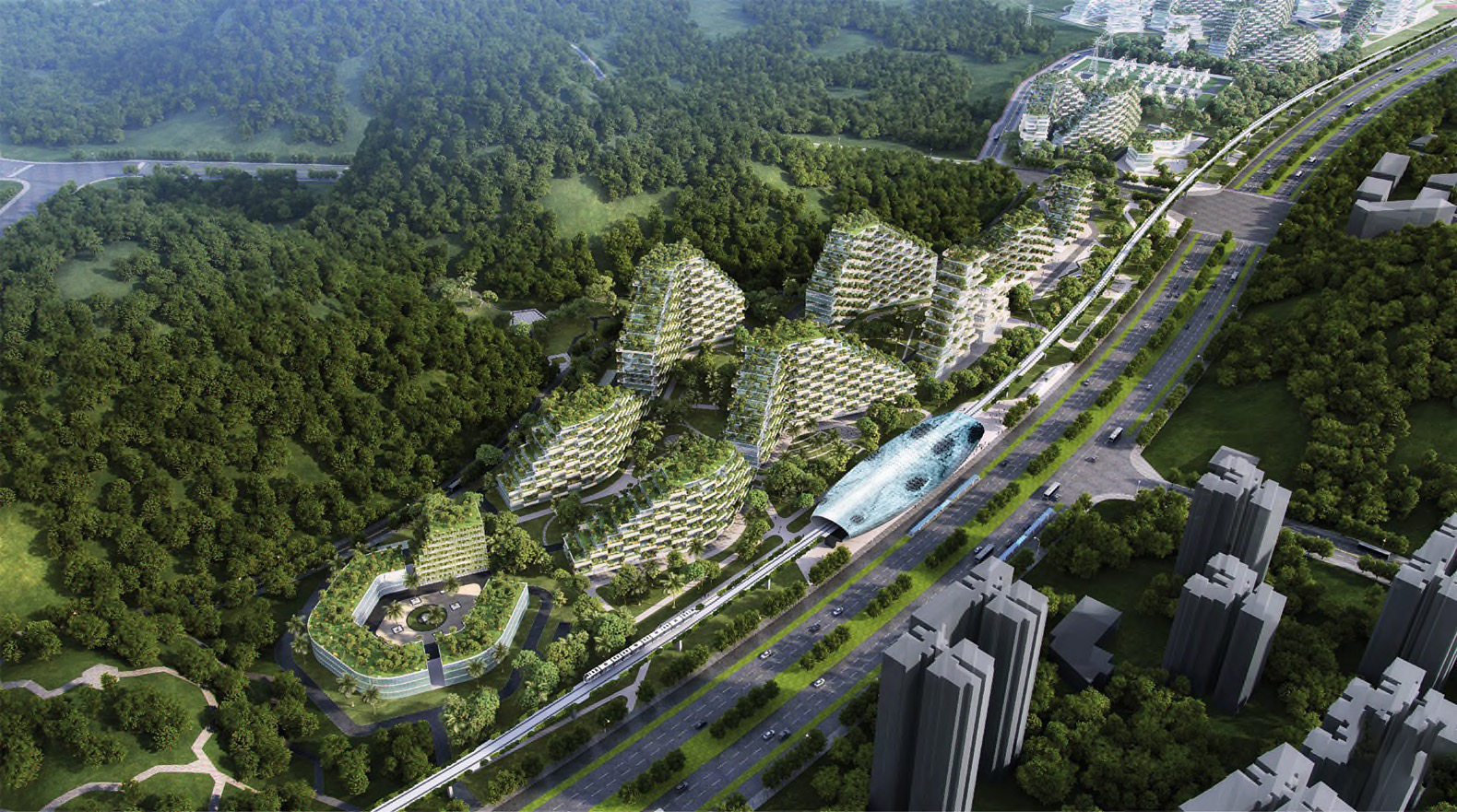 The world's first “Forest City,” created to fight pollution, is now under construction in Liuzhou, Guangxi Province, China. Designed by Stefano Boeri Architetti, a team that develops green projects all around the world, the futuristic Forest City will be home to a community of about 30,000 people. It will be covered in greenery, including nearly 1 million plants of more than 100 species and 40,000 trees that together absorb almost 10,000 tons of carbon dioxide and 57 tons of pollutants, and produce approximately 900 tons of oxygen annually. As a result, Forest City will help to decrease the average air temperature, improve local air quality, create noise barriers, generate habitats, and improve local biodiversity in the region.

Read This Next
Balloon News
China Says "Spy Balloon" Soaring Over America Is Completely Innocent
Heating Up
Employees at TikTok Apparently Have a Secret Button That Can Make Anything Go Viral
Bot Rush
An Overwhelming Number of Porn Bot Accounts "Drowned Out" Chinese Protest Content on Twitter
Please Don't
TikTok Caught Planning to Spy on the Locations of Specific American Citizens
Power Struggle
Former Google CEO Issues Dire Warning About China
More on Future Society
YouTube Propaganda
4:34 PM on the byte
Experts Say There's Something Very Weird About North Korean YouTubers
Bird Crap
Feb 4 on the byte
It Looks Like Elon Musk Is Actually Building a Twitter Payment Platform
Down in Flames
Feb 1 on the byte
Elon Musk Apparently Thinks Twitter Is a "Flaming Dumpster Rolling Down the Street"
READ MORE STORIES ABOUT / Future Society
Keep up.
Subscribe to our daily newsletter to keep in touch with the subjects shaping our future.
+Social+Newsletter
TopicsAbout UsContact Us
Copyright ©, Camden Media Inc All Rights Reserved. See our User Agreement, Privacy Policy and Data Use Policy. The material on this site may not be reproduced, distributed, transmitted, cached or otherwise used, except with prior written permission of Futurism. Articles may contain affiliate links which enable us to share in the revenue of any purchases made.
Fonts by Typekit and Monotype.