The future of energy never looked so good. 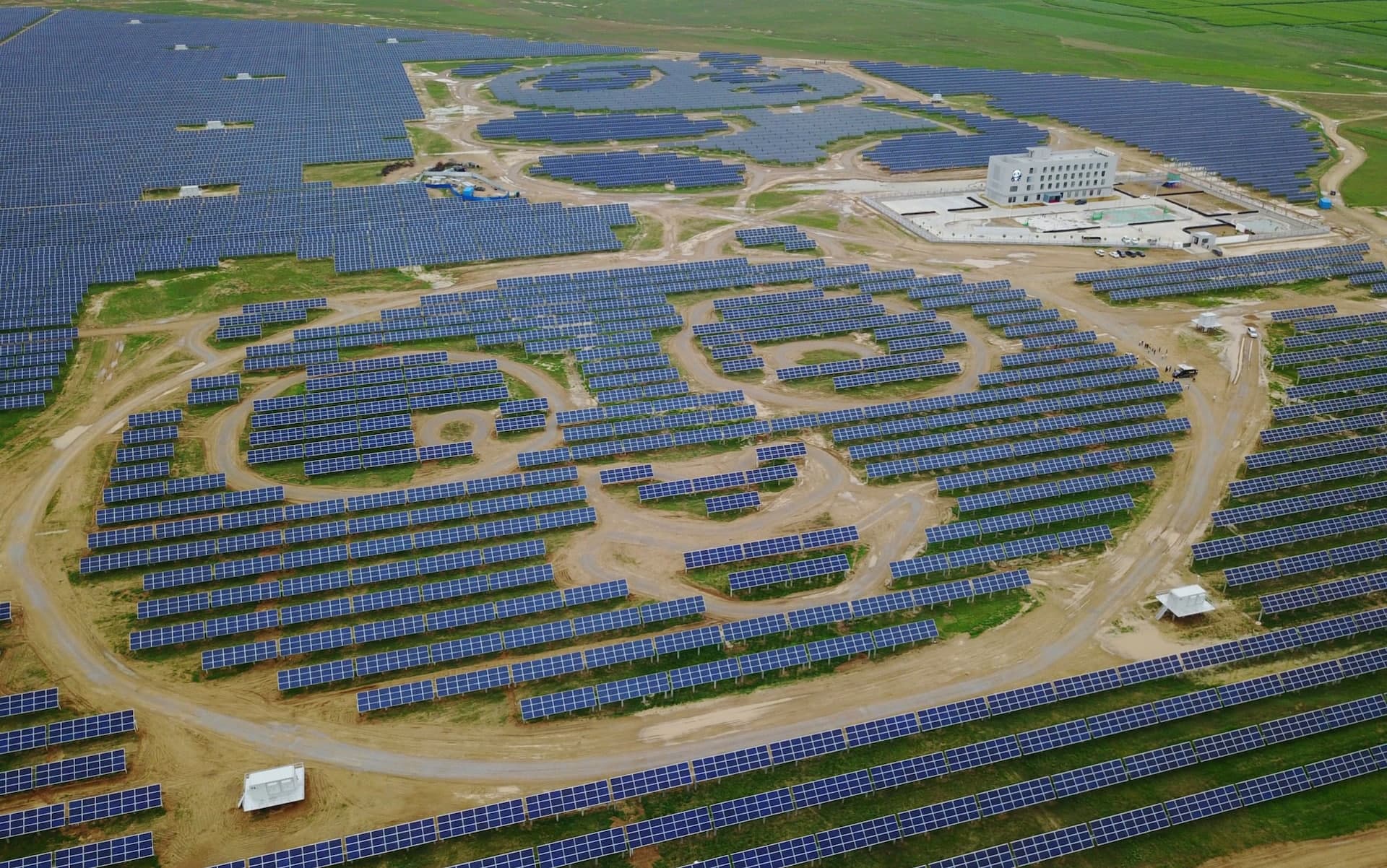 Most solar farms align their solar arrays in rows and columns to form a grid.

A new solar power plant in Datong, China, however, decided to have a little fun with its design. China Merchants New Energy Group, one of the country's largest clean energy operators, built a 248-acre solar farm in the shape of a giant panda.

The first phase, which includes one 50-megawatt plant, was completed on June 30, according to PV magazine. The project just began delivering power to a grid in northwestern China, and a second panda is planned for later this year.

Called the Panda Power Plant, it will be able to produce 3.2 billion kilowatt-hours of solar energy in 25 years, according to the company. That will eliminate approximately million tons of coal that would have been used to produce electricity, reducing carbon emissions by 2.74 million tons.

China Merchants New Energy Group worked with the United Nations Development Program (UNDP) to make the Panda Power Plant a reality. The project is part of a larger effort to raise awareness among young people in China about clean energy, the UNDP wrote in a statement.

The groups hope to build more panda-shaped solar plants throughout China in the next five years.

Read This Next
Futurism
Best Marine Solar Panels of 2022
Good Neighbors
German Government Says It May Keep Nuclear Plant Open After All
Unreliable Friends
Archipelagic Nation Sick of Other Countries Breaking Climate Change Promises
FROM THE DEPT. OF THINGS TO BUY
Best Compost Bins of 2022
Brands We Love
Adding Solar Power to Your Home Is Complicated. But It Doesn't Have to Be.
More on Earth & Energy
Going Hydrogen
Friday on the byte
Airbus to Strap Hydrogen Fuel Cell Engine to Massive Superjumbo Jet
Wolfenstein
Thursday on the byte
A Brain Parasite Is Making Wolves Into Pack Leaders, Scientists Say
LED Down the Wron...
Thursday on the byte
Defective LED Streetlights Are Turning the Night Purple
READ MORE STORIES ABOUT / Earth & Energy
Keep up.
Subscribe to our daily newsletter to keep in touch with the subjects shaping our future.
+Social+Newsletter
TopicsAbout UsContact Us
Copyright ©, Camden Media Inc All Rights Reserved. See our User Agreement, Privacy Policy and Data Use Policy. The material on this site may not be reproduced, distributed, transmitted, cached or otherwise used, except with prior written permission of Futurism. Articles may contain affiliate links which enable us to share in the revenue of any purchases made.
Fonts by Typekit and Monotype.