Can We Not
7. 6. 22 by Noor Al-Sibai
Can We Not
/Artificial Intelligence

China Says It's Developing an AI to Detect Party Loyalty

OK, this is pretty messed up. 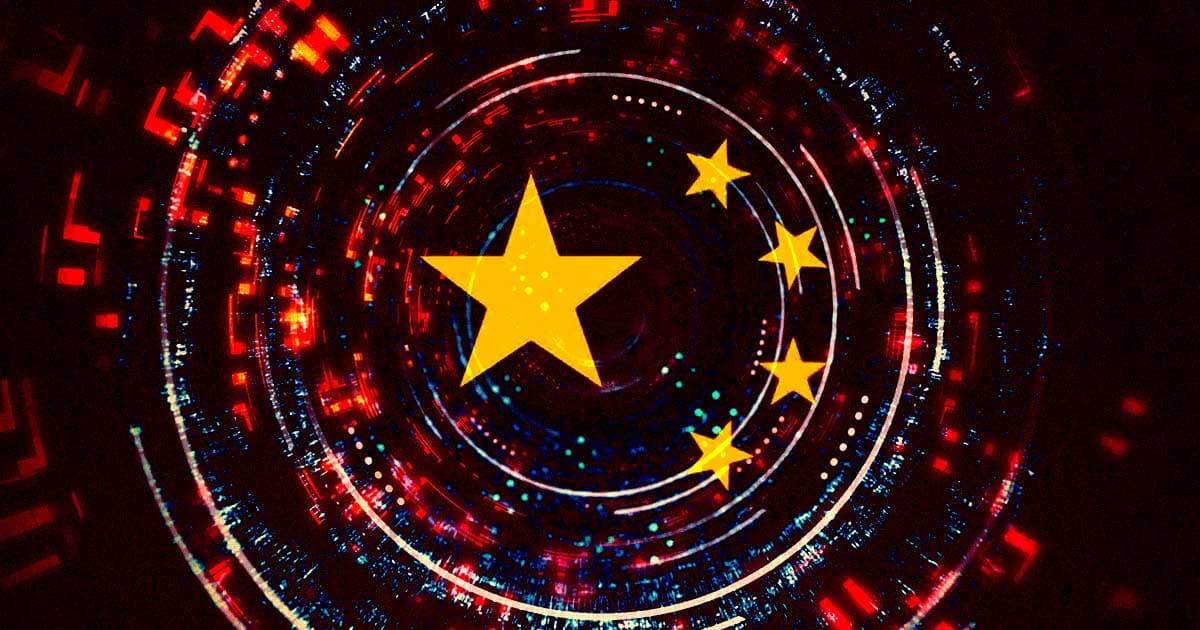 The latest dystopian nightmare AI just dropped — and it's raising a lot of questions that are absolutely NOT answered by its social media announcement.

In the lead-up to the Chinese Communist Party's July 1 anniversary, the Heifei Center said in the since-deleted post's text, which was transcribed and translated by Radio Free Asia, that its new program would assuage the "problem" of "guaranteeing the quality of party-member activities."

"This equipment is a kind of smart ideology, using AI technology to extract and integrate facial expressions, EEG readings and skin conductivity," RFA's translation of the initial Weibo post reads, "making it possible to ascertain the levels of concentration, recognition and mastery of ideological and political education so as to better understand its effectiveness."

According to the Times, the equipment was tested by reading brain waves and analyzing facial scans while subjects read articles about the CCP, which then translated to a loyalty "score." And yeah, that's quite sketchy-sounding.

If this story sets off alarm bells, it does so for good reason — the concept of a mind-reading political AI device that tests one's loyalty to party and country sounds more like something out of "1984" than 2022.

Of course, China doesn't have a monopoly on ominous AI.

From the many problems with police use of facial recognition software to a new algorithm that can reportedly "predict" future crimes developed by the University of Chicago to the often-discriminatory AIs used to determine whether or not someone is eligible for a loan, AI is already creeping into many people's lives in invasive and totalitarian ways.

And yes, the development of an AI that uses biometrics to supposedly judge how loyal someone is to a party or nation does indeed seem like a great tool for political repression — and there's no reason to believe, in spite of our Defense Department's pinky-swear promise not to use AI unethically, that if and when the Chinese perfect this tech, we Americans won't be buying it for ourselves and our allies.

Read This Next
Naughty Botty
Amazing "Jailbreak" Bypasses ChatGPT's Ethics Safeguards
Immortality Lite
Metaverse CEO Says ChatGPT Is Speeding Up Timeline for Emulating Dead People
Bot Wreck
Red Ventures Knew Its AI Lied and Plagiarized, Deployed It at CNET Anyway
Pleading the Fifth
Extremely Embarrassing Evidence Emerges Against CEO of “Robot Lawyer” Startup
Faking Face
Twitter Is "Verifying" Accounts With AI-Generated Faces
More on Artificial Intelligence
Making Waves
8:39 PM on the byte
Alien-Detecting AI Finds Eight "Suspicious" Signals
DAN vs ChatGPT
8:02 PM on futurism
Devious Hack Unlocks Deranged Alter Ego of ChatGPT
Big Fish
7:23 PM on the byte
Getty Images Sues AI Art Generator Stable Diffusion for Copying Millions of Its Photos
READ MORE STORIES ABOUT / Artificial Intelligence
Keep up.
Subscribe to our daily newsletter to keep in touch with the subjects shaping our future.
+Social+Newsletter
TopicsAbout UsContact Us
Copyright ©, Camden Media Inc All Rights Reserved. See our User Agreement, Privacy Policy and Data Use Policy. The material on this site may not be reproduced, distributed, transmitted, cached or otherwise used, except with prior written permission of Futurism. Articles may contain affiliate links which enable us to share in the revenue of any purchases made.
Fonts by Typekit and Monotype.