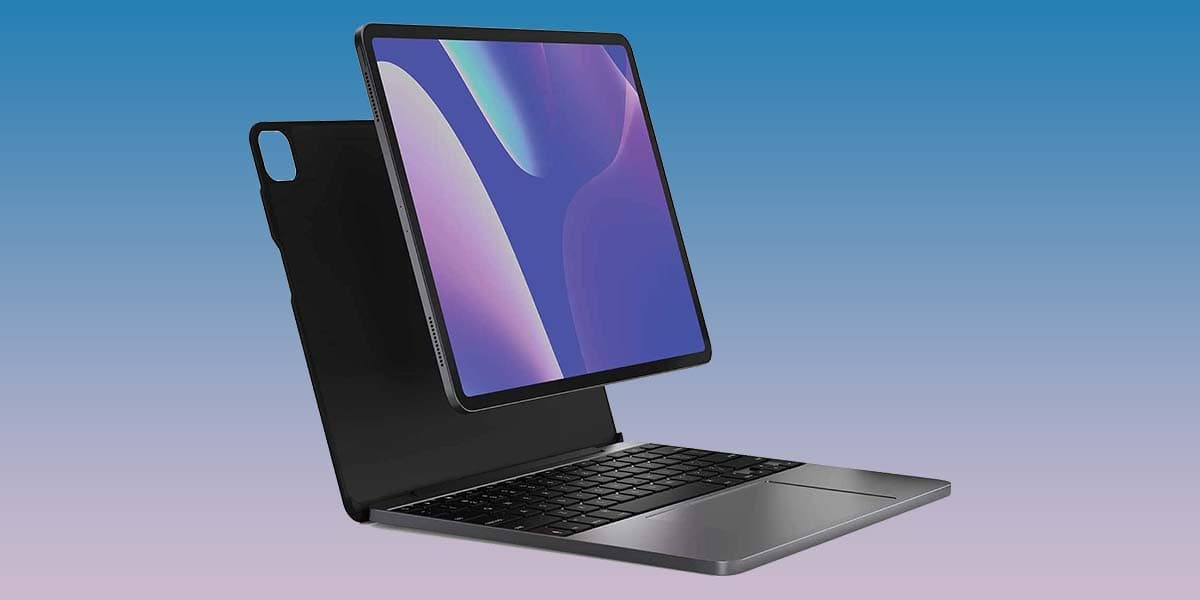 Brydge's keyboards are the best iPad accessories we've ever tested, and effectively turn Apple's popular tablet into a MacBook Pro. Right now, you can save $60 on its Max+ keyboard designed for 12.9-inch iPad Pro models released between 2018 and 2021. Originally $249.99, you can now buy it for $189.99.

The keyboard's aluminum frame perfectly matches the iPad's aesthetics, and a series of magnets built into its back cover hold the tablet securely in place while protecting its backside from scratches. When you're done typing, you can close the iPad on top of the keyboard for easy storage in a backpack. Two features set the Brydge Max+ Wireless Keyboard apart from its competition.

The first is that it's a full-sized keyboard, complete with function rows, which faithfully recreates the experience of typing on a laptop. You'll be able to seamlessly move between your iPad and computer (PC or Mac), without having to re-train your hands to hit certain keys. Speaking of the keys, we've been very pleased at how good it feels to type on this keyboard. The keys depress the perfect amount when typing, so your fingers never feel fatigued after typing. We'll be blunt: Brydge's keyboard is better than the one Apple had on its MacBook Pro between 2016 and late 2019.

The Brydge Max+'s other standout feature is its gigantic trackpad, which allows you to use a cursor on iPadOS. You can select items, swipe between apps, and scroll through web pages or documents as easily as you would on a Mac. Brydge is committed to improving the trackpad's performance (which is pretty excellent already) through free firmware updates. The company typically introduces tweaks to the keyboard's software in lockstep with Apple's iPadOS update schedule. This allows the Brydge Max+ to take advantage of any new iPadOS gestures.

If you've chosen to use the iPad instead of a Mac because of its extreme portability, but wish you could snap on a keyboard when writing long documents or other productivity work, don't miss this deal on the Brydge's Max+ Keyboard.

Read This Next
From the Dept. of Buying Things
How to Stream "Thursday Night Football" on Amazon
From the Dept. of Buying Things
Review: The EF ECOFLOW Delta Max Solar Panel Bundle is Portable, Powerful, and Sustainable
FROM THE DEPT. OF THINGS TO BUY
Go the Distance With This Eco-Friendly Running Gear
FROM THE DEPT. OF THINGS TO BUY
Review: Masterbuilt Gravity Series 800 is a Force of Nature
FROM THE DEPT. OF THINGS TO BUY
5 Nintendo Space Games That Are Out of This World
More on Sci-Fi Visions
Demon Season
Monday on the byte
Hacker Installs DOOM on John Deere Tractor For Some Reason
In Roomba We Do N...
Aug 10 on the byte
Report: Amazon Bought Roomba to Better Creep on Your Home
Robinhoodies
Aug 3 on the byte
Robinhood Laying Off Almost a Quarter of Its Workforce
READ MORE STORIES ABOUT / Sci-Fi Visions
Keep up.
Subscribe to our daily newsletter to keep in touch with the subjects shaping our future.
+Social+Newsletter
TopicsAbout UsContact Us
Copyright ©, Camden Media Inc All Rights Reserved. See our User Agreement, Privacy Policy and Data Use Policy. The material on this site may not be reproduced, distributed, transmitted, cached or otherwise used, except with prior written permission of Futurism. Fonts by Typekit and Monotype.