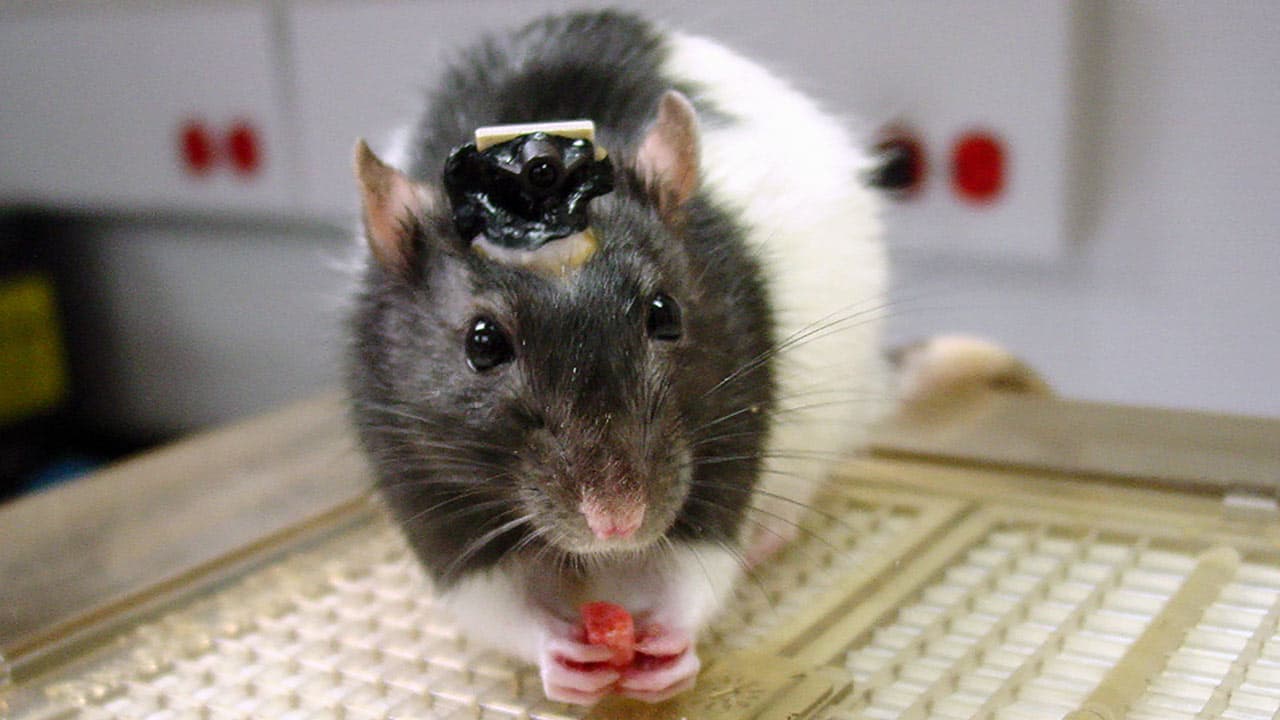 Two years ago, neuroscientists surgically implanted an infrared-detecting electrode into a rat’s somatosensory cortex of rats, the part of their brain that processes touch. The other end of the sensor was outside of the head in order to receive infrared light from the environment. When it did, the sensor sent electrical signals to the rats’ brain that give them a physical sensation. Within 40 days, the rats learned to associate infrared with a reward-based task in which they followed the light to a bowl of water.

In a new experiment, three more electrodes were inserted at equal spaces from each other to allow the rats to have 360 degrees of infrared perception. They learned the same water-reward task in just 4 days. The researchers then started redirecting the infrared—this time they inserted the electrode into the rats’ visual cortex, allowing them to “see” infrared. Amazingly, they learned the same water-reward task within a day.

Proving that introducing a new sense doesn’t negatively affect the existing ones is critical, as that would destroy any potential therapeutic application. In this instance, the fact that the new infrared “sense” integrated nicely with both vision and touch is an illustration of the great plasticity of the nervous system. The rats’ quick learning also suggests that the human brain may also be capable handling such a new sense. The findings are encouraging to researchers trying to develop sensory prosthetic devices that could one day augment human senses.

Read This Next
Futurism
Human Trials Begin for Implanted Electrodes to Improve Memory
More on Enhanced Humans
Brain-Computer Im...
Jan 3 on the byte
Neuralink Cofounder Says New Company's Eye Implant Could Be "Ultimate" VR Tech
Eyes Have It
12. 30. 22 on futurism
Meet the Neuralink Cofounder Who Left and Started a Competitor That's Now Rapidly Catching Up
Butcher Shop
12. 6. 22 on futurism
Neuralink Employees Admit Company Has Killed 1,500 Animals So Far
READ MORE STORIES ABOUT / Enhanced Humans
Keep up.
Subscribe to our daily newsletter to keep in touch with the subjects shaping our future.
+Social+Newsletter
TopicsAbout UsContact Us
Copyright ©, Camden Media Inc All Rights Reserved. See our User Agreement, Privacy Policy and Data Use Policy. The material on this site may not be reproduced, distributed, transmitted, cached or otherwise used, except with prior written permission of Futurism. Articles may contain affiliate links which enable us to share in the revenue of any purchases made.
Fonts by Typekit and Monotype.