The Bottle-Sized Satellites Leading a Quiet Revolution in Space

There's a space revolution, and it's happening as we speak.

There is a space revolution happening today. It’s happening quietly, almost casually, but its impact will be profound. Small, cheap satellites have the power to change businesses and save lives.

The technology behind this revolution is the nanosatellite. Fleets of these bottle-sized satellites now orbit the earth, following leaps forward in terms of accessibility, capability, and affordability.

These new economics and timeframes mean that rather than relying on one satellite for a particular mission, a large number of nanosatellites operate together as a network, boosting resilience. The latest technology can be deployed through rapid upgrades, with the tiny satellites acting as a platform that can quickly react to the needs of its users. The near real-time coverage and exponentially improving data sensing capabilities of nanosatellites provide the potential to both improve life here on earth and follow in the tradition of an illustrious list of innovations. 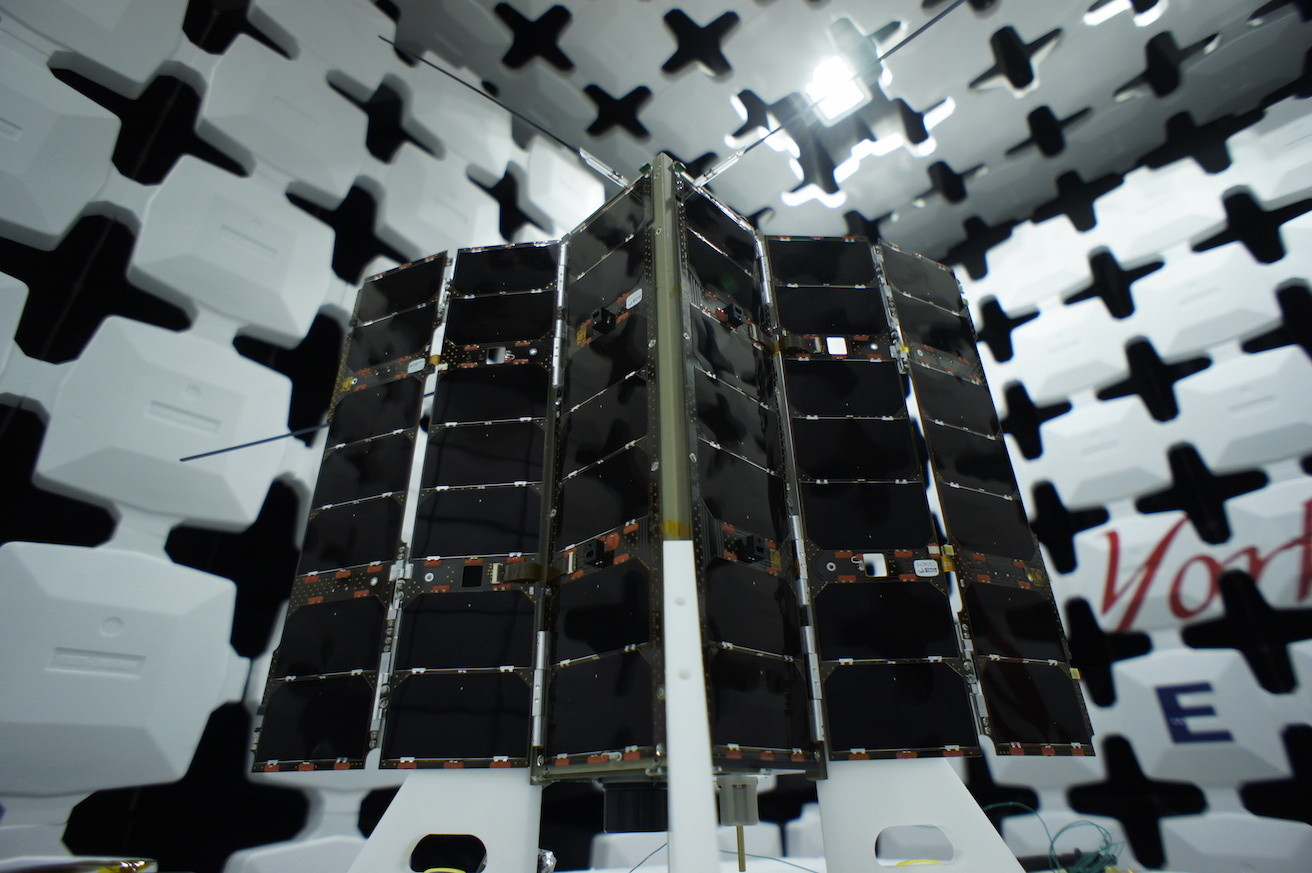 Previous advances such as steam, electricity and internal combustion transformed households and firms, rippling through the whole economy and spawning further innovation.

From steam to genomes to satellites

More recently, the computer has enabled such innovations as payment processing by mobile phones and genome sequencing in healthcare, changing the way we live and positively impacting billions of people, especially in developing countries. Computing has moved from something that was initially a luxury to something that is now considered so important as to be labeled a Millennium Development Goal.

I believe the nanosatellite technology platform will have a similar far-reaching impact across all levels of society and the economy, bringing the benefit of space assets to everyone.

The world has entered into a new era of space innovation. Unlike in the Sixties, this one is being driven by inflows of private investment and the ability to leverage the innovations and improvements of the computer revolution.

This is not just a story of periodic, complex technology spin-offs, but the way people communicate every day. The applications and products based on a nanosatellite platform encompass such sweeping issues as supply chain visibility, agricultural mapping, weather and climate forecasting, border security, and communications.

In the same way that the personal computer brought computing power to the masses by making it smaller, simpler, and cheaper, nanosatellites bring space to the world by bringing down cost and increasing availability by orders of magnitude.

The ability of satellites to transform businesses and quality of life is significantly more relevant today than many people realise, and the enabling technology is doubling every year in terms of capability. In this context, power, bandwidth, and memory improvements translate into real-time data that can be analysed or communicated to serve a variety of needs. Today’s nanosatellite technology already allows us to find and stop fishing vessels using slave labor in the Java Sea, track airplanes and flight patterns to reduce fuel consumption, and monitor endangered species.

This is what nanosatellites will achieve in three years

In three years’ time, my expectation is that a nanosatellite platform will allow businesses and individuals to:

As these examples demonstrate, the nature of space is changing from an industry in and of itself, to an enabling tool cutting across industries and across users – both government and consumer. And most crucially, emerging economies that have relied on the large-scale investments of a few space-faring countries can now access space and use it to further their national and environmental security, educate their population, and enhance their growth. Here are a few examples:

Nanosatellite technology’s relative low cost and its launch availability make this the only technology that can provide resilient and near real-time global coverage, and a platform for connecting the unconnected parts of the world.

I am certain that the new democratization of space will have far-reaching impact on businesses and populations, and that nanosatellite platforms can be a positive tool in managing some of the biggest challenges of the new, Fourth Industrial Revolution.

This technology will allow businesses to better capture revenue and manage costs, participate in the Circular Economy through operational efficiencies, and contribute to supply chain visibility. It will also play a key role in providing the right kind of information to help global leaders make decisions and manage the most worrying risks, from extreme weather, to climate change, biodiversity loss, infrastructure breakdown, natural catastrophes and crises in the supply of food and water.