Best Images From Manhattanhenge Through the Years 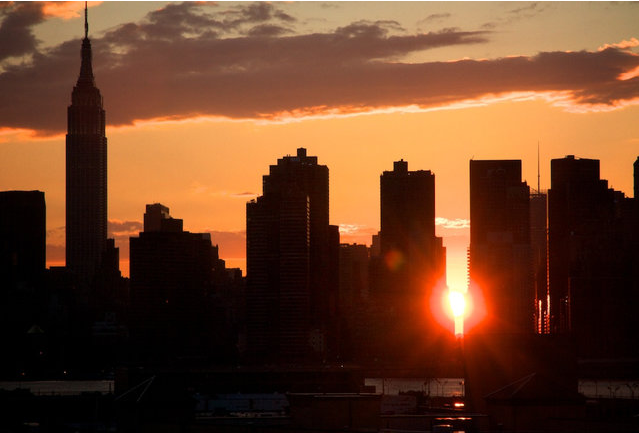 Neil deGrasse Tyson, an astrophysicist, director of the Hayden Planetarium in NYC, and the most recent host of Cosmos (an update on Carl Sagan's famous series), is credited with coining the term "Manhattanhenge." It harks back to Stonehenge and other similar ancient constructions. These stone structures are prehistoric monuments located mostly in England that, at certain junctures (like the solstice and equinox), align with the sun, moon, or various stars.

Watch: An Overview of Manhattanhenge

In Manhattanhenge, the sun aligns perfectly with the city's transit grid. It is a rather amazing event—seeing the sun set along the busy streets in Manhattan. In fact, it is such a stellar event (pun intended) that thousands of people piled on to the road, hoping to record the occurrence. Of course, they mostly just recorded each other.

Also, it is a little ironic that most people are staring at their phones instead of actually watching the event. One wonders whether or not they are really "seeing" it at all. But I digress.

Tyson started promoting Manhattanhenge about 15 years ago, and it is exceedingly popular today. Here are some of the best images of this event over the years.