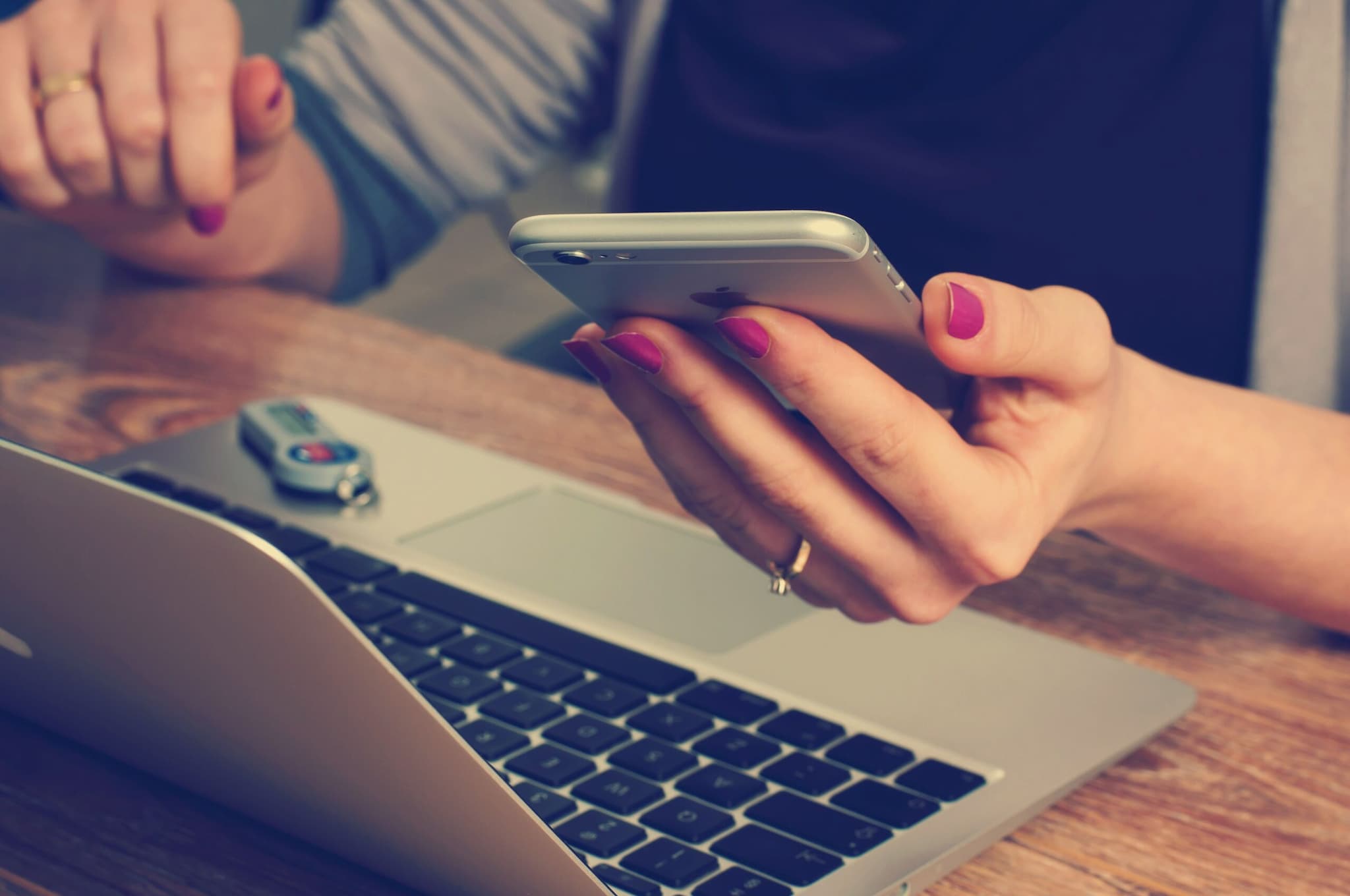 Despite rumors that Black Friday 2021 deals might not be as deep as they have in the past, the numbers are saying otherwise. If you haven’t already noticed, many of those deals are taking place well in advance of the big day.

Discounts are popping up everywhere, from laptops and TVs to mattresses, video games, and the best tablets. Many of the top-of-the-line products like Apple AirPods Pro (which goes beyond the best earbuds) and enormous TVs are getting their prices cut.

In short, you can find a deal on almost anything as long as you have an open mind about brands and models. (You never know which ones will get the best discounts.)

How We Found the Best Black Friday Deals

We spend plenty of time scouring gadgets and products, looking for those that offer the best performance at the best price. That gives us a deeper insight into what’s a good price and what’s not. We’re tracking the sales, especially around the holidays, to find our favorite products at the best discounts.

Black Friday laptop deals don’t usually touch the top-tier models, but that’s not the case this year. Whether you’re looking for the best laptops for music production or best laptops for college, there are some pretty impressive deals, like the Best Buy Black Friday deal on Lenovo’s 14-inch 2-in-1 with a $400 discount. The sale model features a 4k touchscreen, 16GB RAM, 512GB built-in storage, and an 11th-Generation Intel Core i7 Processor—not too bad for a major discount item.

Not to be left behind, the Dell Vostro 7510 Laptop, normally $2,427, is selling for $1,279. Of course, that’s only for a limited time. If you snatch this one, you get an 11th-Generation Intel Core i7 and NVIDIA GeForce RTX 3050 Ti graphics card and one of the best laptops for a screaming deal. This model stands as one of the best gaming laptops and is a great way to get your hands on some gaming hardware without waiting around (thanks to supply chain issues) for a Sony Playstation 5 or Xbox Series X. It might even be worth investing in one of the best laptop desks, too.

Deals are popping up in the entry-level Chromebooks, too. Walmart’s Black Friday deals include the Samsung Chromebook 4. It’s normally a good deal at $219, but it’s currently running for $125, BUT we’ve seen it for as low as $89. Keep an eye on this one if you’re looking for a way to score a Chromebook for the kids.

There are a lot of great deals in between a gaming laptop and a Chromebook, which might be perfect for someone on your list. Check out a few more laptops:

This season has seen a surprising number of large TVs going for relatively affordable prices, considering their size. If you’re in the market or ready to gift a TV, between now and Black Friday is definitely the time to make the move.

Best Buy jumps out into the lead on the best TV deals, offering some smart TVs for as little as $99. Those starter prices are on 24-inch models, but even as the screen size starts to expand, the price doesn’t explode, saving you dollars on your holiday list. The Hisense 70-inch Class A6G Series with a 4K screen and smart Android capabilities, for example, is currently going for $300 off the regular retail price.

Amazon Black Friday deals can also bring some enticing deals on larger screens, like the LG OLED C1 Series 65-inch Smart TV, selling for $1,796 (was $2,499). How do 8 million pixels and a 4k screen that has a deep-learning algorithm to maximize the visuals sound to you? Yeah, pretty good. It’s also got Google Assistant and Alexa built in.

Check out these other deals for excellent holiday savings:

Smartwatches make a gasp-worthy holiday gift. Black Friday deals can upgrade the quality and features you can afford. Amazon has ramped up their smartwatch deals with a FitBit Luxe Fitness and Wellness Tracker for $50 off. Granted, it’s not a smartwatch exactly, but it’s a screaming deal if you’re willing to let go of downloading apps.

Don’t forget to check Amazon to save some cash on the best smartwatches, like the Garmin Forerunner 245 Music ($250). Garmin caters to fitness enthusiasts, but anyone can appreciate the 245’s ability to sync with streaming music services. It also offers advanced running analytics to maximize the efficiency of each workout. Plus, it’s currently $100 off.

And if someone on your list is pining away for an Apple Watch, check out Amazon’s deal on the Apple Watch Series 5 with GPS and cellular. The price might still make you gasp, but it’s almost 40 percent off. This model lets users check their email, send texts, and receive calls. It can also store podcasts and music while monitoring your heart rate.

Check out a few more of the best smartwatch deals:

Black Friday is the perfect time to gift the best video games to your favorite gamer. Even if they’re using the last-gen console, many of the games offer upgrades, so they’ll last after your gamer levels up their play.

Games for every major gaming system will have at least a few deals out there. Some systems like Xbox have a delivery system that makes sure the best version of the game gets delivered. Others, you’ll need to make sure you’re getting the right game for the right console gen.

For those sporting the latest and greatest PlayStation 5, Outriders Day One Edition is going for 50 percent off on Amazon. PS4 and PS5 players can enjoy Riders Republic for PlayStation 4 with a free upgrade to PS5.

Give the gift of a better night’s sleep for yourself, your spouse, or anyone else who could use a new mattress. Lots of mattress companies are offering discounts on their latest models. However, where the real savings often comes is when you bundle that mattress with other sleep products like foundations, sheets, and pillows. Then, you’re looking at deep discounts that can total $900 or more.

Vacuums, air fryers, and weighted blankets are also great finds on (and before) Black Friday. Give them as gifts or stock up on basics that go on sale around the holidays.

Black Friday mattress deals:
Nectar Memory Foam Mattress: $499 savings ($100 off + $399 off accessories)
Amerisleep: up to $699 in savings and gifts
Bear Mattress: up to $748 in savings and free gifts
Brooklyn Bedding Mattresses: 25 percent off site-wide
Layla Sleep: up to $950 in savings on bundles
Brentwood Home: $200 off select mattresses
Avocado: save $125 on hybrid and latex mattresses

Internet searches can only show you so much, and they eat up valuable time you may not have as Black Friday gets closer. Luckily, there are lots of tools to help you find those deals without doing the digging yourself. Apps, web extensions, and websites can notify you or give you an easier, more targeted way to find great deals. Here are a few worth checking out for yourself.

camelcamelcamel.com
This free Amazon price tracker lets you know about price drops, import your Amazon wishlist, and many other options to get better deals. You can also use the site to search for specific products.

Amazon Alexa
Use the phrase, “Alexa, where are my deals?” and Black Friday deals will automatically show up in the Black Friday Badge when you open the Alexa app. Some deals are also activated when you use Alexa to order, such as a KASA smart plug or light bulb.

Octoshop
This Chrome extension lets you sign up for alerts and got notified of price changes from participating retailers.

ShopSavvy
The ShopSavvy app lets you scan barcodes and price check the item in 70,000 stores. It’s a great way to compare prices before making your final gift selection.

The Coupons App
Clipping coupons can take too much time. The Coupons App provides coupons, promo codes, and discounts at brick-and-mortar stores and online retailers. It also lets you know when your coupons are about to expire.

Q: When is Black Friday 2021?
Traditionally, Black Friday is the day after Thanksgiving. In 2021, it falls on Friday, November 26. However, the specific date isn’t as important this year as it has been in the past. Supply chain delays and a pandemic have pushed retailers to rethink their sales tactics. Consequently, Black Friday deals aren’t limited to the day itself. Many are already running, and keep your eye out as the day gets near as more discounts start showing up.

Q: What is Black Friday?
The term Black Friday started nearly half a century ago and referred to heavy traffic. However, it also became known as the day that many US businesses went from functioning in the “red,” aka debt, to the “black,” or profit. Today, changes in advertising and shopping patterns mean that many companies hit the black long before black Friday, while others may not hit it until after the day itself. The term also describes the crazed shopping frenzy and deals available between Thanksgiving and Christmas.

There’s no need to put off your buying until Black Friday, when many of the best deals are already available. From an Apple Watch Series 5 to the Lenovo Yoga 9i, there are great deals on most product types throughout the holidays. Do your research and get your wallet ready to make an in-person or online purchase.