Augmented Reality Eyewear Is The Future, And It Is Not Too Far Off

Augmented reality (AR) and Virtual Reality (VR) are a $67 billion market waiting to be tapped, and Innovega intends to impact this market with their ground-breaking combination of smart contact lenses and display eyewear. 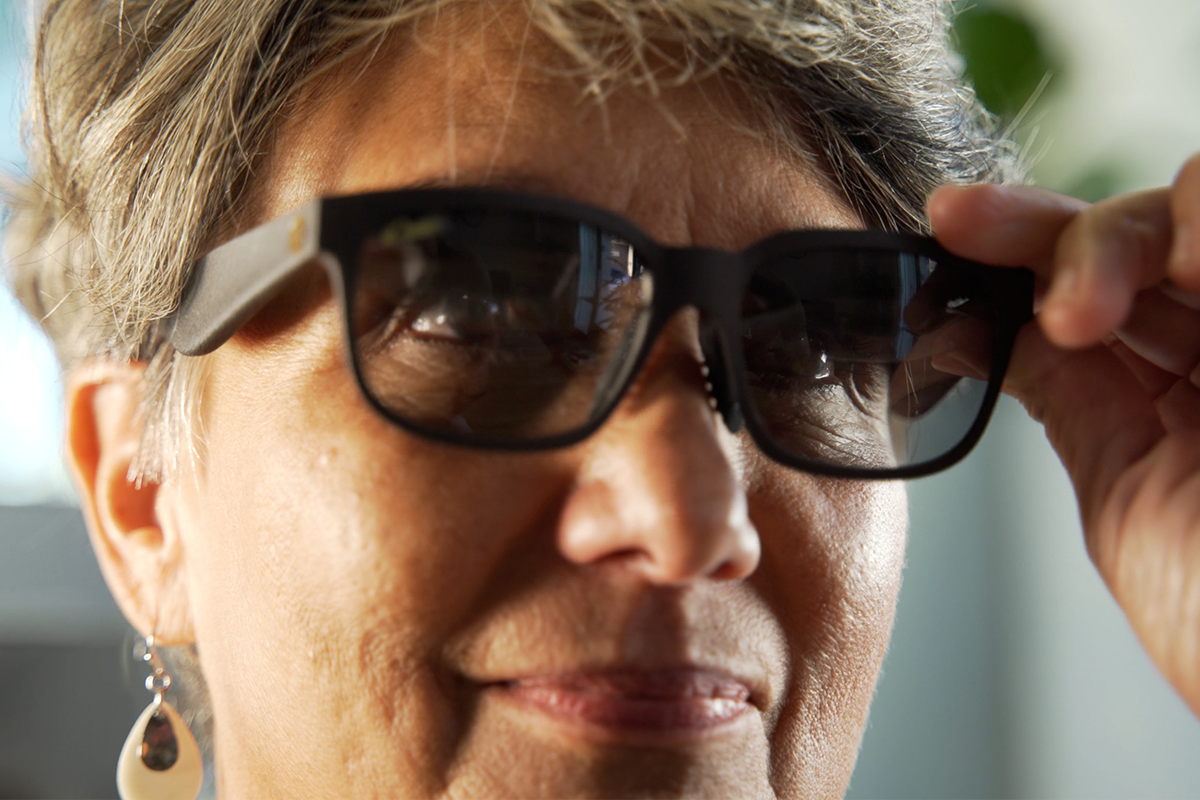 Wearable augmented reality/virtual reality (AR/VR) tech was once little more than the subject of  sci-fi movies and video games, but in the past few years, they've exploded into life. It’s predicted that AR/VR will completely revolutionize not just shopping and entertainment, but how we communicate, socialize, and interact with the world around us. While Facebook’s Oculus and Google Glass are the two most well-known AR/VR products, the user experience has been unsatisfactory -- either clunky, socially isolating headsets or cyborg goggles that offered limited value. The real boom will arrive when wearable AR/VR tech is inconspicuous and easy to take and use anywhere. Once that is done, AR/VR will be in huge demand with those looking to make their lives infinitely easier. Those who invest early may well see huge returns.

One groundbreaking company, Innovega Inc., is aiming to dominate the market by being the first to produce AR/VR contact lenses matched to stylish, lightweight glasses that don’t look different from normal eyeglasses or sunglasses. This isn’t the pipe-dream of a science fiction writer, but something that Mark Zuckerberg of Facebook and Tim Cook of Apple tell us is on the verge of becoming common.

According to the investment brief, ”Innovega has patented, designed and fabricated novel, soft disposable contact lenses that incorporate a powerful micro-lens and nanotech polarizing filters. They are matched to lightweight display eyewear and, as a system, deliver an unprecedented combination of performance and style.” In fact, with just one month in their SeedInvest campaign, Innovega is currently accepting forward-thinking investors who are ready to embrace and accelerate this exciting future.

Innovega has designed AR eyewear that could restore independence and quality of life for the visually impaired, including legally blind

Innovega’s initial focus is the visually impaired, including legally blind. Nearly 60% of Americans and 70% of Asians require corrective vision. For those who are vision impaired or legally blind and prescription glasses and surgery do not work, augmented reality will offer them new vision capabilities, and allow them to gain new independence. Innovega’s AR/VR technology will provide these patients with up to 30x magnification of their surroundings, and on an eyewear display that is up to five times larger than any competitor’s product. The possibilities and applications for the Innovega contact lens and glasses system seem endless.

Innovega is not just a cutting-edge technology pioneer, but a savvy business firm. By licensing the augmented reality eyewear and contact lenses to major suppliers and manufacturers, they plan to quickly build channels of distribution and as they scale volumes, expect to be able to bring down the price of state-of-the-art AR/VR and make it accessible for everyday use. Want to shop online while laying by the pool? Record a great concert from the front row? How about virtual meetings that avatar colleagues and friends? Increasingly, these will be possible without computers, smartphones, or robots.

Innovega’s vision is wearable AR/VR technology that is useful, usable and affordable. Your glasses will download apps from Apple, Google, and Facebook like any smartphone, making wearable tech the next great advancement in communication and personal technology. If you want to participate in some of today’s most cutting-edge AR/VR technology, Innovega offers a great opportunity to invest now and be on the ground floor.

Lightweight, stylish, and powerful are Innovega’s goals for its next-generation display eyewear. Professionals who have previously held leadership roles at Microsoft, AT&T, Bausch & Lomb, and Intel have all invested in this AR/VR revolution. Will you sit on the sidelines, or will you invest and be a part of the future? This is the last month to own shares in the merging of the physical and digital worlds. Become a part-owner on SeedInvest before the campaign ends on November 12th!

Read This Next
From Our Partners
Can't Wait For November 26th? Save On These Pre-Black Friday Doorbusters Deals Now!
From Our Partners
Save on Science Toys And DIY Kits During This Pre-Black Friday Sale
From Our Partners
Teach Kids The Joys Of Geography With 15% Off This AR Globe
Brands We Love
The Latest Advancements in VR Sex Are Here in One Convenient Bundle
From Our Partners
Pandemic Healthcare Innovation Led To Wearable Treatments
More on Sci-Fi Visions
FROM THE DEPT. OF...
Wednesday on futurism
The Best Tablets for Note-Taking of 2022
Crypto Apocalypse
Wednesday on the byte
Crypto Investors Despondent After Losing Life Savings in FTX "Bloodbath"
Butcher Shop
Tuesday on futurism
Neuralink Employees Admit Company Has Killed 1,500 Animals So Far
READ MORE STORIES ABOUT / Sci-Fi Visions
Keep up.
Subscribe to our daily newsletter to keep in touch with the subjects shaping our future.
+Social+Newsletter
TopicsAbout UsContact Us
Copyright ©, Camden Media Inc All Rights Reserved. See our User Agreement, Privacy Policy and Data Use Policy. The material on this site may not be reproduced, distributed, transmitted, cached or otherwise used, except with prior written permission of Futurism. Articles may contain affiliate links which enable us to share in the revenue of any purchases made.
Fonts by Typekit and Monotype.