A clear picture of our corner of the cosmos is within reach. 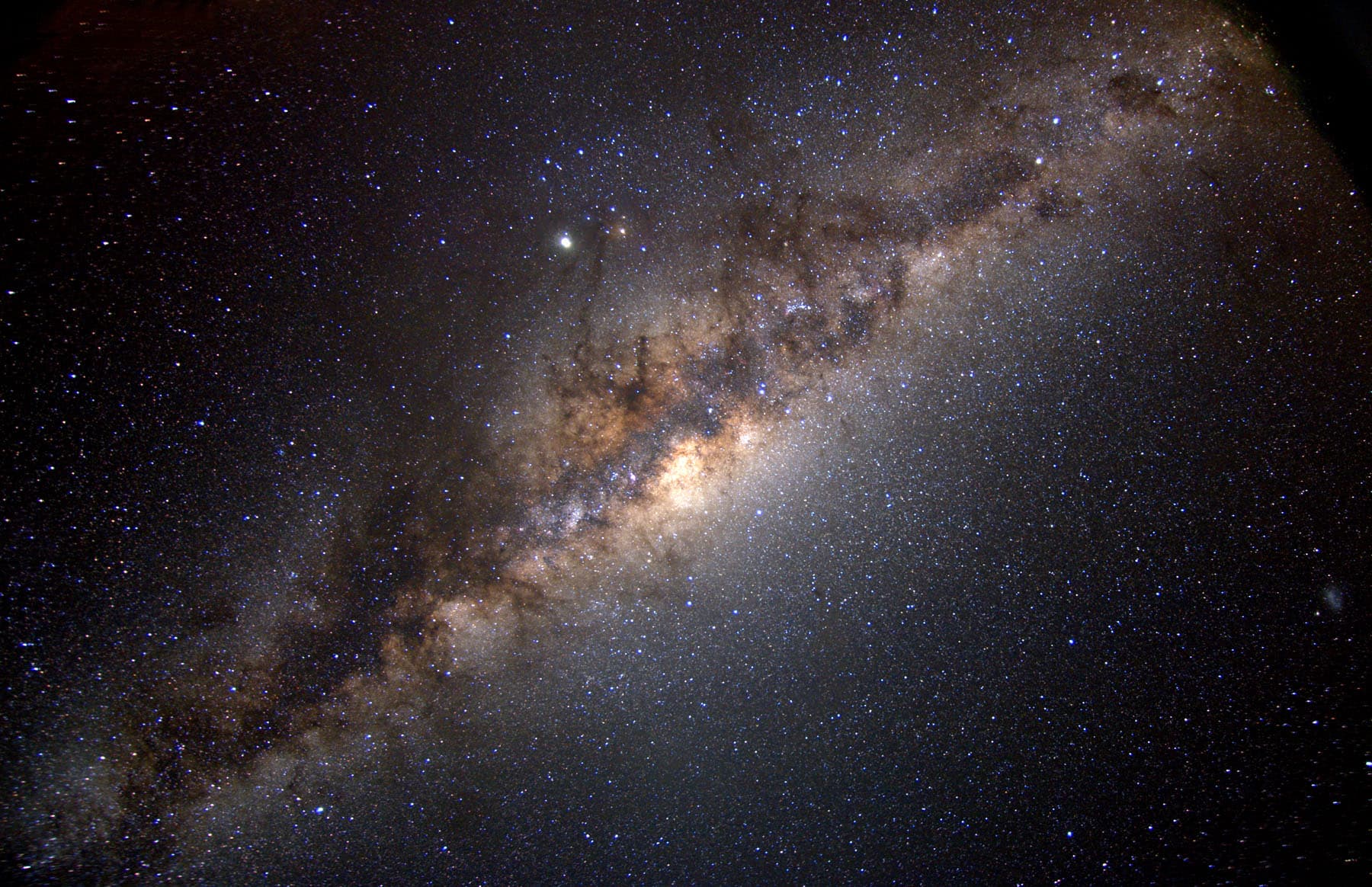 Since the 18th century, astronomers have been aware that our Solar System is embedded in a vast disk of stars and gas known as the Milky Way Galaxy. Since that time, the greatest scientific minds have been attempting to obtain accurate distance measurements in order to determine just how large the Milky Way is. This has been no easy task, since the fact that we are embedded in our galaxy’s disk means that we cannot view it head-on.

But thanks to a time-tested technique called trigonometric parallax, a team of astronomers from the Max Planck Institute for Radio Astronomy (MPIfR) in Bonn, Germany, and the Harvard-Smithsonian Center for Astrophysics (CfA) were recently able to directly measure the distance to the opposite side of the Milky Way Galaxy. Aside from being an historic first, this feat has nearly doubled the previous record for distance measurements within our galaxy.

The study which described this accomplishment, titled “Mapping Spiral Structure on the far side of the Milky Way“, recently appeared in the journal Science. Led by Alberto Sanna, a researcher from the Max Planck Institute for Radio Astronomy, the team consulted data from the National Radio Astronomy Observatory’s Very Long Baseline Array (VLBA) to determine the distance to a star-forming region on the other side of our galaxy.

To do this, the team relied on a technique first applied by Freidrich Wilhelm Bessel in 1838 to measure the distance to the star 61 Cygni. Known as trigonometric parallax, this technique involves viewing an object from opposite sides of the Earth’s orbit around the Sun, and then measuring the angle of the object’s apparent shift in position. In this way, astronomers are able to use simple trigonometry to calculate the distance to that object.

In short, the smaller the measured angle, the greater the distance to the object. These measurements were performed using data from the Bar and Spiral Structure Legacy (BeSSeL) Survey, which was named in honor of Freidrich Wilhelm Bessel. But whereas Bessel and his contemporaries were forced to measure parallax using basic instruments, the VLBA has ten dish antennas distributed across North America, Hawaii, and the Caribbean.

With such an array at its disposal, the VLBA is capable of measuring parallaxes with one thousand times the accuracy of those performed by astronomers in Bessel’s time. And rather than being confined to nearby star systems, the VLBA is capable of measuring the minuscule angles associated with vast cosmological distances. As Sanna explained in a recent MPIfR press release:

“Using the VLBA, we now can accurately map the whole extent of our Galaxy. Most of the stars and gas in our Galaxy are within this newly-measured distance from the Sun. With the VLBA, we now have the capability to measure enough distances to accurately trace the Galaxy’s spiral arms and learn their true shapes.”

The VLBA observations, which were conducted in 2014 and 2015, measured the distance to the star-forming region known as G007.47+00.05. Like all star-forming regions, this one contains molecules of water and methanol, which act as natural amplifiers of radio signals. This results in masers (the radio-wave equivalent of lasers), an effect that makes the radios appear bright and readily observable with radio telescopes.

This particular region is located over 66,000 light years from Earth and at on opposite side of the Milky Way, relative to our Solar System. The previous record for a parallax measurement was about 36,000 light-years, roughly 11,000 light years farther than the distance between our Solar System and the center of our galaxy. As Sanna explained, this accomplishment in radio astronomy will enable surveys that reach much farther than previous ones:

“Most of the stars and gas in our Galaxy are within this newly-measured distance from the Sun. With the VLBA, we now have the capability to measure enough distances to accurately trace the Galaxy’s spiral arms and learn their true shapes.”

Hundreds of star-forming regions exist within the Milky Way. But as Karl Menten – a member of the MPIfR and a co-author on the study – explained, this study was significant because of where this one is located. “So we have plenty of ‘mileposts’ to use for our mapping project,” he said. “But this one is special: Looking all the way through the Milky Way, past its center, way out into the other side.”

In the coming years, Sanna and his colleagues hope to conduct additional observations of G007.47+00.05 and other distant star-forming regions of the Milky Way. Ultimately, the goal is to gain a complete understanding of our galaxy, one that is so accurate that scientists will be able to finally place precise constraints on its size, mass, and its total number of stars.

With the necessary tools now in hand, Sanna and his team even estimate that a complete picture of the Milky Way could be available in about ten years time. Imagine that! Future generations will be able to study the Milky Way with the same ease as one that is located nearby, and which they can view edge-on. At long last, all those artist’s impression of our Milky Way will be to scale!

Read This Next
Lonely Planet
Scientists Find Nearby Planet the Same Size of Earth, Plan to Search It for Life
Hall Effect
Test Suggests Ion Thrusters Could Power Crewed Interplanetary Missions
Shoo
Scientists Warn Giant Asteroid Is Actually Swarm, Nearly Impossible to Destroy
What Does It All Mean?
The Second Alien Probe We Detect May Be Particularly Bizarre, Scientist Says
A Sip of Opal
NASA Discovers Precious Gemstones on Mars
More on Off World
Heavy Metal
Yesterday on the byte
NASA Mars Rover Finds Metallic Object That Smashed Down on Surface
Small But Mighty
Yesterday on the byte
Baby Asteroid Photobombs James Webb On Accident
Little Guy
Yesterday on the byte
Scientists Prototype "Creeping" Lizard-Like Robot for Exploring Mars
READ MORE STORIES ABOUT / Off World
Keep up.
Subscribe to our daily newsletter to keep in touch with the subjects shaping our future.
+Social+Newsletter
TopicsAbout UsContact Us
Copyright ©, Camden Media Inc All Rights Reserved. See our User Agreement, Privacy Policy and Data Use Policy. The material on this site may not be reproduced, distributed, transmitted, cached or otherwise used, except with prior written permission of Futurism. Articles may contain affiliate links which enable us to share in the revenue of any purchases made.
Fonts by Typekit and Monotype.