A white dwarf discovered by Brazilian astronomers has an atmosphere of almost pure oxygen. 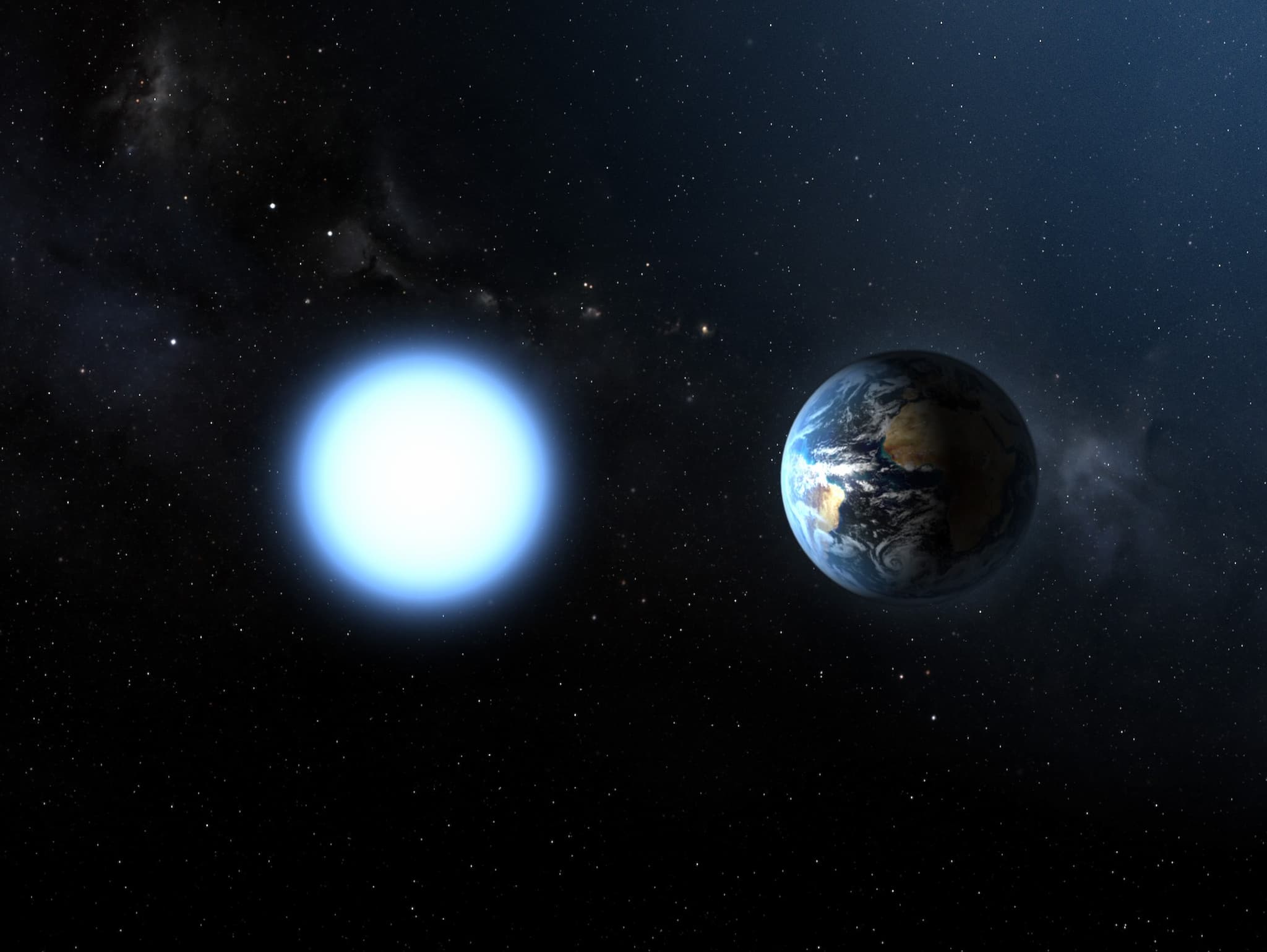 White dwarfs are like the doddering seniors of the stellar world: They're in the last stage of their development, they come just after the most active and expansive phase of a star's life, and they're white with age.

These curious objects are the leftovers of a star after it has exhausted its nuclear fuel. Super-dense and super-hot, these white dwarfs have only the lightest elements on their surface, typically hydrogen and helium.

But then again, not all of them.

Astronomers have discovered a white dwarf that has a pure oxygen atmosphere. In a paper published in Science, the researchers detail the discovery of what is the only star of its kind ever to be found.

The team of Brazilian astronomers were combing the data of the Apache Point Observatory for a project called the Sloan Digital Sky Survey when they found the star, over 1200 light years distant, which seemingly had an atmosphere of 99.9 % oxygen.

They nicknamed the star "Dox" (Dee-Awks).

The question on everybody's mind is: what happened to it? White dwarfs typically have hydrogen and helium in their atmospheres, and heavier elements like oxygen, neon, and magnesium are found in a pool of these light elements.

Also, stars that have these heavy elements are typically large. For a white dwarf to have any oxygen, it must have been at least twice as big as Dox.

Quite simply, Dox defies most of our knowledge in stellar evolution and white dwarf formation. But this is not to say that there are no theories.

The most popular theory is that the star is a product of a binary evolution; there was another star in the same system, somewhat like the setups in the nearby Sirius and Procyon systems. The other star stripped Dox of its surface, exposing the heavy materials underneath. This explains why such a seemingly small white dwarf harbors such heavy elements: it used to be bigger.

With such a pure oxygen atmosphere, we could probably breathe it—while simultaneously being fried by the white dwarf's intense radiation and crushed to single-atom thickness by its colossal gravity.

For an embarrassingly inept (but informative) discussion of the new discovery, please see the video below.

Read This Next
Name Game
NASA May Still Rename James Webb Telescope Over Homophobia Controversy
Search for Life
Former Astronaut Suggests Specific Planet for James Webb to Search for Life
Far Out
Proposed Mission Would Explore Interstellar Object ‘Oumuamua
History Repeating
Astrobiologist: Humans Are Going to Ruin Outer Space
On The Event Horizon
Here's Why Everyone's so Excited About the Black Hole Image
More on Off World
Light Me Up
Yesterday on the byte
Wall of Lasers Cuts Across Hawaii's Night Sky
Water Sign
Yesterday on the byte
Scientists Find New Evidence of Hidden Ocean World in Our Solar System
Trashing Orbit
Thursday on the byte
Elon Musk Says SpaceX May Build Starship That Dies on Purpose
READ MORE STORIES ABOUT / Off World
Keep up.
Subscribe to our daily newsletter to keep in touch with the subjects shaping our future.
+Social+Newsletter
TopicsAbout UsContact Us
Copyright ©, Camden Media Inc All Rights Reserved. See our User Agreement, Privacy Policy and Data Use Policy. The material on this site may not be reproduced, distributed, transmitted, cached or otherwise used, except with prior written permission of Futurism. Articles may contain affiliate links which enable us to share in the revenue of any purchases made.
Fonts by Typekit and Monotype.