We're just learning this now. And don't lie: You would too. 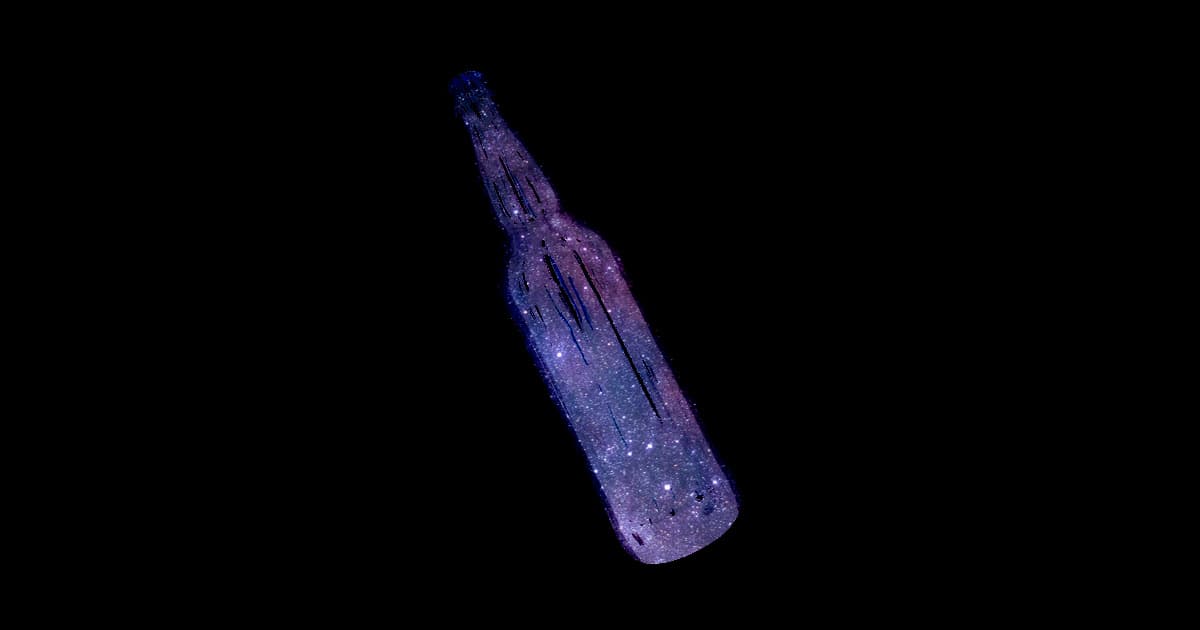 Let's say, for the sake of argument, that you're an astronaut, with a ticket to the International Space Station, where you'll be hanging out for months, if not nearly an entire year. While you're now part of an incredibly elite group of people ever to travel into space, you're also not immune to enjoying (like most of the rest of human civilization since time immemorial) a good drink. Would you try to smuggle some booze aboard the ISS? Of course you would.

According to a new book, a lot of astronauts have done the same thing. Routinely! According to a phenomenal rundown of the history of booze in space on Supercluster, astronauts are saucing in orbit all the time. For example:

“NASA will tell you there is no alcohol aboard the ISS," NASA astronaut Clayton Anderson told [2019's "Alcohol in Space" author Chris Carberry]. "As a person who lived there for five months, I’ll tell you that’s bogus."

Yep: Someone wrote and published an entire tome about getting wasted in space last year, the book everyone didn't know they needed. In "Alcohol in Space," Carberry further found that the Russian space program turns a blind eye to this kind of thing, and that the cosmonauts generally prefer brandy over vodka. Also, they're good at getting it aboard:

They’ve smuggled bottles of cognac in hollowed-out books, filled up plastic meal containers with booze and mislabeled them as juice, and even gone on strict diets before launch so they could smuggle bottles in their spacesuits and still make weight requirements.

While tippling it in space might seem innocuous, it turns out there's good reason to look into it. For one thing, learning about the way booze behaves, at a chemical level, in a zero-g environment informs the scientific development of it down here (and there have been several cargo payloads containing alcohol used for experiments that've already made it into orbit).

For another, as space travel develops, the fact remains: on Mars, the Moon, or just a trip around the bright blue rock, people will want a nip. There's something comforting in that, you know? No matter how deep into the furthest reaches of our galaxy, or into the universe beyond it, humans will want to get 'faced. And if, one day, we're relegated to a small paragraph of a history tome of some alien civilization, in a chapter about the ancient others decimated so theirs could stand, it's hard to imagine anything as sure as something along the lines of "they always proved themselves nothing if not adept at finding a way to get drunk." We will. We always do.

More on naughty astronauts: The Complications of Sex in Space

Read This Next
Monkey Business
China Plans to Send Monkeys to Space Station to Have Sex With Each Other
Overview Effect
William Shatner Says His Space Trip Left Him With a Feeling of Terrible Grief
Astronaut Drip
We Just Got the First Peek at NASA's Artemis Moon Landing Suits
Blast Off
Former Astronaut Details Quest to Grow Cannabinoids in Space
RIP
Unfortunate Comet Flies Too Close to the Sun, Disintegrates and Becomes a Ghost
More on Off World
Hall Effect
3:22 PM on futurism
Test Suggests Ion Thrusters Could Power Crewed Interplanetary Missions
CHON: Legacy
3:19 PM on the byte
James Webb Discovers Coldest Ice in Known Universe, Harboring Molecules Essential For Life
Is There?
3:14 PM on the byte
NASA Setting Up Facility For Mars Rock Samples That Might Contain Alien Life
READ MORE STORIES ABOUT / Off World
Keep up.
Subscribe to our daily newsletter to keep in touch with the subjects shaping our future.
+Social+Newsletter
TopicsAbout UsContact Us
Copyright ©, Camden Media Inc All Rights Reserved. See our User Agreement, Privacy Policy and Data Use Policy. The material on this site may not be reproduced, distributed, transmitted, cached or otherwise used, except with prior written permission of Futurism. Articles may contain affiliate links which enable us to share in the revenue of any purchases made.
Fonts by Typekit and Monotype.