Today in Astronaut Fashion: A Unitard to Keep Your Back Healthy

The Skinsuit recreates the effect of gravity to avoid damaging the astronaut's spine. 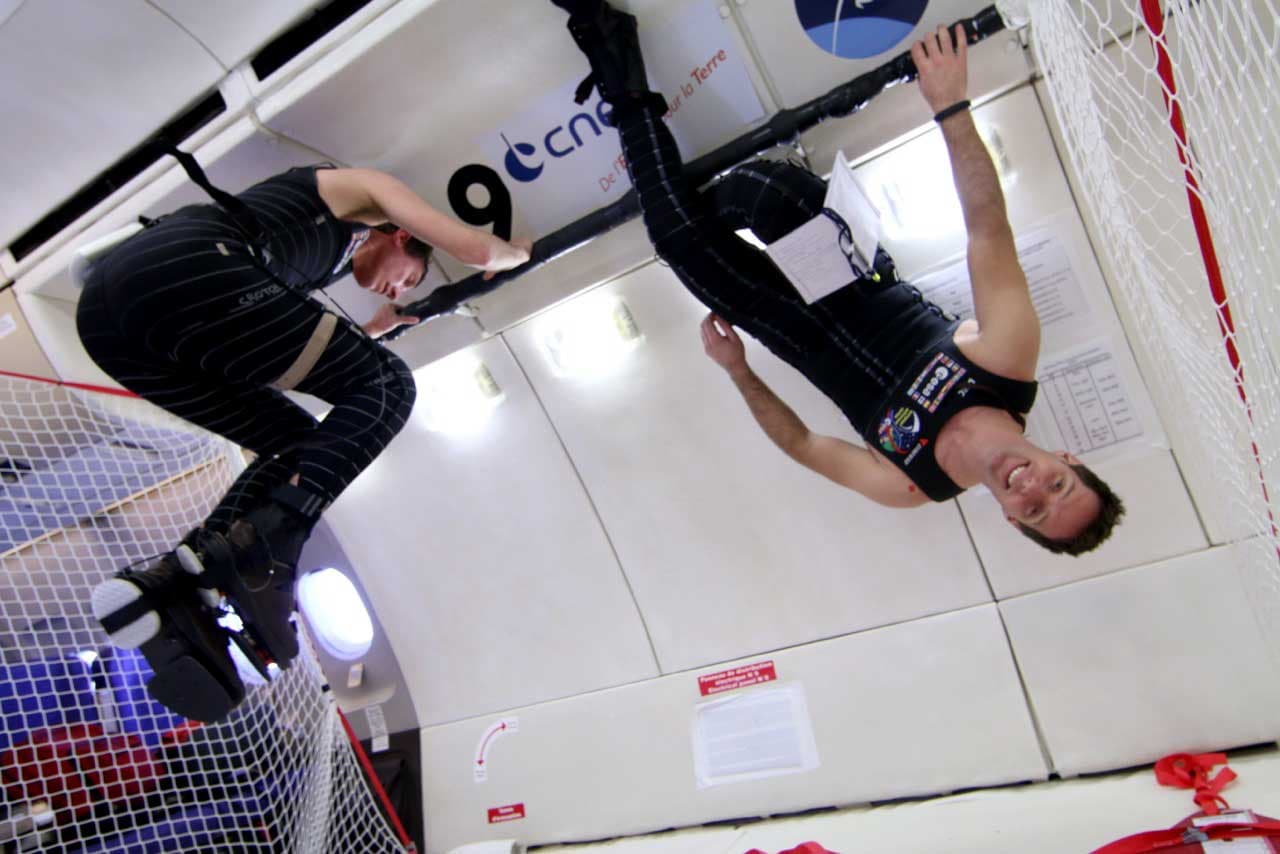 We're at our tallest when we wake up in the morning after spending the night in a supine position, but over the course of the day our spine is squashed down as much as 1.5 centimeters due to gravity. As unsettling as it may sound, this effect is not bad for our bodies: we are designed to adapt to it.

In space, things are a bit different, because there's no gravity. And that's bad news for astronauts, that after coming back from their journey must get used to feeling heavy again. This can be a painful process: astronauts typically come back from long periods of weightlessness a little taller – but the supporting ligaments and muscles around their spine will have grown weaker, not having to resist gravity. That means they will be more prone to back pain and slipped disks.

Scientists from King’s College London and the European Space Agency’s (ESA) Space Medicine Office set out to find a solution to the problem. Their Skinsuit is a spandex-based garment that recreates the squeezing effect that gravity has on the body.

First, the scientists wanted to reproduce the weightlessness astronauts experience in space. Inspired by the way people float on the Dead Sea, the scientists half-filled waterbeds and added magnesium salts to simulate microgravity. Test subjects lying on the beds for long periods of time displayed a stature increase similar to those observed in astronauts in orbit, according to a blog post on the ESA website.

With the right space-like environment, they were ready to test various versions of the suit. An early model provided compression equivalent to 80 percent of the force of gravity present on Earth, but astronauts found it too uncomfortable and could only wear it for a couple of hours. The current version, called Mark VI, simulates the equivalent of 20 percent of gravity loading, which is slightly more than lunar gravity.

Skinsuits have already been tested during ESA missions to the International Space Station. The results of studies on Earth using the waterbeds are yet to be published, but according to the researchers, they show that the garment can mitigate spine elongation, and ultimately reduce those back pains.

Read This Next
God Shot
Astronaut Says He Had Religious Experience During Spacewalk
Mars Rock Blues
Mars Rock Samples Probably Won't Infect Earth With Deadly Martian Plague, Scientist Says
RIP
Unfortunate Comet Flies Too Close to the Sun, Disintegrates and Becomes a Ghost
Be Better
Why Hasn’t NASA Hired More Black and Brown Astronauts?
Catching Zs in Space
The Bunks in the Chinese Space Station Are Absolutely Enormous
More on Off World
Lonely Planet
Yesterday on futurism
Scientists Find Nearby Planet the Same Size of Earth, Plan to Search It for Life
Take Cover
Feb 4 on the byte
Space Startup Blows Up Another Giant Inflatable Space Station Module
Rock Blast
Feb 4 on the byte
Scientists Say There's an Upside to Those Rocks That Keep Bludgeoning the James Webb
READ MORE STORIES ABOUT / Off World
Keep up.
Subscribe to our daily newsletter to keep in touch with the subjects shaping our future.
+Social+Newsletter
TopicsAbout UsContact Us
Copyright ©, Camden Media Inc All Rights Reserved. See our User Agreement, Privacy Policy and Data Use Policy. The material on this site may not be reproduced, distributed, transmitted, cached or otherwise used, except with prior written permission of Futurism. Articles may contain affiliate links which enable us to share in the revenue of any purchases made.
Fonts by Typekit and Monotype.