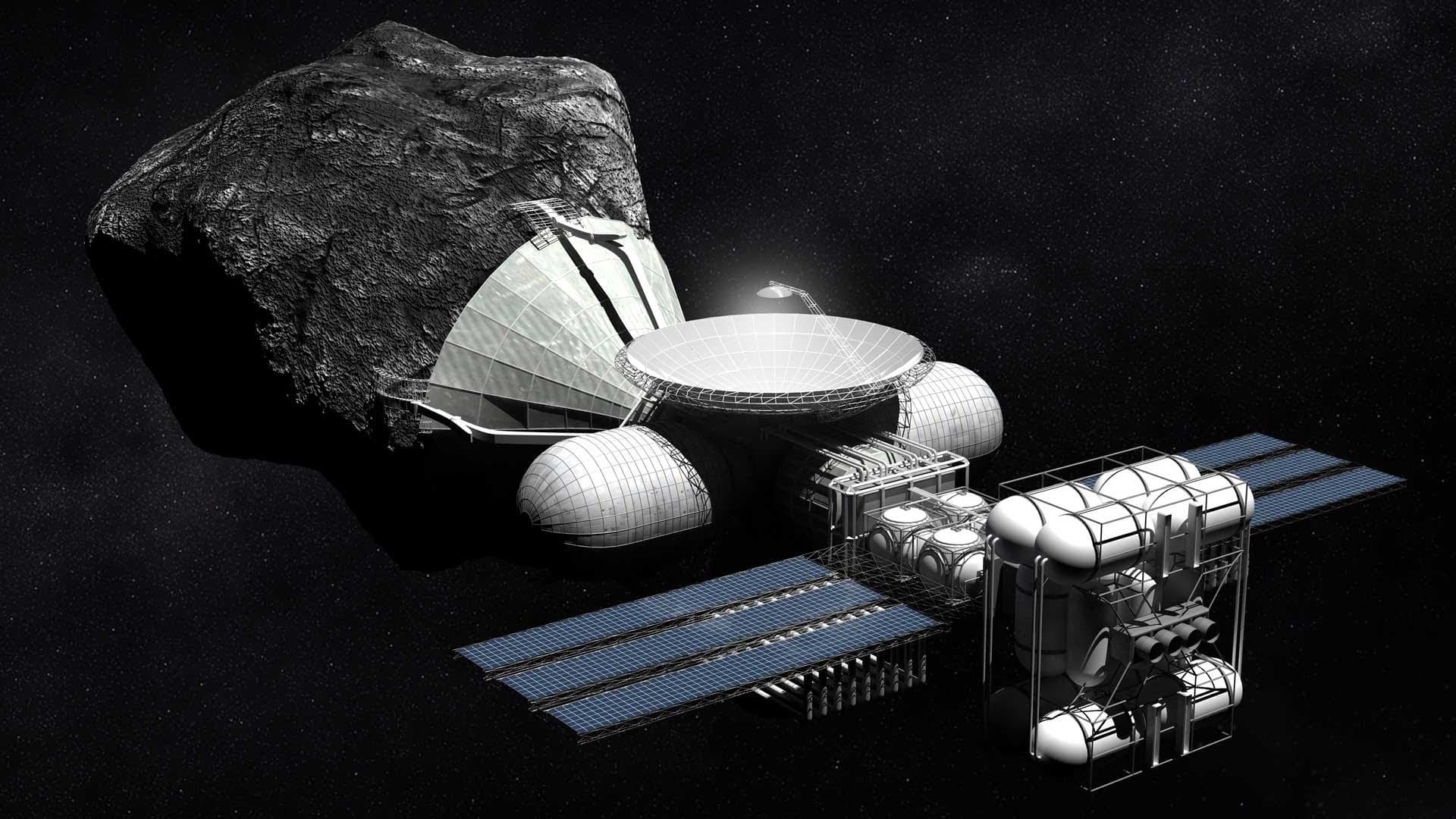 The Other Side of Asteroids

When we think of asteroids, scenarios of species-ending impacts typically come to mind. The impact from a large enough rock would, frankly, be deadly. Yet, these space rocks contain  elements that are extremely valuable to us, including gold, iridium, silver, platinum, iron, cobalt, manganese, nickel, aluminum and titanium. Now, an asteroid mining company has taken a huge step to being able to mine these space objects.

Planetary Resources, an asteroid mining company started in 2010, just deployed its spacecraft from the ISS, commencing the preliminary mission to test its technologies. For the next 90 days, Arkyd 3 Reflight spacecraft will be testing functionalities that will be needed to mine materials from near-Earth asteroids.

“Our team is developing the technology that will enable humanity to create an off-planet economy that will fundamentally change the way we live on Earth,” says Peter Diamandis, cofounder of Planetary Resources. The company says asteroid mining will come to be a multi-trillion dollar industry. Being able to harvest materials from asteroids would dramatically change space travel. Astronauts could propel their crafts by taking oxygen, ammonia, hydrogen and other materials from an asteroid.

Read This Next
Monkey Business
China Plans to Send Monkeys to Space Station to Have Sex With Each Other
Overview Effect
William Shatner Says His Space Trip Left Him With a Feeling of Terrible Grief
Astronaut Drip
We Just Got the First Peek at NASA's Artemis Moon Landing Suits
Blast Off
Former Astronaut Details Quest to Grow Cannabinoids in Space
RIP
Unfortunate Comet Flies Too Close to the Sun, Disintegrates and Becomes a Ghost
More on Off World
Cat and Mouse
3:38 PM on the byte
SpaceX to Launch "Hunter" Satellites for Targeting Rival Spacecraft
Space In Space
1:44 PM on the byte
NASA Official Admits There's a Bit of an Issue on the Space Station
No More Hops, Mor...
Yesterday on the byte
Suggestion: NASA Should Make Its Mars Helicopter Do Some Gnarly Tricks From "Tony Hawk"
READ MORE STORIES ABOUT / Off World
Keep up.
Subscribe to our daily newsletter to keep in touch with the subjects shaping our future.
+Social+Newsletter
TopicsAbout UsContact Us
Copyright ©, Camden Media Inc All Rights Reserved. See our User Agreement, Privacy Policy and Data Use Policy. The material on this site may not be reproduced, distributed, transmitted, cached or otherwise used, except with prior written permission of Futurism. Articles may contain affiliate links which enable us to share in the revenue of any purchases made.
Fonts by Typekit and Monotype.