It's the perfect subscription box for DIY tech lovers. 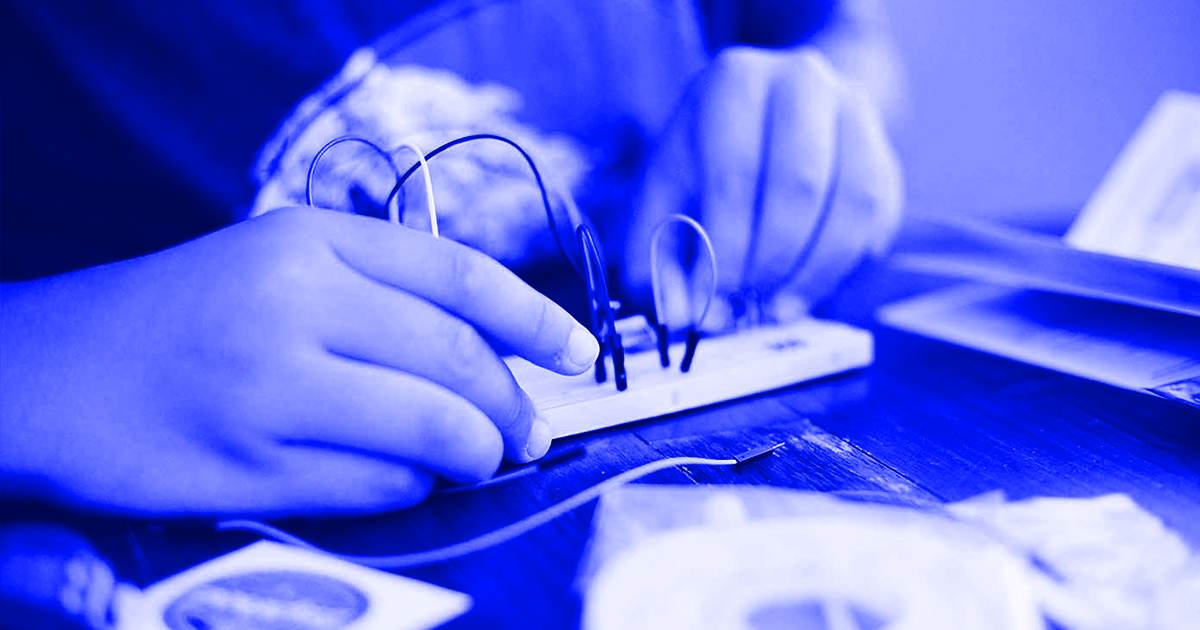 If you’re looking for a fun and convenient way to learn about coding and electronics, don’t sit hunched over your computer watching random YouTube videos late into the night. Instead, give Creation Crate a try. It’s a subscription box service that sends you fun arduino projects on a monthly basis at prices starting at less than $23.00.

Creation Crate’s monthly subscription box project kits are based on the Arduino platform. Each crate contains everything you need to create your own electronics project. It’s fun and interesting, but the company’s deeper purpose is to foster badly needed STEM education, giving users (children and adults alike) a way to receive a sturdy foundation of literacy in electronics and coding, which has obvious applications throughout the modern 21st century. Such a foundation has obvious benefits in terms of professional prospects, but they can also help kids (and even adults) develop better social and problem-solving skills. Plus, you get to keep all the projects you build, projects like the following:

That’s just a small sampling of previous projects available from Creation Crate’s Electronics 101 curriculum. At present, there are also three other curriculum levels you can choose from depending on the intended user’s age and/or experience: Electronics 2.0, Engineering (Jr), and Wearables.

A single box from Creation Crate is $29.99, but if you subscribe to additional months of arduino projects, you also get a significant discount. There’s a three-month tier that comes to $26.99 a month, a six-month tier for $25.49 a month, and for a whole year the cost is just $22.49 a month.

Another cool thing about Creation Crate is that literally anyone with an interest in electronics can participate, regardless of age. Here’s some relevant feedback from a middle-school student who took to the curriculum:

“I am a seventh grader who really likes building and coding. Previously, I was getting another crate like this, but it was getting sort of easy. I asked my grandma to switch it over to this. I just got my first Creation Crate and it was amazing. Before, with the other crate, I wasn’t challenged much, but with this one, I had lots of fun figuring out what each line of code actually did.”

But even if you’re only a kid at heart, Creation Crate is likely a good way for you to learn more about electronics, like this guy (who was apparently too busy doing Creation Crate projects in his spare time, so his wife had to do the testimonial for him):

“My husband has been wanting to get into electronics as a side hobby for some time and this has been a great way to ease him into a field that he is completely unfamiliar with. The projects can even be passed down to the kids as he moves on to new crates, what a deal! Thank you!”

Creation Crate is adding new projects all the time, so there’s no reason not to dive in and get started as soon as you can. You can do it right now by heading over to the Creation Crate official site right here to learn more.

Read This Next
Brands We Love
Start a New Career with The 22-Course Ultimate IT Certification Bundle
Brands We Love
Launch Your IT Career With This Complete Programming Super Bundle
Brands We Love
Build an Adorable Robot Army With Geeek Club’s DIY Nanobots
Brain Freeze
Colleges Are Mailing Brains to Students to Dissect at Home
Brands We Love
If Your Kids Love to Learn, This Science Kit Subscription Service Is a Must
More on Hard Science
Ka-Boom
8:22 PM on the byte
New Paper: Space Is Full of Naturally Occurring Atomic Bombs
Prodigal Fallout ...
Yesterday on the byte
France Tested Nuclear Weapons in Africa. Now Radioactive Dust Is Drifting Back Into France.
Gravity Falls
Yesterday on the byte
Optical Illusion Photo Shows Huge Oil Tanker Hovering Over the Sea
READ MORE STORIES ABOUT / Hard Science
Keep up.
Subscribe to our daily newsletter to keep in touch with the subjects shaping our future.