Google Wants to Apply AI & Machine Learning to All Its Products

Artificial intelligence is getting a major boost. 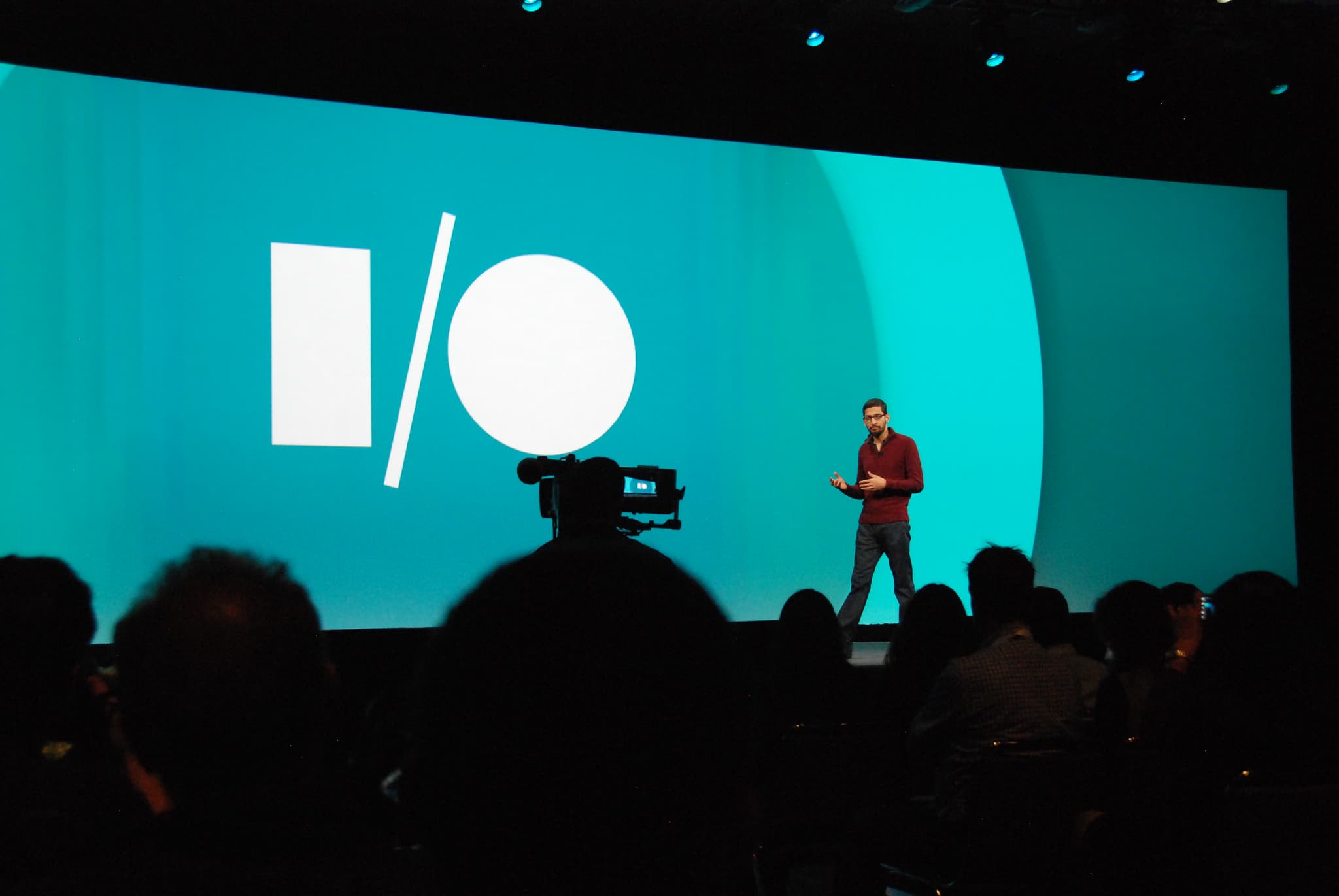 It's the time of year again for Google I/O, the company's annual developer conference. On Wednesday, the showcase started with a keynote from CEO Sundar Pichai who reiterated the company's latest approach for all that it does: artificial intelligence (AI). Google does a lot, from its original search engine function, to email, video services, and mobile software — and the company wants to see AI will be at the helm of it all.

Pichar highlighted this "AI-first" focus, something he mentioned at the I/O last year. Now, Google has given the rest of the world a glimpse of how machine learning will work behind every platform it has.

An AI Chip in the Cloud

Of course, there's no amount of AI and machine learning-based tech that can work without a specialized processor to run them. That's why Google launched the second generation of its tensor processing unit chips, called Cloud TPU. These new TPUs will be accessible to anyone to use for running and training artificial neural networks through Google's cloud computing platform.

Much of Google's research on AI is conducted by DeepMind, a company under its Alphabet group. But with all the advances being made in the discipline, Google still needs a platform to put resources together, including research, tools, and applied AI. Google.ai is precisely that, a way to democratize its AI research.

Image recognition is one of the first beneficiaries of machine learning development. There isn't a shortage of algorithms designed to perform visual recognition tasks. Now, Google wants to take this to a whole new level by bringing its search engine expertise to your camera.

Pichai introduced Google Lens, which is essentially a way to search the internet using your smartphone's camera. You take a picture and Lens tells you what it is. "[I]t's a set of vision-based computing capabilities that can understand what you're looking at," Pichai explained, "and help you take action based on that information."

It'll be available initially as part of Google Photos — to scrape through your old photos for a bunch of data — and Google Assistant, which will serve as your primary way to interact with Lens.

Google Home Gets an Upgrade

As the future of smart home devices begin to take shape — thanks in large part to devices like the Amazon Echo — Google doesn't want to get left behind. So, it launched its second iteration of Google Home —  no longer just a little smart speaker that can play music. Now, it also offers proactive assistance, hands-free calling, and visual responses, among other features.

A Search Engine for Jobs

Further specializing its search engine prowess, Google is bringing its power people in the U.S. looking for jobs that will suit them, and helping employers find the employees they need. “46% of U.S. employers say they face talent shortages and have issues filling open job positions,” Pichai explained. “While job seekers may be looking for openings right next door – there’s a big disconnect here. […] We want to better connect employers and job seekers through a new initiative, Google for Jobs.”

Read This Next
I Have a Dream of Mass Layoffs
ChatGPT Shamelessly Writes Letter Announcing Layoffs While Promoting Execs and Quoting MLK
Bot My Fault
News Site Admits AI Journalist Plagiarized and Made Stuff Up, Announces Plans to Continue Publishing Its Work Anyway
Botulism Toxin
CNET's AI Journalist Appears to Have Committed Extensive Plagiarism
Pause Patrol
CNET and Bankrate Say They're Pausing AI-Generated Articles Until Negative Headlines Stop
New AI just dropped.
Dark Horse AI Gets Passing Grade in Law Exam
More on Artificial Intelligence
Series of Un4Chan...
5:46 PM on futurism
Startup Shocked When 4Chan Immediately Abuses Its Voice-Cloning AI
Called Out
4:19 PM on futurism
Twitch Streamer Tearfully Apologizes for Looking at Deepfaked Porn
Music for Robots ...
2:57 PM on the byte
Google's Powerful New AI Can Turn Text Into Music
READ MORE STORIES ABOUT / Artificial Intelligence
Keep up.
Subscribe to our daily newsletter to keep in touch with the subjects shaping our future.
+Social+Newsletter
TopicsAbout UsContact Us
Copyright ©, Camden Media Inc All Rights Reserved. See our User Agreement, Privacy Policy and Data Use Policy. The material on this site may not be reproduced, distributed, transmitted, cached or otherwise used, except with prior written permission of Futurism. Articles may contain affiliate links which enable us to share in the revenue of any purchases made.
Fonts by Typekit and Monotype.