The company is actually listening for once. 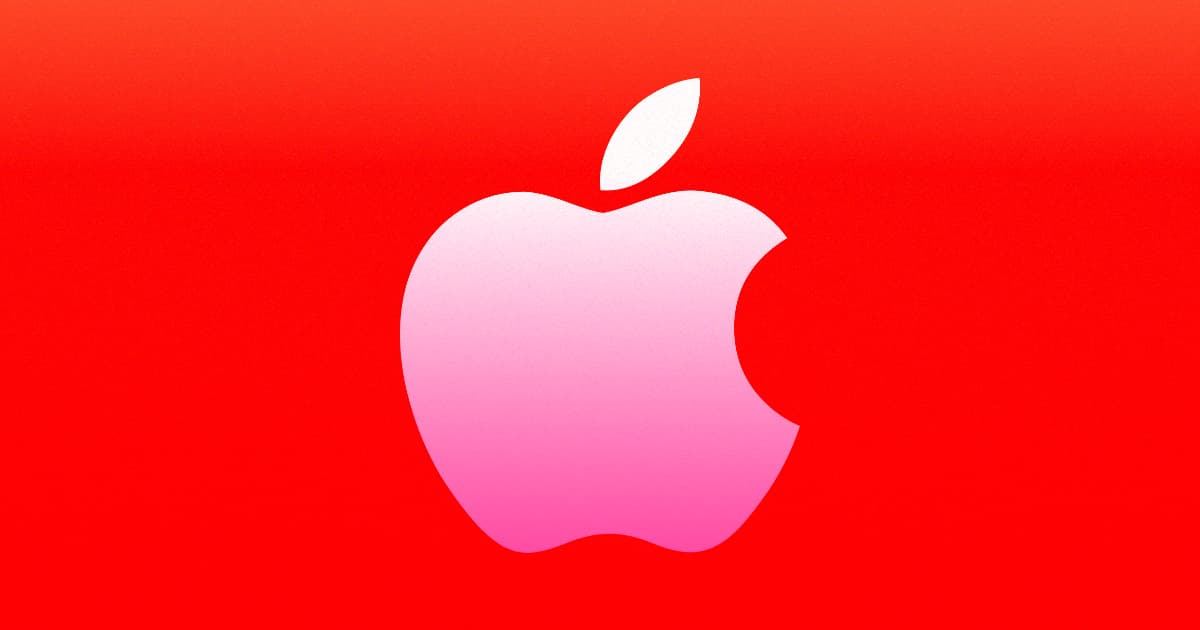 Apple has announced that it's officially delaying the rollout of its controversial plans to scan iPhones for child sexual abuse material (CSAM), The Verge reports.

"Last month we announced plans for features intended to help protect children from predators who use communication tools to recruit and exploit them, and limit the spread of Child Sexual Abuse Material," Apple wrote in a statement.

It's a notable — and rare — moment of self-reflection. Apple is listening to its critics.

"Based on feedback from customers, advocacy groups, researchers and others, we have decided to take additional time over the coming months to collect input and make improvements before releasing these critically important child safety features," the statement continues.

Last month, Apple announced that it planned to scan all data uploaded to its iCloud Photos service and compare hashes, which are unreadable digital representations of each image, to an existing database of CSAM. If it detected positive matches, the company would report them to the National Center for Missing and Exploited Children (NCMEC).

Apple's announcement also included a new feature that would alert parents if their child were to ever receive or send sexually explicit photos and automatically blur them.

The announcement raised flags among many online privacy advocates, with many arguing that the move could set a troubling precedent for Apple scanning for other material in the future.

That would be an especially ominous development in countries where the government holds a tighter grip over what is being shared online, like India and China.

The Electronic Frontier Foundation argued in a statement at the time that "it’s impossible to build a client-side scanning system that can only be used for sexually explicit images sent or received by children. As a consequence, even a well-intentioned effort to build such a system will break key promises of the messenger’s encryption itself and open the door to broader abuses."

For now, Apple is putting its plans to scan iPhones for CSAM on ice. It's unclear what the tech giant's future child safety features will end up looking like — but whatever they are, they'll likely face similar scrutiny by privacy advocates.

More on Apple's announcement: Apple Will Scan Every iPhone for Images of Child Sexual Abuse

Read This Next
Futurism
Senator Says There's a Secret Program Spying on Americans' Money Transfers
Apple Stalker
Man Caught Planting Apple AirTag on Ex Girlfriend's Car to Stalk Her
Tim Apple
Apple CEO Menaced by Armed Stalker Who Thinks She's His Wife
Feds Watchin
The Head of the CIA Says It's Been Doing Mysterious Cryptocurrency Work
Slippery Slope
Apple Will Scan Every iPhone for Images of Child Sexual Abuse
More on Future Society
Down in Flames
Wednesday on the byte
Elon Musk Apparently Thinks Twitter Is a "Flaming Dumpster Rolling Down the Street"
All Tomorrow's Pa...
Wednesday on the byte
Party Startup Says It Has Zero Plans to Make Any Money With Investors' Funds
Primate Theft
Tuesday on the byte
It Was a Very Bad Weekend for Monkeys Being Stolen From Zoos, Apparently
READ MORE STORIES ABOUT / Future Society
Keep up.
Subscribe to our daily newsletter to keep in touch with the subjects shaping our future.
+Social+Newsletter
TopicsAbout UsContact Us
Copyright ©, Camden Media Inc All Rights Reserved. See our User Agreement, Privacy Policy and Data Use Policy. The material on this site may not be reproduced, distributed, transmitted, cached or otherwise used, except with prior written permission of Futurism. Articles may contain affiliate links which enable us to share in the revenue of any purchases made.
Fonts by Typekit and Monotype.