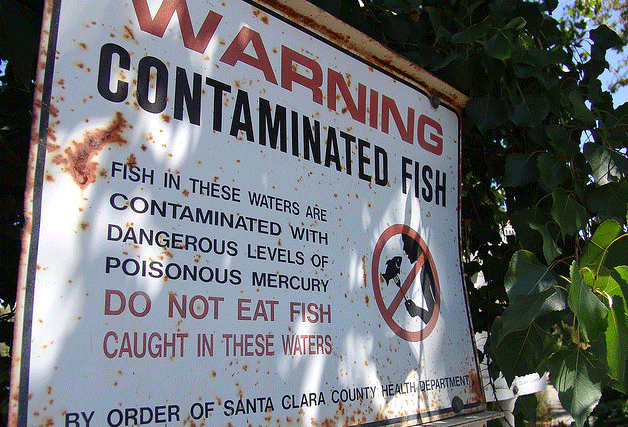 Most of us know algae as that unwelcome visitor in an otherwise pristine aquarium. But some members of this mysterious group of mostly aquatic organisms have a hero’s role to play in clearing the world’s waters of toxic heavy metals.

Heavy metals are a group of elements that have a high atomic weight and a density at least five times greater than water. This group includes cadmium, lead, arsenic, silver, copper, mercury, thallium, antimony and chromium. Although small amounts of some heavy metals (such as copper, zinc and selenium) are essential for human health, in large amounts, or accumulated over time, they can be deadly.

Heavy metal toxicity can cause cancer, organ damage, and death.

They can enter our bodies through a variety of everyday sources, such as pesticides, contaminated foods, and even cigarette smoke. But one of the leading sources of toxic heavy metals is water.

These metals are normally found in soil throughout the world. They end up in water naturally as a result of flooding or soil erosion. But thanks to human activity, such as industrial dumping and wastewater accumulation, much larger amounts are entering our water.

So researchers have been searching for an economical and safe way to clear water of these toxic metals – and algae just may fill the bill.

Algae is rather diverse and versatile. Estimates of the number of algae species range from 30,000 to well over a million – more are still being discovered around the globe. Though most members of the algae family are aquatic, some are terrestrial. They’re largely plantlike, with the ability to produce chlorophyll and generate their own food through photosynthesis, but they have no roots, stems, or leaves. Some are even animal-like in their ability to move, while others share characteristics with bacteria. Many forms of algae are microscopic but others, like certain forms of kelp, can reach a length of 50 feet.

Algae tends to proliferate quickly, leading to massive “blooms” that can threaten fish and other organisms. Most species are tough, thriving in harsh environments and surviving efforts to eradicate them. Those characteristics make algae an ideal candidate for clearing toxins from water.

Recent research on algae’s water clearing properties has focused largely on chlorella, a species of green algae, and some types of brown and blue green algae. Heavy metals bind to algae cell walls, so researchers dried and pulverized samples of chlorella and other algaes and placed them in wastewater samples containing several types of heavy metals.

The result? Algae can clear more than 90 percent of metal content overall – and as much as 98 percent of individual metals, such as cadmium and lead. What’s more, one application of algae can clear multiple rounds of toxin-rich water.

The Future: Algae Farms and New Strains
These discoveries are opening doors to plans for large-scale algae farms and the intensive development of algae strains with the greatest potential for absorbing heavy metals. Algae “screens” could be placed in areas of high industrial runoff or in wastewater processing plants. What’s more, research suggests that the heavy metals captured in the process might be reclaimed for other uses too.

Algae alone can’t solve the problem of large-scale industrial pollution. But this humble aquarium pest’s “superpower” holds promise as a natural, safe and economical tool for cleaning up the world’s toxic waters.

Read This Next
Sun Shield
Scientists Increasingly Calling to Dim the Sun
Meteor Madness
NASA Fires Back at Claim Meteor Destroyed House and Killed Dog
Reduce, Reuse, Landfill
A Shocking Amount of US "Recycling" Goes Straight to the Landfill
Lil Dudes
Something Cool Is Happening to the Frogs at Chernobyl
Soggy Earth
Scientists Find Evidence of "Ocean" Hundreds of Miles Below Earth's Surface
More on Earth & Energy
Going Hydrogen
Friday on the byte
Airbus to Strap Hydrogen Fuel Cell Engine to Massive Superjumbo Jet
Wolfenstein
Thursday on the byte
A Brain Parasite Is Making Wolves Into Pack Leaders, Scientists Say
LED Down the Wron...
Thursday on the byte
Defective LED Streetlights Are Turning the Night Purple
READ MORE STORIES ABOUT / Earth & Energy
Keep up.
Subscribe to our daily newsletter to keep in touch with the subjects shaping our future.
+Social+Newsletter
TopicsAbout UsContact Us
Copyright ©, Camden Media Inc All Rights Reserved. See our User Agreement, Privacy Policy and Data Use Policy. The material on this site may not be reproduced, distributed, transmitted, cached or otherwise used, except with prior written permission of Futurism. Articles may contain affiliate links which enable us to share in the revenue of any purchases made.
Fonts by Typekit and Monotype.