Adventures in Satspotting: Why Are Different Orbits Needed for Satellites? 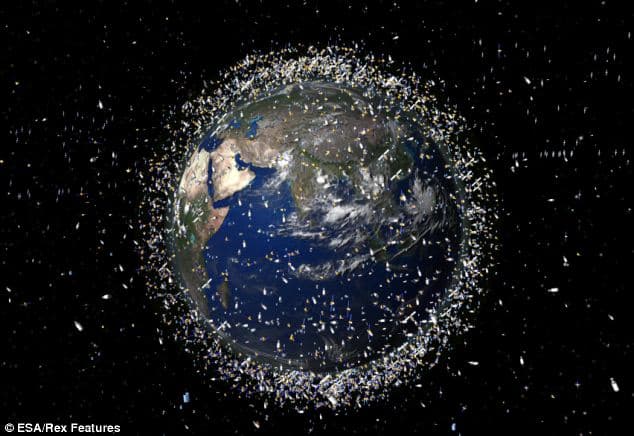 Congratulations: perhaps you’re a new space-faring nation, looking to place a shiny new payload around the planet Earth. You’ve assembled the technical know-how, and seek to break the surly bonds and join an exclusive club that thus far, only contains 14 nations capable of indigenous spaceflight. Now for the big question: which orbit should you choose?

Welcome to the wonderful world of orbital mechanics. Sure, satellites in orbit have to follow Newton’s laws of motion, as they perpetually ‘fall’ around the Earth without hitting it. But it’ll cost you in fuel expended and technical complexity to achieve different types of orbits. Different types of orbits can, however, be used to accomplish different goals.

The first artificial moon to be placed in low-Earth orbit was Sputnik 1 launched on October 4th, 1957. But even before the dawn of the Space Age, visionaries such as futurist and science fiction author Arthur C. Clarke realized the value of placing a satellite in a geosynchronous orbit about 35,786 kilometres above the Earth’s surface. Placing a satellite in such an orbit keeps it in ‘lockstep’ with the Earth rotating below it once every twenty four hours.

Here are some of the more common orbits targeted by modern satellites and their uses:

Low-Earth Orbit (LEO): Placing a satellite 700 km above the surface of the Earth moving 27,500 km per hour will cause it to orbit the Earth once every 90 minutes. The International Space Station is in just such an orbit. Satellites in LEO are also subject to atmospheric drag, and must be boosted periodically.  Launching from the equator of the Earth gives you an initial free maximum 1,670 km/per hour boost into orbit eastward. Incidentally, the high 52 degree inclination orbit of the ISS is a compromise that assures that it is reachable from various launch sites worldwide.

Low Earth orbit is also becoming crowded with space junk, and incidents such as the successful 2007 anti-satellite missile test by China, and the 2009 collision of Iridium 33 and the defunct Kosmos-2251 satellite both showered low Earth orbit with thousands of extra pieces of debris and didn’t help the situation much. There have been calls to make reentry technology standard on future satellites, and this will become paramount with the advent of flocks of nano and CubeSats in LEO.

Sun-Synchronous Orbit: This is a highly inclined retrograde orbit that assures that the illumination angle of the Earth below is consistent on multiple passes. Though it takes a fair amount of energy to reach a Sun-synchronous orbit—plus a complex deployment maneuver known as a ‘dog leg’—this type of orbit is desirable for Earth observing missions. It’s also a favorite for spy satellites, and you’ll notice that many nations aiming to put up their first satellites will use the stated goal of ‘Earth observation’ to field spy satellites of their own.

Molyina orbit: A highly inclined elliptical orbit designed by the Russians, a Molyina orbit takes 12 hours to complete, placing the satellite over one hemisphere for 2/3rds of its orbit and returning it back over the same geographical point once every 24 hours.

Geosynchronous orbit: The aforementioned point 35,786 km above the Earth’s surface where a satellite stays fixed over a particular longitude.

Geostationary orbit:  Place a GEO satellite in orbit with a zero degree orbit, and it is considered Geostationary. Also sometimes referred to as a Clarke orbit, this location is extremely stable, and satellites placed there may remain in orbit for millions of years.

In  2012, the EchoStar XVI satellite was launched headed to GEO with the time capsule disk The Last Pictures for just that reason. It is quite possible that millions of years from now, GEO sats might be the primary artifacts remaining from the early 20th/21st century civilization.

Lagrange point orbits: 18th century mathematician Joseph-Louis Lagrange made the observation that several stable points exist in any three body system. Dubbed Lagrange points, these locales serve as great stable positions to place observatories. The Solar Heliospheric Observatory (SOHO) sits at the L1 point to afford it a continuous view of the Sun; the James Webb Space Telescope is bound in 2018 for the L2 point beyond the Moon. To stay on station near a LaGrange point, a satellite must enter a Lissajous or Halo orbit around the imaginary Lagrange point in space.

All of these orbits have pros and cons.  For example, atmospheric drag isn’t an issue in geosynchronous orbit, though it takes several boosts and transfer orbit maneuvers to attain. And as with any plan, complexity also adds more chances for things to fail, stranding a satellite in the wrong orbit. Russia’s Phobos-Grunt mission suffered just such a fate after launch in 2011 when its Fregat upper stage failed to operate properly, stranding the interplanetary spacecraft in Earth orbit. Phobos-Grunt crashed back to Earth over the Southern Pacific on January 15th, 2012.

Space is a tough business, and it’s imperative to place things in the right orbit! Looking to hunt for satellites from your backyard? A great online resource to start with in Heavens-Above.