350 Miles: New Electric Bus Can Travel A Whole Day On A Single Charge

Taking the bus is getting a little greener 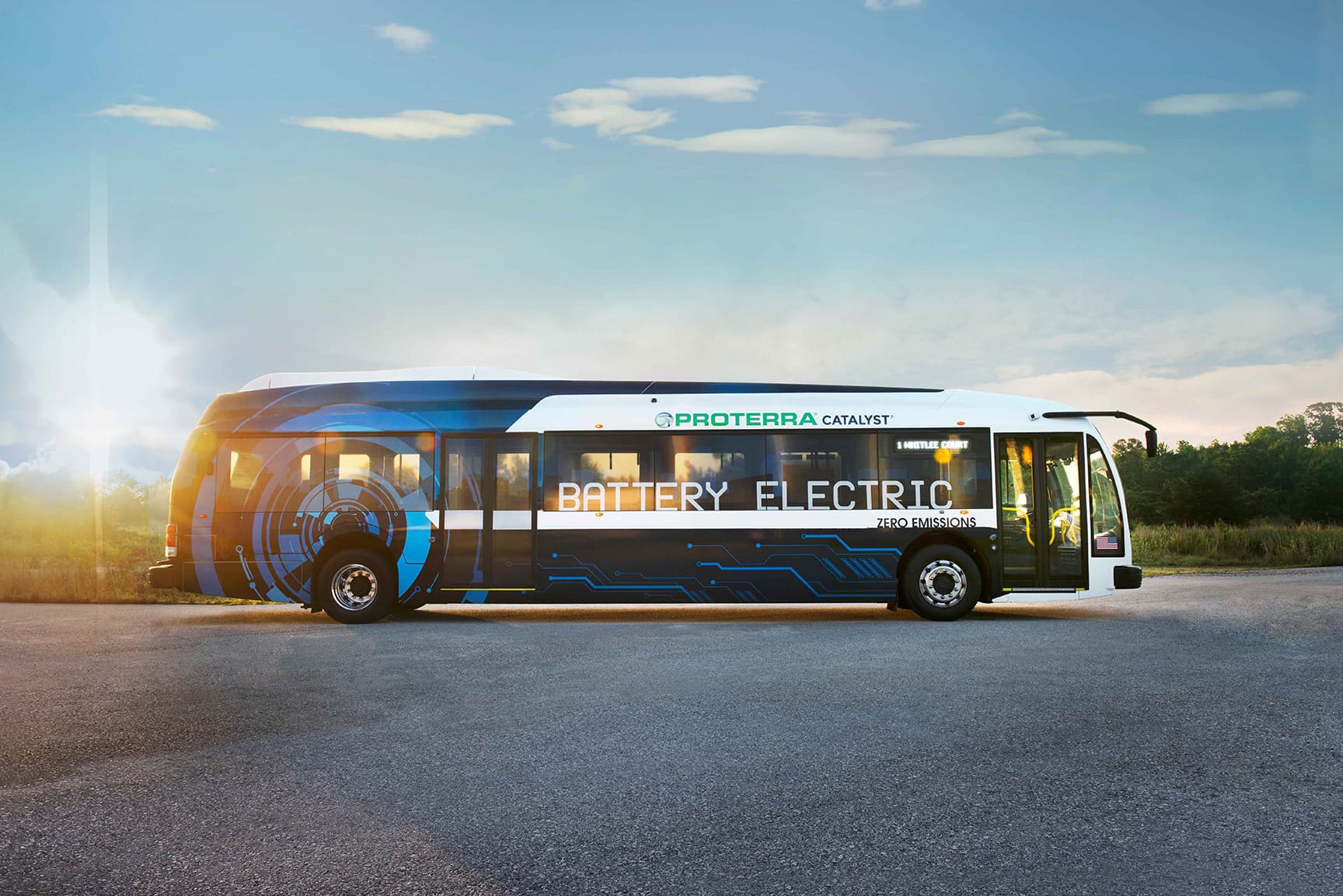 Public transportation could get a lot more environmentally friendly in the near future, thanks to a new electric bus that can travel approximately 560 km (350 miles) on a single charge.

North American manufacturer Proterra revealed its Catalyst E2 Series at the American Public Transit Association (APTA) Annual Meeting yesterday. The vehicle can store up to 660 kWh in what Proterra VP of Sales Matt Horton described to Wired as a "twin mattress-sized" battery pack.

According to a Proterra press release, that is enough to serve the daily mileage needs of almost every mass transit route in the U.S. on a single charge.

According to the APTA, just under 50 percent of U.S. public transit buses already use alternative fuel sources or hybrid technology, and with the Catalyst E2 Series expected to hit the streets in 2017, that percentage should continue to increase.

Those buses only account for 4 percent of U.S. greenhouse gas emissions, though, so perhaps even more important than getting more electric buses on the road is the potential to apply their battery technology to more significant sources of pollution, such as garbage trucks and semis, two targets of Tesla CEO Elon Musk's Master Plan, Part Deux.

Read This Next
Remember Donald?
Donald Trump Goes on Bizarre Rant Against Electric Cars
Dry Dock
The Top 13 Wildest Objects That Terrible Droughts Have Revealed
Harambe 2.0
Freya the Boat-Climbing Walrus Euthanized Because of Stupid Humans
Bad Spill
Scientist Warns That a Huge Tanker Is Probably Going to Spill a Million Barrels of Oil Into the Ocean
Watery Graves
The Ocean Is Losing Oxygen. This Scientist Says More "Dead Zones" Will Soon Follow.
More on Earth & Energy
Rock Battery
Yesterday on the byte
Researchers Successfully Turn Abandoned Oil Well Into Giant Geothermal Battery
Do The Worm
Friday on the byte
Scientists Name "Funky Worm" Amphibian After a Weird 70s Funk Song
Cow Chow
Thursday on the byte
Bill Gates Gives $12 Million to Flatulent Australian Cows
READ MORE STORIES ABOUT / Earth & Energy
Keep up.
Subscribe to our daily newsletter to keep in touch with the subjects shaping our future.
+Social+Newsletter
TopicsAbout UsContact Us
Copyright ©, Camden Media Inc All Rights Reserved. See our User Agreement, Privacy Policy and Data Use Policy. The material on this site may not be reproduced, distributed, transmitted, cached or otherwise used, except with prior written permission of Futurism. Articles may contain affiliate links which enable us to share in the revenue of any purchases made.
Fonts by Typekit and Monotype.