This could be trouble for future Mars missions. 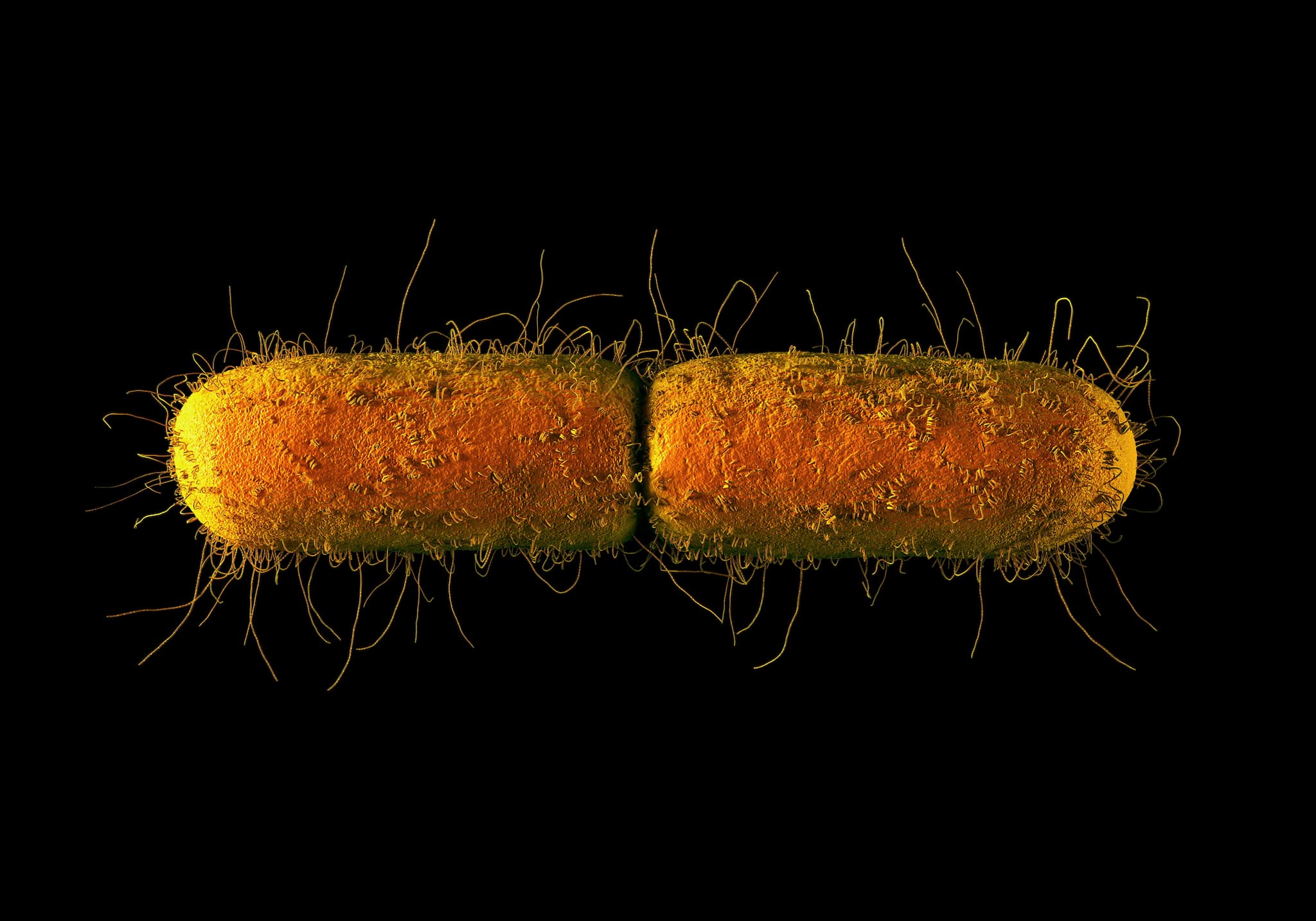 A new study might have bad news for future space travelers. Madhan Tirumalai, Post Doctoral Fellow at the University of Houston and part of the NASA Astrobiology Institute, has discovered that bacteria mutate and proliferate in space-like conditions. As part of the most rigorous study to date, he observed E. coli development over 1,000 generations in a rotating container designed to simulate microgravity.

He found that the bacteria developed 16 mutations, and when they were placed next to normal E. coli cells, they grew around three times as many colonies and maintained a 72 percent adaptive advantage. Further, their adaptations remained even when researchers tried to erase them.

Some of the changes were slightly worrying: mutations affected the genes related to biofilm production, which often makes cells more robust and virulent. However, not every mutation necessitates a negative change. In fact, as Tirumalai wrote, the E. coli was still susceptible to antibiotics. Essentially, even if microgravity turns bacteria into superbugs, we can still rely on antibiotics.

This could be worrying news for future space-travelers. E. coli is a relatively benign bacteria, but other nastier bugs and diseases could jeopardize entire missions — costing precious life and money — if they mutate in a violent or untreatable way. The potential consequences become more worrying when we consider that a 2013 study found that in space human immune "cells are not able to respond to a pathogen anymore," which "means that it will be easier [for astronauts] to get sick because their immune system is weakening.”

Tirumalai explains, “We need more of this kind of experiment, especially with human space flight gaining more traction in recent years." News concerning more people going to space as part of the commercial spaceflight revolution is exciting. However, practical considerations – such as how microgravity impacts bacteria and our bodies, as well as the potential consequences of isolation on our mental health– must be dealt with before we embark, particularly when it comes to long flights such as the plan to go to Mars.

Read This Next
Fighting Words
Retired NASA Astronaut Scott Kelly Dishes on Ukraine, Russia, and Moon Mission
Monkey Business
China Plans to Send Monkeys to Space Station to Have Sex With Each Other
Overview Effect
William Shatner Says His Space Trip Left Him With a Feeling of Terrible Grief
Astronaut Drip
We Just Got the First Peek at NASA's Artemis Moon Landing Suits
Blast Off
Former Astronaut Details Quest to Grow Cannabinoids in Space
More on Off World
TTFN
Yesterday on the byte
Skkrt! NASA's Orion Heads Back to Earth, Leaves Moon in the Dust
Icy Comet Eruption
Yesterday on the byte
Astronomers Spot Volcano Erupting on a Distant Comet
RUD-dy
Yesterday on the byte
SpaceX Rocket Engine Explodes In a Green Blast
READ MORE STORIES ABOUT / Off World
Keep up.
Subscribe to our daily newsletter to keep in touch with the subjects shaping our future.
+Social+Newsletter
TopicsAbout UsContact Us
Copyright ©, Camden Media Inc All Rights Reserved. See our User Agreement, Privacy Policy and Data Use Policy. The material on this site may not be reproduced, distributed, transmitted, cached or otherwise used, except with prior written permission of Futurism. Articles may contain affiliate links which enable us to share in the revenue of any purchases made.
Fonts by Typekit and Monotype.