Take a 3D Ride Through the Veil Nebula 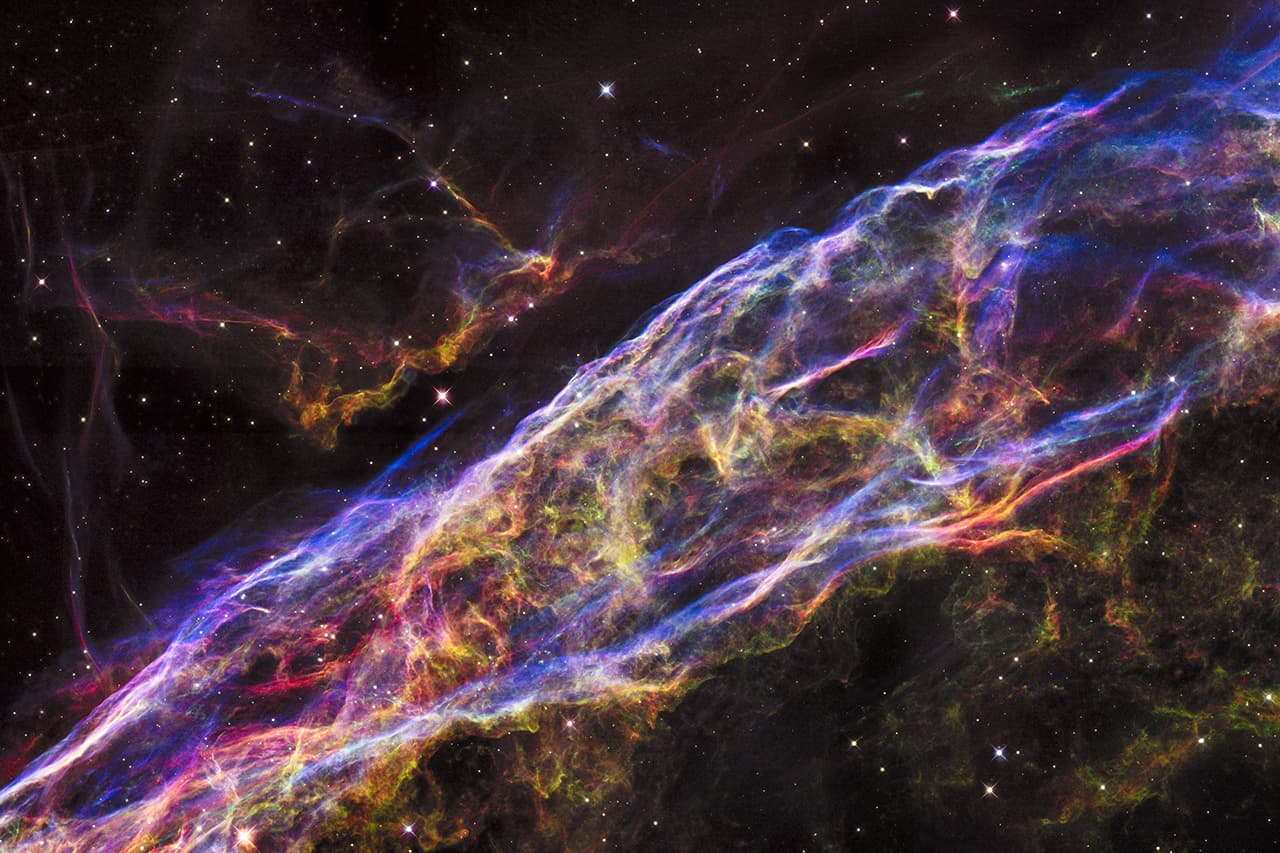 Vibrantly-colored gaseous ribbons ripple across the backdrop of space, making up the Veil Nebula. The expanding remains of a massive star that exploded about 8,000 years ago lie in the constellation Cygnus. Sound like something you'd like to see? Thanks to this video from NASA, you can explore it for yourself.

The 3D visualization flies across just a small portion of the nebula, as photographed by the Hubble Space Telescope. The nebula, in its entirety, is 110 light years wide. Think six full moons as seen from Earth.

The illustrative rendering shows that the giant bubble of gas has a thin, wispy, rippled surface, and is composed of different chemical elements. Sulfur, Hydrogen, and Oxygen are shown in red, green, and blue respectively. Oxygen outlining the cavity wall appears smooth and arched, while the green and red structures are more fluffy.

While the video might make the nebula seem like a calming place to spend the afternoon, this couldn't be farther from reality. The few crisp-looking red filaments arise after gas is swept up into the shock wave at nearly 1 million miles per hour. The blast wave from the ancient explosion is still plowing into a wall of cool, denser interstellar gas. The bright regions are where the shock wave is running into more dense material.

This is all that remains of a star that was once 20 times more massive than our sun. Out of the death of this star, though, comes the possibility of future life. Supernovae enrich space with elements used in the formation of future stars and planets.

The Hubble last took images of the nebula in 1997. In addition to giving us a personal tour, these new images will allow scientists to study how the nebula has expanded since it was photographed over 18 years ago.

For more information on the Veil Nebula, check out this Hubble Hangout with the Hubble Heritage Team scientists.