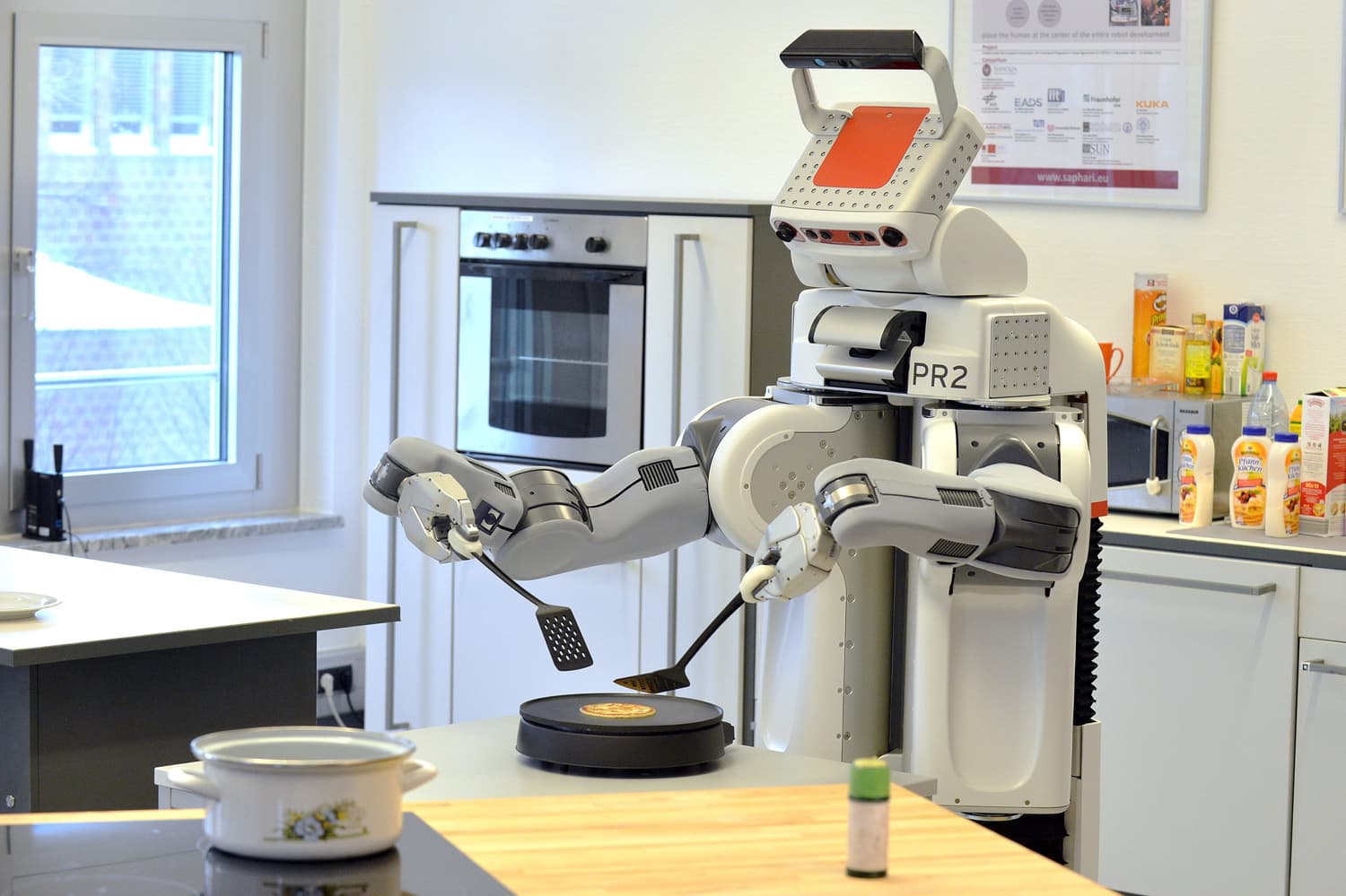 Cornell researchers are using instructional videos off the Internet to teach robots the step-by-step instructions required to perform certain tasks. This ability may become necessary in a future where menial laborer robots – the ones responsible for mundane tasks such as cooking, cleaning, and other household chores – can readily carry out such tasks.

Robots such as these will definitely be beneficial in assisting the elderly and the disabled, though it remains to be seen when (and if) they will truly become available for use. Hopefully, these early tests will help us make such determinations.

The project is being called "RoboWatch" by the researchers. It is made possible by the common underlying structure found in most how-to videos as well as by the dearth of material available. There are hundreds of thousands of YouTube videos regarding several  basic topics, such as instructions on how to make an omelette.

After viewing numerous videos for a certain task, the robot can take note of what it found common in all and create the necessary instructions based on that.

Making Sense of the Information

A key feature of their system is that it is "unsupervised," said Ozan Sener, graduate student and lead author of a paper on the video parsing method. Previously, a human needed to explain to the robot what the robot is observing – for example, to recognize objects a robot is shown pictures of the objects while a human identifies them by name.

Soon, a robot will be able to do that all on its own by looking up instructions itself.

When a robot must do a new task, its computerized brain will first search YouTube to find relevant videos on the subject. It has an algorithm that attempts to ignore videos that are not instructional and therefore pose no use for the robot. The computer then scans the videos thoroughly, looking for patterns while reading the subtitles for oft-used terms. It combines all these into a single sequence to produce instructions it can follow.

In similar projects, robots are being taught to receive verbal instructions from humans. In the future, it is hoped that information from other sources, such as Wikipedia, will also be accessible.

The knowledge acquired from the YouTube videos can be reached via RoboBrain, an online knowledge database accessible to robots anywhere for help on their jobs. The video below shows what was discovered.

Read This Next
White Voice
Cursed Startup Using AI to Remove Call Center Workers' Accents
My Picasso
OpenAI Says It's Fine to Sell Images Made With DALL-E 2
Craiyon Dreams
The Creator of That Viral Image Generating AI Loves All Your Weird Creations
What's Happening?
Google Insider Says Company's AI Could "Escape Control" and "Do Bad Things"
Better Call HAL
Google Engineer Says Lawyer Hired by "Sentient" AI Has Been "Scared Off" the Case
More on Artificial Intelligence
Common Sensical
Yesterday on futurism
Top Facebook Scientist Quietly Plotting "Autonomous" AIs
Fight!
Yesterday on the byte
AI Makes 1993 Video Game Look Photorealistic
Ghost Eating a Ha...
Oct 2 on the byte
Google Creates AI That Turns Text Into 3D Objects
READ MORE STORIES ABOUT / Artificial Intelligence
Keep up.
Subscribe to our daily newsletter to keep in touch with the subjects shaping our future.
+Social+Newsletter
TopicsAbout UsContact Us
Copyright ©, Camden Media Inc All Rights Reserved. See our User Agreement, Privacy Policy and Data Use Policy. The material on this site may not be reproduced, distributed, transmitted, cached or otherwise used, except with prior written permission of Futurism. Articles may contain affiliate links which enable us to share in the revenue of any purchases made.
Fonts by Typekit and Monotype.