Star Cruisers: Gaze at the Heavens While Out at Sea 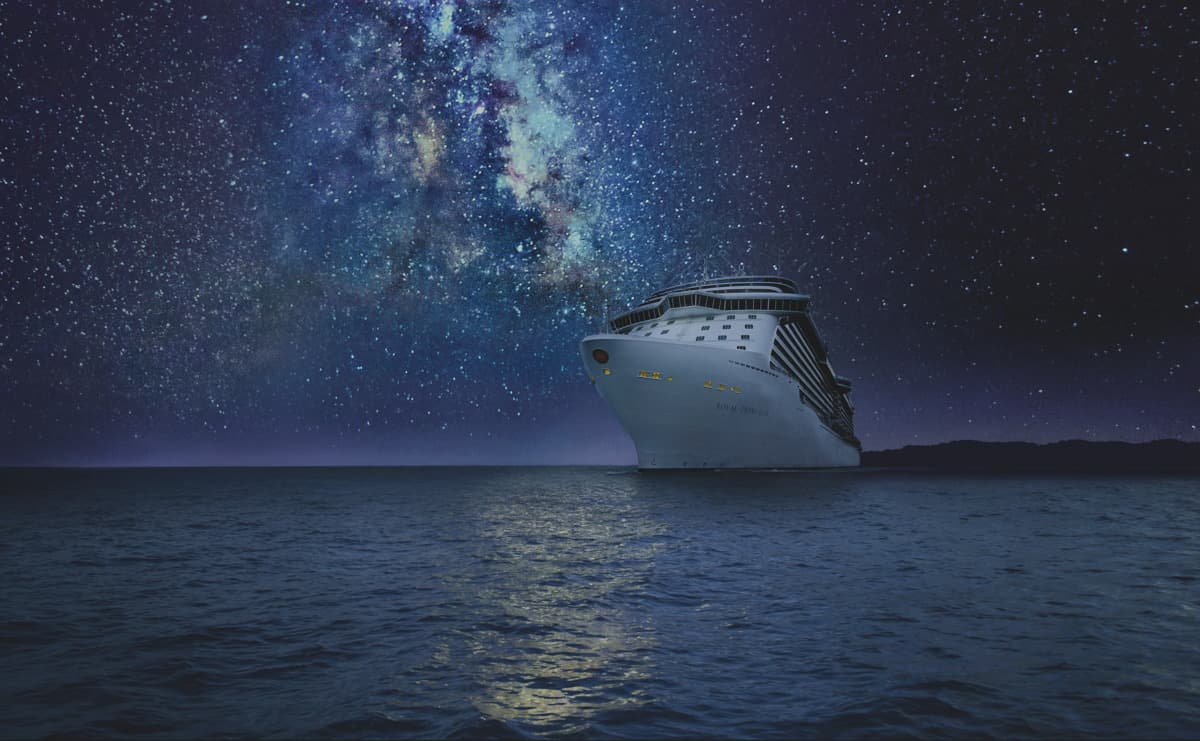 Princes Cruises and Discovery Channel have partnered up for a line of science-themed cruises called "Discovery at Sea." A unique feature of these cruises will be the opportunity to view the night sky from a location far away from city lights. Such an experience is usually reserved for those willing to trek long distances away from civilization, but stargazing on a cruise ship has the added luxury of being in close proximity to the ship’s accommodations.

The stargazing sessions occur on "sea nights" when the ship is on the open sea. An onboard "Stargazing Specialist" points out constellations and cosmic phenomena, and answers questions.

Astrophysicist Hakeem Oluseyi, an associate professor of physics at the Florida Institute of Technology and a visiting professor of physics at the Massachusetts Institute of Technology as well as host of Science Channel's "Outrageous Acts of Science" TV show, contributed much to the program. He helped develop the "tour of the sky" that is presented to passengers. He also recorded video talks on various astrophysics topics that passengers can view in their rooms.

Oluseyi explained to Space.com that a cruise ship allowed passengers to see parts of the sky or cosmic features that might not be visible from the city, such as aurorae. "The other thing you can get from a cruise is access to both hemispheres," Oluseyi said. "The night sky is amazing no matter where you are in the world, but what's really cool is that it changes from place to place."

Another example would be the band of the Milky Way, which in the Southern Hemisphere is straight overhead, but in the Northern hemisphere it is slightly off to the side. Cruise ship passengers can thus view star clusters and nebula that they normally wouldn’t be able to see.

Stargazing nights are available on all Discovery at Sea cruises.