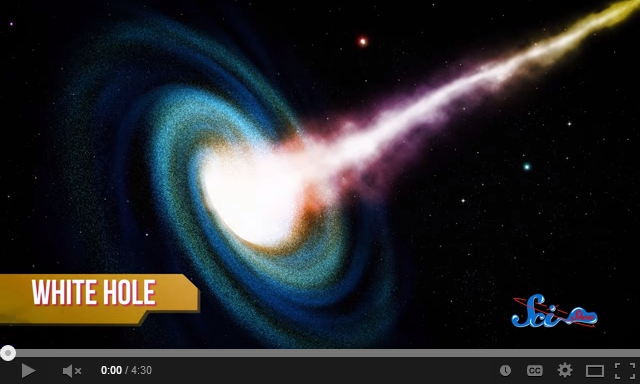 White holes, to be clear, are entirely theoretical and, as of this moment,  haven't been proven to exist. With that in mind, theoretical models say that that a white hole cannot be entered from the outside, but light and matter have the ability to escape. This is, of course, the complete opposite of what we know black holes to be.

Due to the fact that we've never definitively seen one, their nature is highly speculative, but some has suggested that a white hole could have spawned the universe. To put it another way, tit for tat, Black Holes equal destruction or an end, while white holes, being the opposite, equal creation and new beginnings. Learn more about them with the video below: