White-Dwarfs May Aid in the Search For Life 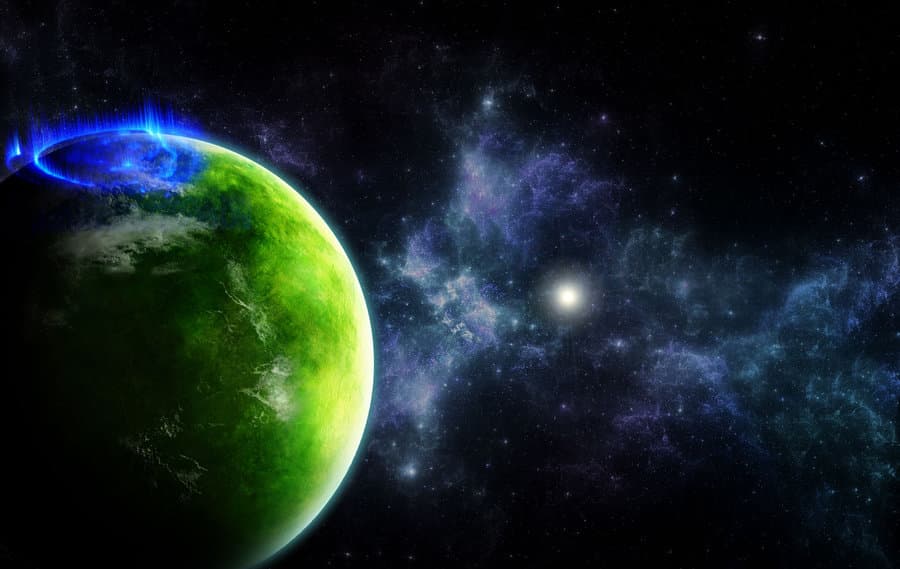 According to a new study, published recently in the Monthly Notices of the Royal Astronomical Society, studying the fiery environment of dying stars may be our best bet in discovering the first evidence of extra-terrestrial life-forms outside of our solar neighborhood.

The team, which was lead by Avi Loeb, a theorist at the Harvard-Smithsonian Center for Astrophysics (CfA), believes white-dwarfs, the hot, dense cores of defunct sun-like stars, may provide the biological signatures we attribute to carbon-based life-forms (like organic molecules, an abundance of oxygen, water vapor, etc).

After stars similar in mass to ours consume the entirety of hydrogen fused in their core, they begin burning the helium. This process causes them to bloom exponentially in size. Typically, they expand HUNDREDS of times their main-sequence diameter, before ultimately contracting into a white-dwarf -- Where the outer envelope of gases will expel into space, forming a planetary nebulae. Normally these remnants are about the size of Earth,but with significantly more mass. They will continue to radiate heat (and light) for an extended amount of time, before ultimately cooling off and becoming a whiskered husk of a star, a black-dwarf (which remains hypothetical at this point, as the universe is not old enough for any white-dwarfs to cool off this much just yet).

During this short period in the evolution of sun-like stars, any exoplanet orbiting the star from a certain distance will surely be incinerated, but some of the outer planets may survive intact, allowing the typically frozen planets (or moons, for that matter) that were once outside of the boundaries of the Goldilocks region of their parent star (which depends upon the star's size, mass, and composition) to thaw out for a few hundred million years. Even after the star transforms into a white-dwarf, an appreciable amount of energy will still radiate for quite a long time, providing sustenance for any neighboring planets.

However, another scenario is possible. Planets may be able to form from the leftover remnants of the star AFTER it evolved beyond the red-giant phase of stellar evolution (one scenario has been depicted before.). Many studies have been done trying to determine the average number of rocky planets that we could be expecting to find orbiting white-dwarfs to date, many of them suggesting that it is normal to find one or more.

When it comes to determining the abundance of heavy elements on the surface of white-dwarfs, the preferable method of discovery is the transit method, which is when a planet passes in front of its parent star relative to our vantage point, obstructing a certain amount of the light radiating from the star. In this scenario, an Earth-like planet would block out a huge fraction of the light emitted from the white-dwarf, as most are very similar in size to our planet -- making it VERY easy to discover.

The transit method is also very useful in determining the composition of a transiting exoplanet, as it utilizes the starlight streaming through the atmosphere of an exoplanet. If we view it through a spectrograph, where the light is broken down into its respective wavelengths (each of which correspond to a certain element), it reveals the delicate chemistry of any transiting planet.

As mentioned previously, certain elements are associated with life, like oxygen--an element that is continuously replenished on Earth by photosynthesis. This element is the "holy grail of exobiology," as an abundance of it could signal the presence of extra-terrestrial life-forms on a distant world.

The most abundant type of star in our universe are red-dwarfs, which are smaller, dimmer, cooler, and less massive than the sun, causing quite a few issues in the way of habitability. However, the most difficult issue facing astronomers today in the hunt for an Earth 2.0. is the amount of light obstructed by an orbiting planet, as many are smaller than our sun, but exponentially larger than white-dwarfs, thus it would take many subsequent observations to reaffirm the existence of an orbiting planet. This is why Loeb and his team think white-dwarfs, while smaller, are more suited to study in the search for terrestrial worlds due to the relative ease in detection and verifying the existence of "life-like" chemicals.

"Although the closest habitable planet might orbit a red dwarf star, the closest one we can easily prove to be life-bearing might orbit a white dwarf," said Loeb. Furthermore, Hubble's successor, NASA's James Webb Space Telescope, is scheduled to launch in 2015 - where it will continue the work the Kepler Space Telescope began in searching for habitable worlds. Until then...