We've Got a New Way to Detect and Treat Dementia 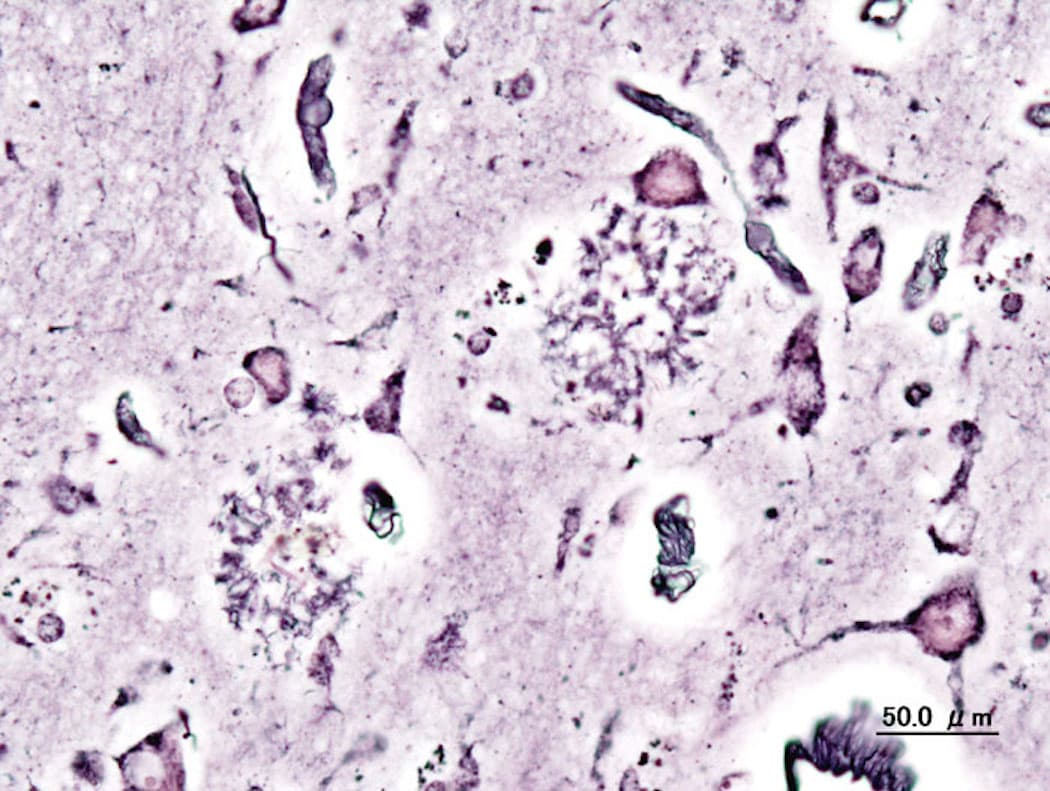 Dementia is a condition that impacts millions of individuals around the world. It leads to the loss of mental functions, causing problems with memory and basic reasoning abilities. Often, the effects are severe enough that it significantly interferes with a person's life, leading to injury and even death.

Notably, dementia is not really a disease, but a condition—a set of symptoms that can encompass a number of specific issues.

Now, a 15 year old student has given us a new way to fight back. Ha has also become a finalist for the prestigious Google Science Fair after he unveiled his work designed to detect and fight dementia in its early stages.

Krtin Nithiyanandam’s antibody can cross the blood-brain barrier, attach itself to toxic proteins in the brain, and potentially prevent it from developing further.

It's not a final solution. It's not a cure. Undeniably, we still have work to do, but this could be a way to stop the condition from progressing. And that is amazing.

The young scientist from Surrey, England’s test is capable of detecting dementia years before any of its known symptoms occur.

“I chose Alzheimer’s disease because I am fascinated by neuroscience and the workings of the brain. Alzheimer’s kills more people each year than breast and prostate cancer combined and Alzheimer’s is also considered to be one of the greatest medical challenges of the 21st century,” Nithiyanandam explained  in the release when he was asked why he chose to focus on this subject.

For his test, Krtin uses the same concept as a “trojan horse”—where the antibody attached to fluorescent particles enter the brain and attach itself to toxic proteins bear typical characteristics of Alzheimer’s and dementia. These particles show up on basic brain scans versus current methods of detection where one can only make a diagnosis through intensive cognitive tests or postmortem.

Nithiyanandam continues by outlining why this is so significant: "The main benefits of my test are that it could be used to diagnose Alzheimer’s disease before symptoms start to show by focusing on pathophysiological changes, some of which can occur a decade before symptoms are prevalent,” he adds.

Early diagnosis through this new method can help those suffering with the disease, as well as family members, become better equipped to handle its effects as well as ensure that a proper medical plan to treat it is in place. This also paves the way for a non-invasive approach for diagnosis and treatment.

Notably, if we are aware that a person is suffering from dementia or Alzheimer's, then we can take steps in order to ensure that the brain stays active and, ultimately, preserve the memory function. Indeed, one of the most significant issues is our lack of knowledge regarding who is impacted by this condition.

Often, we don't realize until the symptoms have already set in, which leaves us with little to do.

Perhaps more importantly, latest test results now show that these antibodies are also capable of arresting the proteins and stop them from progressing, implying that it has the potential to stop the progression for Alzheiemer’s.

“Some of my new preliminary research has suggested that my diagnostic probe could simultaneously have therapeutic potential as well as diagnostic.”

Read This Next
Futurism
A New Study Has Uncovered a Way to Potentially Improve Auditory Memory in Adults
Futurism
Scientists Just Discovered a New Type of Neuron
Futurism
We May Be Completely Wrong About How Our Brains Form Memories
Futurism
Humanity May Have Reached its Maximum Lifespan
Futurism
New Research Shows How "Lost" Memories Can Be Recovered
More on Hard Science
Total Drama Island
Sep 28 on the byte
Journal Retracts Study on Room Temperature Superconductors
Tell Us How You R...
Sep 27 on the byte
Former Particle Physicist Absolutely Annihilates the Field of Particle Physics
Long Live
Sep 25 on futurism
Giving Baby Mice This Drug Makes Them Live 10 Percent Longer
READ MORE STORIES ABOUT / Hard Science
Keep up.
Subscribe to our daily newsletter to keep in touch with the subjects shaping our future.
+Social+Newsletter
TopicsAbout UsContact Us
Copyright ©, Camden Media Inc All Rights Reserved. See our User Agreement, Privacy Policy and Data Use Policy. The material on this site may not be reproduced, distributed, transmitted, cached or otherwise used, except with prior written permission of Futurism. Articles may contain affiliate links which enable us to share in the revenue of any purchases made.
Fonts by Typekit and Monotype.