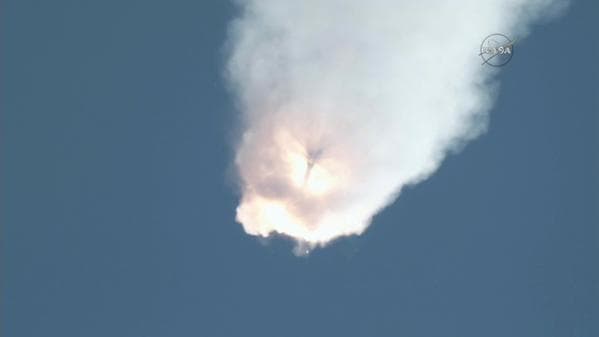 Yesterday, SpaceX suffered another catastrophe. Just a little more than 2 minutes into flight, there was a major failure with the SpaceX Falcon 9 rocket and Dragon spacecraft. Ultimately, both broke apart shortly after liftoff from the Cape Canaveral Air Force Station in Cape Canaveral, Florida.

Elon Musk’s company had loaded the Dragon capsule full of supplies for the International Space Station (ISS). It carried more than 4,000 pounds of supplies and equipment that the astronauts currently stationed on the ISS will need in order to conduct scheduled experiments.

But these experiments, and the resupply, will obviously have to wait.

Ultimately, this stands as the third resupply mission to fail in the last eight months. Most recently, Russia lost a supply craft in April of this year (2015). And last October (2014), an Antares rocket from Orbital Sciences blew up on the launch pad.

Representatives state that they aren't entirely sure what caused the most recent SpaceX failure; however, the coming weeks and months will be filled with tests that will, hopefully, let us understand exactly what occurred. At the present juncture, the most likely hypothesis is that there was an overpressurization event in the liquid oxygen tank in the second stage of the rocket.

Despite the most recent failures, there is no concern for those on the ISS. NASA states that there are enough supplies on the ISS to last several months. Moreover, there are a number of other resupply missions set to take place over the next few months. Another Progress craft (from Russia) is set to launch on July 3. A Japanese flight is set to take place in August.

In the meantime, the next Falcon 9 rocket launch that SpaceX had scheduled has been postponed, according to the National Oceanic and Atmospheric Administration. The launch was supposed to deliver NOAA's Jason-3 Earth observation satellite to orbit, and was scheduled for August 9th.

In any case, astronaut Scott Kelly, who was watching the event from the ISS, summed all of this up rather eloquently: “Space is hard.”