Trump Takes Aim at Amazon, and Shareholders Run for the Hills 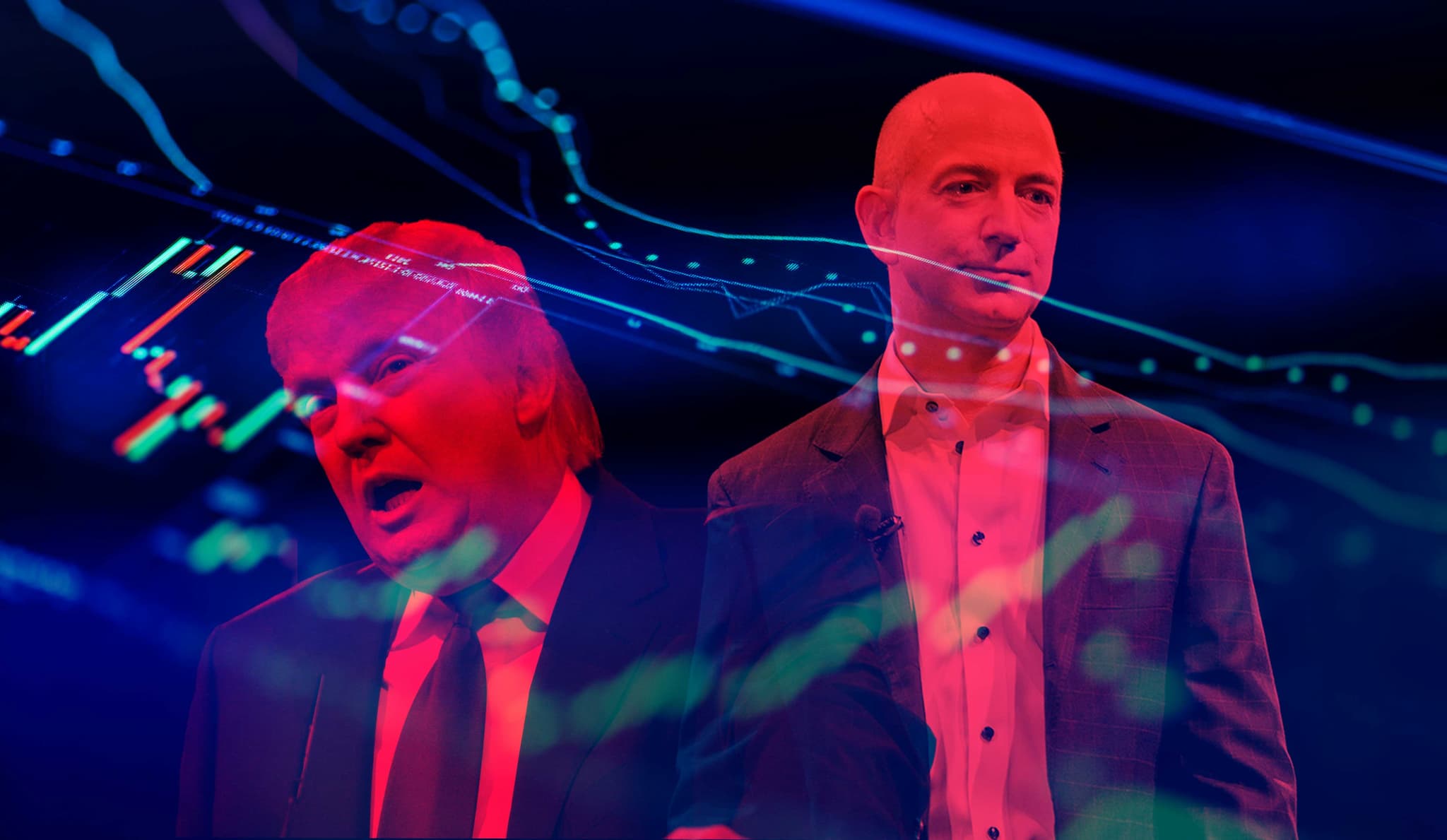 The only person in the world who isn’t furious at Facebook? President Donald Trump.

He reserves his ire for Amazon, according to a report from Axios. And the news has Amazon shareholders running scared.

According to one of the five sources Axios talked to for their report, Trump can’t stop thinking about the online retailer. “He’s obsessed with Amazon,” the source said. “Obsessed.”

One claims the POTUS has mused aloud about “[going] after Amazon with antitrust or competition law.” Another details Trump’s belief that Amazon is getting “a free ride from taxpayers.”

According to the sources, Trump is also very aware that Amazon CEO Jeff Bezos owns The Washington Post, which he views “as Bezos’ political weapon.”

Hours after Axios’s report went live, shares of Amazon stock fell as much as 7.4 percent — about $53.6 billion of Amazon’s market value, according to Reuters.

“With Facebook and regulatory worries, the last thing nervous tech investors wanted to see was news that Trump is targeting Bezos and Amazon over the coming months as this remains a lingering cloud over the stock and heightens the risk profile in the eyes of the Street,” GBH Insights analyst Daniel Ives told Reuters.

Important to note: Trump hasn’t actually done anything that could put Amazon’s future in jeopardy. This movement in the market is simply based on the news that he wants to do something.

The acts of skittish investors show that, if Trump gets his way, Amazon could be in even bigger financial trouble.

Read This Next
Company Town
Amazon Pays for High School Class About How to Be an Amazon Grunt
Deadly Delivery
Amazon Wouldn’t Let Driver Stop Deliveries as Tornado Struck
Phone It In
Amazon Under Fire for Workplace Cell Phone Ban After Deadly Warehouse Collapse
Speak English
Donald Trump Says Bitcoin Is a “Scam”
RIP
Amazon Says Sad Workers Can Shut Themselves in “Despair Closet”
More on Future Society
Mirror, Mirror
8:12 PM on the byte
Scientists Say There May Be a “Mirror World” to Our Own
Thanks Man!
Yesterday on futurism
After Sexual Allegations, Elon Musk Jets Off to Brazil
Notaverse
Yesterday on futurism
In Extremely Confusing Twist, Facebook Says It Isn’t Building a Metaverse After All
READ MORE STORIES ABOUT / Future Society
Keep up.
Subscribe to our daily newsletter to keep in touch with the subjects shaping our future.
+Social+Newsletter
TopicsAbout UsContact Us
Copyright ©, Camden Media Inc All Rights Reserved. See our User Agreement, Privacy Policy and Data Use Policy. The material on this site may not be reproduced, distributed, transmitted, cached or otherwise used, except with prior written permission of Futurism. Fonts by Typekit and Monotype.