This giant rock installation was built by a robotic arm 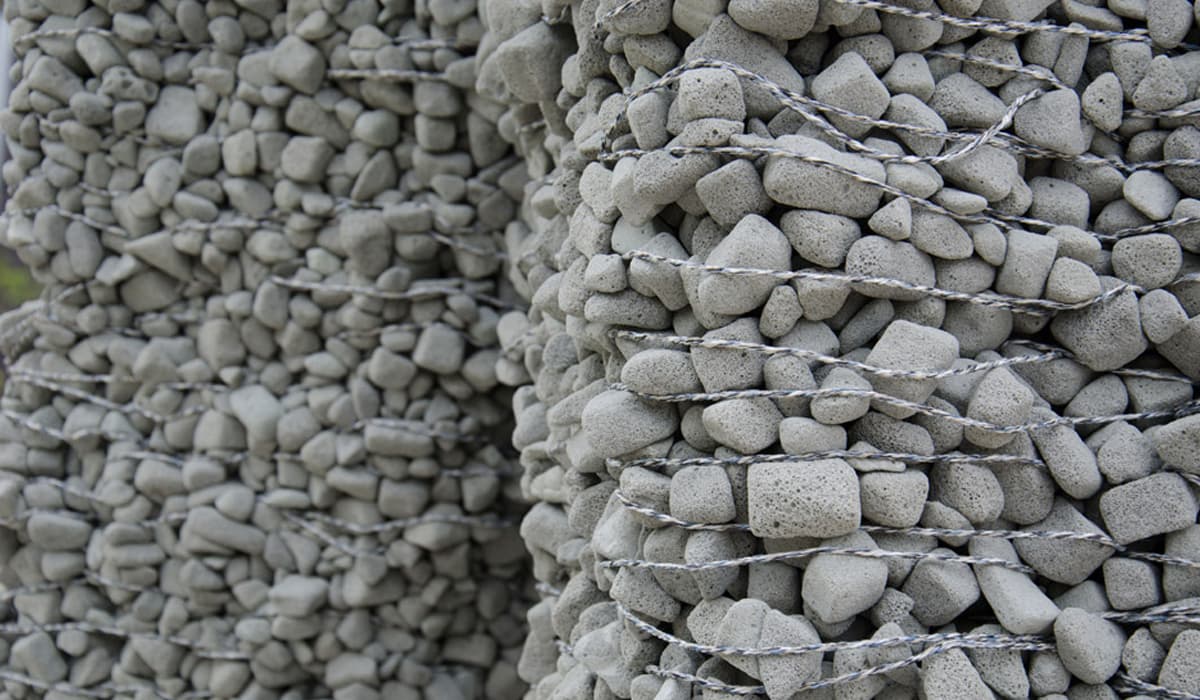 At the Chicago Architectural Biennial, there stands a four-meter-high installation composed of rocks and thread that was created by a robotic arm and stands without mortar or adhesive. Called Rock Print, the structure is a joint effort of designers from the Gramazio Kohler Research of the Swiss Federal Institute of Technology in Zurich and the Self-Assembly Lab of the Massachusetts Institute of Technology. The tower was made by an algorithm-guided robotic arm placing specific patterns of thread, with humans then simply pouring a layer of gravel. These steps were repeated until the sculpture reached the desired height. Although the surface is fragile, the core is solid.The goal was to create an installation that can be taken down and reused.

Implications to Architecture and Design

The labs are continuing research on this construction method and its potential applications. The designers are hopeful that this can be used in landscape architecture and full-fledged buildings, allowing them to be repurposed after years of wear as the raw materials would be unchanged.

Read This Next
Diner Drama
People Furious at Robot Serving Pancakes at Denny's
Robot Violence
YouTube Accidentally Removed Robot Battle Videos for "Animal Cruelty"
Buzz Off
Tiny Spies: This Insect-Like Flying Robot is Smaller Than a Penny
Automating Gym Class
Toyota's Basketball Robot Can Nail Three-Pointers
Guardian Exoskeleton
The U.S. Military is Buying a Brutal-Looking Powered Exoskeleton
More on Robots & Machines
Quacks Like a Duck
3:04 PM on futurism
Watching Elon Musk's Robot Back to Back With Boston Dynamics Is... Something
Arm the Plants
Yesterday on the byte
Project Lets Houseplant Control Robot Arm Equipped With Machete
Gunne Sax
Sep 29 on the byte
Man 3D Prints 110 Guns, Sells Them to Buyback Program for $21,000
READ MORE STORIES ABOUT / Robots & Machines
Keep up.
Subscribe to our daily newsletter to keep in touch with the subjects shaping our future.
+Social+Newsletter
TopicsAbout UsContact Us
Copyright ©, Camden Media Inc All Rights Reserved. See our User Agreement, Privacy Policy and Data Use Policy. The material on this site may not be reproduced, distributed, transmitted, cached or otherwise used, except with prior written permission of Futurism. Articles may contain affiliate links which enable us to share in the revenue of any purchases made.
Fonts by Typekit and Monotype.