This Device Lets You Feel What Happens in the Virtual World 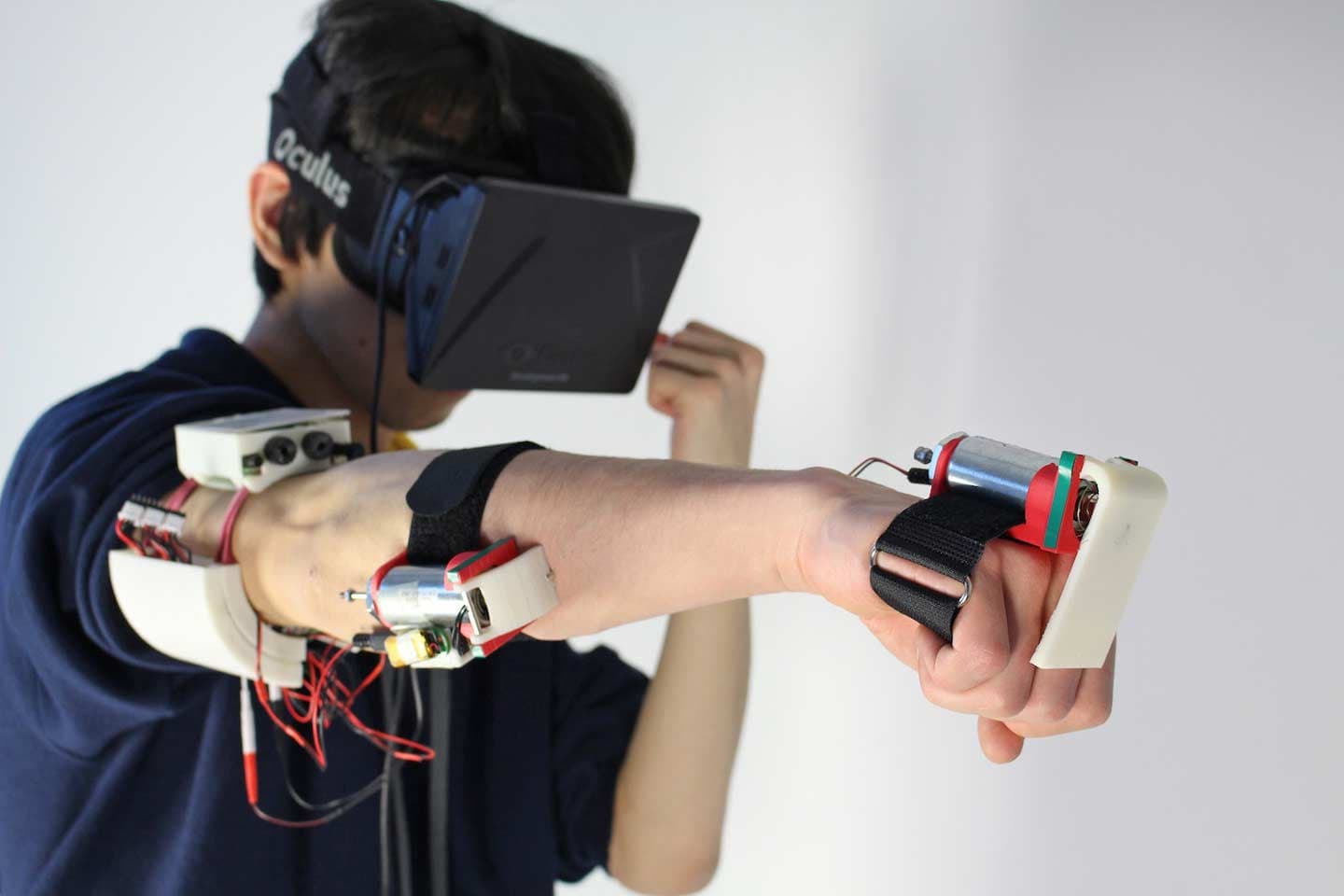 Image by Wear It

Once only thought of as a dream, as an impossible vision, virtual reality is slowly (ever so slowly) taking over society. However, virtual reality may be about to make a bold leap forward. Researchers from the Human-Computer Interaction (HCI) lab at Germany’s Hasso Plattner Institute are working on Impacto, a virtual reality device that lets you feel what happens in the virtual world.

They now have a working prototype that is integrated into a band that can be worn on the arm, leg or, foot of the user. When a VR experience incorporates this new software, to a certain extent, Impacto simulates a physical response in the wearer, so that he or she can actually sense the things that occur in virtual reality.

The team demonstrated the tech in a boxing game, showing how users can actually feel the impact from blocked punches on their arms  (don't worry, the shock is not so much to leave a bruise). They also demonstrated how players can feel each strike from a soccer ball as they bounce it on their hands or feet. The device is self-contained, wireless, and small enough for wearable use, thus it leaves the user unencumbered and able to walk around freely in a virtual environment.

Impacto combines a haptic vibration engine with electrical muscle stimulation to actually create a sensation of pushing or pulling, closely mimicking the feeling of contact from actual physical objects. The Imapcto simulates a strong hit by decomposing the stimulus. It renders the tactile aspect of being hit by tapping the skin using a solenoid. It adds impact to the hit by thrusting the user’s arm backwards using electrical muscle stimulation.

The researchers intend to expand further, so that users would be able to feel contact on other parts of their body. In fact, they claim there are already plans to create new Impacto modules for the abdominal region and shoulders.