The Tail of the Tadpole 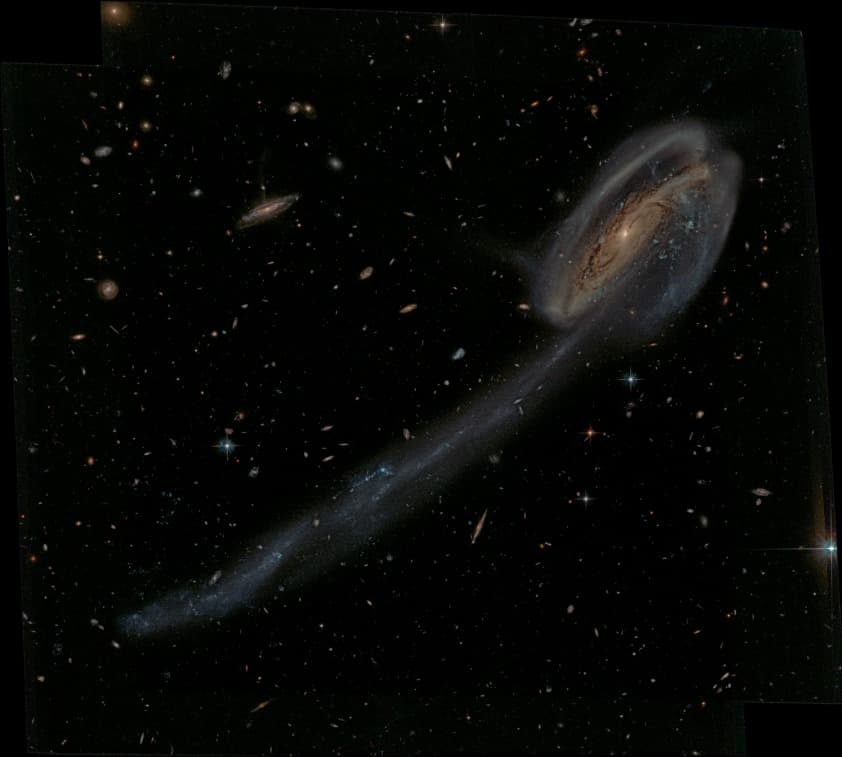 This is the Tadpole galaxy, also known as Apr 188. The Tadpole is about 420-million light-years away and is located in the constellation Draco.

The tail is estimated to be 280-thousand light-years long. Peppered throughout it are hot blue star clusters that were formed out of the tidal stresses. This tidal tail was created when two galaxies smashed into each other to start their cosmic dance of becoming one.

In addition to looking like a tadpole, the galaxy will also behave like one. Over the course of the next few million years, it will loose its tail as the merger continues. Eventually, Arp 188 will either be reabsorbed into the larger parent galaxy, or it will be thrown off into space to never be heard from again.